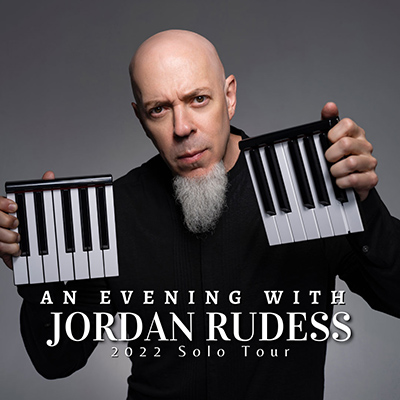 Win A Pair of Tickets

WHERE: Amaturo Theater at The Broward Center for the Performing Arts

Voted “Best Keyboardist of All Time” by Music Radar Magazine, Jordan Rudess is best known as the keyboardist/multi-instrumentalist for platinum-selling Grammy-nominated prog rock band, Dream Theater. In 2010, Rudess composed “Explorations for Keyboard and Orchestra,” his first classical composition. In 2013 he released “All That is Now”, a solo acoustic piano recording which works interactively with his app, “Jordan Rudess Explores” and his orchestral album, “Explorations” which features a 50 piece orchestra. MORE INFO >>

Winner will be notified via email.