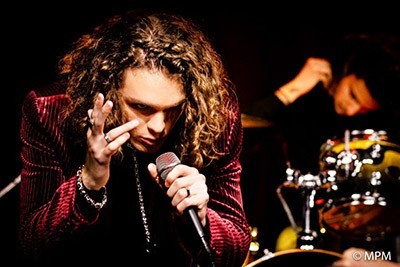 In a strange new modern age of music and emotion, Mason Pace addresses the mysteries of humanity and exposes the vastness between light and dark in everyday life through his driving guitar riffs, sacred choruses, and wide musicality.  He takes listeners on a journey to confront the fears of vulnerability as well as restore common human decency and connectivity.

From his origins in Boca Raton, Florida, Mason has already made his presence quite known.  As a recent Gibson and Kodak sponsored artist, he has opened for and headlined with acts like Cheap Trick, Joan Jett, Vince Neil, Ace Frehley, and Phil Collins.  He released his diversified debut album 'Whateverland' to the world in 2018 and received a great response from his fans and supporters.  Mason now has his eyes set on his second grand release , set for early 2021.