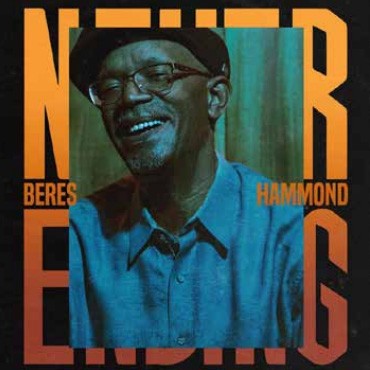 Don’t be deceived by Beres Hammond’s cool profile. The playful smile, the unassuming demeanor, the beard and the cap and the spectacles might lull you into forgetting that you’re in the presence of an awesome musical talent, Jamaica’s greatest practicing singer/songwriter. Beres remains cool, though he knows that he’s one of a handful of people responsible for maintaining a mighty legacy of soulful reggae music—a select group of artists like Toots and Gregory, like Dennis and Bob. “Father bless me with a song,” he pleads on the last cut of his latest album, Music Is Life, “to make the whole world sing along. Regardless of the race, regardless of the taste.” In the year 2001, the blessings just keep coming, and the world is just starting to catch on.

Over the course of a 30-year career, Beres has poured his smoky-sweet voice—an instrument of subtlety and power reminiscent of an Otis Redding or a Teddy Pendergrass—over every kind of riddim track, from the funked-up reggae jams of the ’70s fusion band Zap Pow to the lush instrumentation of his 1976 album Soul Reggae to the spare digital beat of his 1985 dancehall breakthrough “What One Dance Can Do.” In 1990, his album A Love Affair for Donovan Germaine’s Penthouse label raised his popularity to new heights. Cuts like “Tempted To Touch” and “Who Say” with Buju Banton are still as effective in the dancehall today as they were as pre-releases. The ’90s proved to be Hammond’s decade, during which he blazed a trail of modern classics for a variety of producers, from the strugglers’ anthem “Putting Up Resistance” (Tappa) to lovers’ laments like “Come Back Home” (Star Trail) and “Double Trouble”(Steely & Clevie).

Beres started building his home studio in the early ’90s, before it became the trend among successful reggae artists to take over their own production duties. But his spontaneous method of composing, and his unwillingness to compromise, made a home studio the natural choice. Although the trend of self-production as a whole has, at times, diluted the quality of music coming from isolated individuals poking at computer keyboards, Beres’s little music room attracts a steady stream of Jamaica’s most talented musicians.

“The room have a sound,” he says of his simple but effective analog sound lab. “Some of them say it remind them of the old days at Channel One.” Ace session bands like the Roots Radics, drummers like Sly Dunbar, hornsmen like Dean Fraser, and a variety of talented singers and deejays, both veterans and upand-comers—all come to “hold a joy”, play a game of Ludi, share a smoke and a laugh, and to make music together. “When they go in my studio, they don’t want to come out,” Beres explains with humorous understatement. But he knows all too well that the survival of classical reggae music depends on such oases of creativity. “We a try bring back the golden days of the Seventies, when reggae had the live drums and horn sections.”

The rub-a-dub groove of his current smash single “They Gonna Talk” (track two on Music Is Life) was recorded right there in the home studio by Flabba Holt and Style Scott of the legendary Roots Radics, whose riddims are clearly as powerful today as when they were the backing band for giants like Gregory Isaacs. No computer can rock quite as steady as these veteran musicians. “I personally don’t believe in a whole heap of technology business,” says Beres. “It’s all about what you have to offer. As long as your vibes is there, that’s what the people feel.”

Beres’s sophisticated musical taste is well suited to translate easily across cultural divides, yet the international reggae massive has remained his most loyal fan base. He did collaborate on Maxi Priest’s first American hit, “How Can We Ease The Pain,” in 1990. A brief encounter with Elektra Records in 1994 yielded the excellent but under-appreciated album In Control with its R&B-flavored single “No Disturb Sign.”

You will have the chance to see the brilliance that is Brers Hammond on August 25th at the Broward Center in Fort Lauderdale.