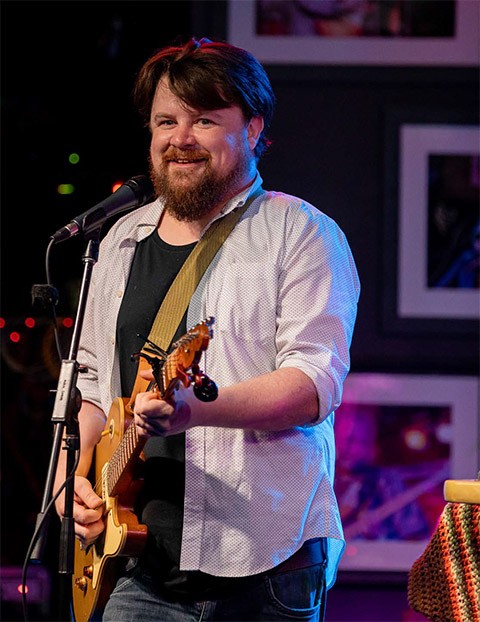 Electric bluesman Damon Fowler had folks dancing at The Funky Biscuit in Boca Raton on Saturday, March 13. The venue was filled with masked blues lovers who respected social distancing. The talented guitarist, singer and songwriter from Brandon, Florida is known for featuring extraordinary slide techniques, along with acoustic and electric and dobro onstage. The artist also loves to engage his audience with entertaining tales from the road. Damon released a new album with Landslide Records on March 26, Alafia Moon, his first since 2018’s Whiskey Bayou Session. SFL Music had a chance to ask Damon a bit about his impressive career as a performer.

SFL Music: Damon, your resume includes some of the best of the best, like Buddy Guy and the late great Gregg Allman. You even joined Butch Trucks and the Freight Train Band in 2015. Who stands out the most?

Damon Fowler: Buddy and his dynamics always amaze me. He is incredible. I know he gets credit for being a bluesman and a guitar player, but man, when you break the dynamics down, his singing is pretty damn good. I can say the same about Gregg Allman. I got to open for him a few times, and he’s one of my favorite vocalists. I even got to meet him briefly. I also played in The Dickey Bett’s Band on the last summer tour that he did in 2019. We recorded a live DVD (Ramblin’ Man). That was unreal. Our first night was kind of a warmup gig in Sarasota. We had the next night off and on Friday we were going to be playing in Macon, Georgia. By the time we got there on the tour bus on Thursday, people were already partying in the parking lot. It was crazy. It was like we were playing at the Super Bowl.

SFL Music: Is there any one stage that you feel at home?

Damon: The Funky Biscuit will always be one of my favorite places to perform. I love playing here because it’s an actual music venue, not a sports bar. People come here to enjoy live music. The venue has a wonderful sound system, and they treat the bands with respect. The Funky Biscuit is kind, loving and giving to both musicians and fans. I grew up in the Tampa area, so my home base was a place called Skipper’s Smokehouse. Skipper’s is very dear to my heart. I’ve been performing there since I was 14 years old. Unfortunately, Skipper’s had to shut down this year due to Covid. They’re trying to open up again. 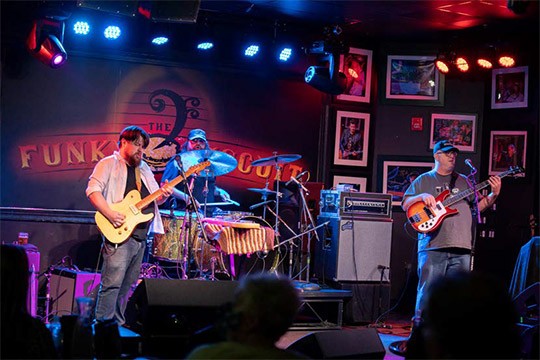 SFL Music: Do you change your set-list every night?

Damon: I do because I don’t actually have a set list. We are always adding songs. But I really just go with how it feels that night.

SFL Music: Kind of guitar do you play?

Damon: I play a few different ones. I have a Telecaster that my friend Steve White and I built. It’s a Gold Top and its set up more like a Fifties’ Les Paul because the toggle switch is up by the horn. That’s my main guitar. Then I play a lap steel (guitar) in the show. Right now, my lap steel is a 1952 Fender Champion.

SFL Music: What inspired you to become an artist?

Damon: I began playing when I was quite young. I was a 10-year-old kid with asthma, and I wasn’t very athletic. I lived at my grandparents’ house and they owned a septic tank business. My mom and all my uncles worked for them. So on Sundays, they would have barbecues. In our yard, my grandparents had a pool with a little deck. Everybody would get together and jam a bit with acoustic guitars. Some people get together and watch football or go to church. I thought that’s what people did on Sundays. This all took place in Palm River, Florida.

SFL Music: Was there any one concert that changed your life?

Damon: A concert that changed my life was one that I got to be a part of. It was Jonny Lang and Jeff Beck. Jonny ended up getting pinkeye, so they called the guy from Skipper’s and he called me. I was probably 18-years-old, and I got to open for Jeff Beck at the Ice Palace (today’s Amalie Arena) in Tampa. From that gig on, my life was changed.

SFL Music: Anything else you want to tell South Florida music fans?

I am super happy that things are getting back to normal. I feel more gratitude towards the fans than I ever have. Today, March 13, is the one year anniversary of the first gig I had to cancel due to the pandemic. I am excited to be playing live music.