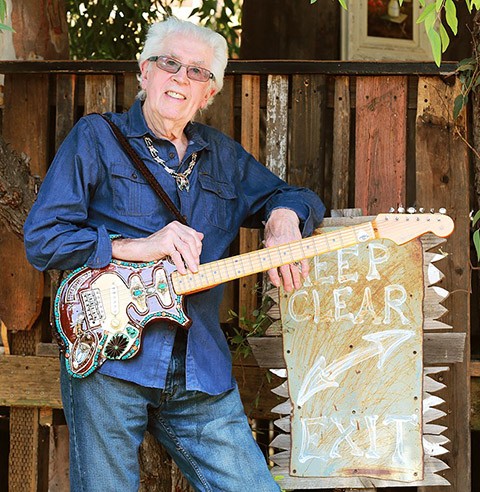 The Godfather of British Blues, is still going strong in his 80s. The artist keeps himself busy writing, as well as touring and recording in the studio. South Floridians are among the fortunate individuals who get to frequently experience Mayall onstage. SFL Music Magazine was incredibly fortunate to have John answer some questions we posed about his impressive career.

SFL Music: John, we have been big fans for many years. Your followers down here appreciate that you visit our home so often. After all this time, you were still playing over 100 dates a year before the pandemic hit. How has the abrupt halt to live music impacted you personally? You still had time to put out a new album, write an autobiography, and embrace online streaming. Don’t you think you deserve a little time off?

John Mayall: I always seem to be full of enough ideas to keep busy. At the moment I’m expecting to see the reviews and reactions to my new album that I’m proud of with my formidable sidemen Jay Davenport, Greg Rzab and Carolyn Wonderland on guitar. It is hard for everyone who is being deprived of some live shows, but I expect the time will come soon when we can get back to performing.

SFL Music: On your new album, Nobody Told Me, produced with Forty Below Records founder Eric Corne at The Foo Fighters’ Studio 606, you work with an amazing group of guest guitarists. How did you select these five talented musicians to join you on the recording? Creating the stellar lineup is reminiscent of what you did on 1970’s Back to the Roots. Can you talk a bit about that album and what it was like to record it?

Mayall: I was flattered that all the great guitar guests wanted to be along for the ride, and I think everyone did a fantastic job. They all wanted to be a part of the project and I think they all added something special to the tracks they played on. We met Carolyn Wonderland on a Rock Legends Cruise and I liked her style and felt that she’d fit very nicely. With Jay and Greg onboard as always, it all comes together easily and adding Carolyn has worked out really well.

SFL Music: After all these years, you have built quite a catalog. You’ve managed to keep it fresh by consistently changing directions. You even did an album where you played every instrument, besides the drums. Is there anything you haven’t done that is still on your bucket list?

Mayall: I don’t really have a bucket list, but this time around I was honored to be hosting great performances from my good friends who added their special talents to the mixes, along with Jay and Greg. 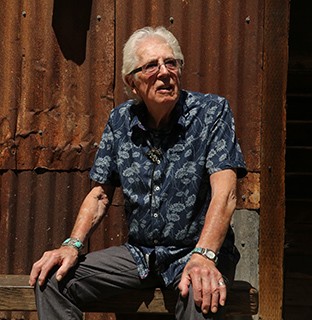 SFL Music: In a Blues Radio International interview, Walter Trout, the guitar master, mentioned a time when he first played with you. He remembered trying to bring out his best Clapton licks, and you took him to the side. You said you didn’t hire him to be Eric Clapton. You hired him to be Walter Trout. Walter claimed that gave him the freedom to be himself. That lesson has stuck with him to this day, and he often repeats it to young guitarists on the rise. We were happy to be in attendance at the Blues Hall of Fame for your much deserved induction in 2016, when Walter’s wife, Dr. Marie Trout presented the award to you. How did that feel?

Mayall: Walter has been a dear friend of mine for many years, so it was lovely to be given the award by Marie. The induction was altogether a very special experience.

SFL Music: At a previous South Florida appearance, award winning guitar virtuoso Matt Schofield brought us backstage to meet you. He wanted to thank you personally for covering one of his songs, “War We Wage,” on your album Find a Way to Care. It was inspiring to see such an accomplished artist wanting to tell you how he feels about your music. But you must have experienced that countless times over the years. Are there any memorable meetings that are worth sharing with our readers?

Mayall: Matt is certainly one of the great original style players, so it was wonderful to have that talk with him. It’s always nice to meet other artists and share our experiences.

SFL Music: Thank you so much for your time,