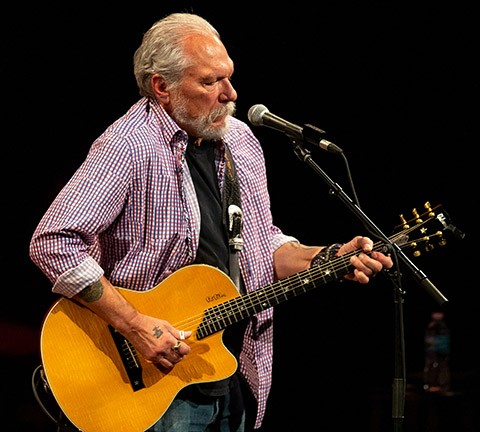 Along with Airplane bandmate Jack Casady they formed Hot Tuna. Beside those two bands Jorma has been a prolific solo artist and collaborator with Robert Hunter, Jaco Pastorius and others. In 1997 with his wife Vanessa, he started Fur Peace Ranch, a music and guitar camp, in southeast Ohio. Jorma will be performing at Old School Square Pavillion in Delray Beach on February 8th at 7pm

SFL Music: Hi Jorma, I’m Tom Craig from SFL Music Magazine. We wanted to ask you a few questions for our February issue coinciding with your upcoming show in Delray Beach on Feb 8th.

SFL Music: I believe this will be the 32nd year of Fur Peace Ranch. This has been a real labor of love for you and your wife. How have you had to change things at the ranch since the pandemic last year? 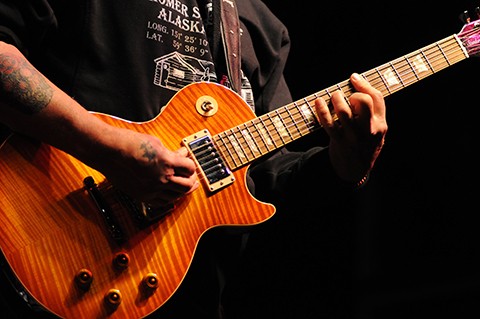 Kaukonen: My wife, Vanessa, and I have been married for 32 years. The good old Fur Peace Ranch has been open for 24 amazing years! Obviously, the pandemic has been a game changer for us as it has been for everyone. The in-person camps just were too prep intensive in order to keep everyone including our great staff, safe. The few in-person camps we had last year only had two instructors with 5 people in each class. We just had to rethink our business model like everyone else and go to Zoom classes. There are some inherent weaknesses with Zoom, but also strengths. We’ve gotten pretty good at it, and we’ll take the win…so to speak.

SFL Music: In 2018 you released your memoirs Been So Long: My Life and Music which is one of SFL Music Magazine’s favorite books. It has gotten so many fantastic reviews since it’s publication. For someone who hasn’t read it yet what would be one thing that they would learn about you from the book that they may not know? With people having more time on their hands to pick up a book and read have sales continued to be good?

Kaukonen: First of all, with a smile on my face I’d say, ‘It has a happy ending!’ For better or worse, it’s as honest as my memory allowed me to make it. I’ve been so fortunate to have in interesting life that I’m more than happy to share with the reader.

SFL Music: It’s a good read, if I do say so myself! During this stay at home time you have been probably the most active artist doing online concerts. How did you come to the decision to go at doing online as regularly as you have? Are you surprised that more artists haven’t done what you are doing online? 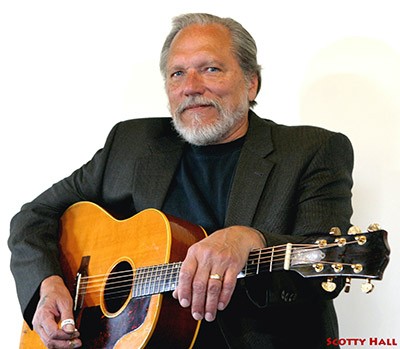 Kaukonen: Yeah, our Quarantine Concert Series. We had no idea it would grow to have such long legs. Of course, we didn’t know the pandemic would last this long either! We’ve had a beautiful 200 seat showcase venue for almost 20 years. We also had a video production facility that called to us to do something after everything shut down. Our production answered the call, and the series was born. Not everyone is blessed to have a facility like ours just waiting to be used!

SFL Music: You are one of the few big names that has also gone out and done a few live dates. What has that been like as far as the audiences and you feeling safe to do it?

Kaukonen: As I write this I have just returned from Alexandria, Virginia where I did a solo show at the great Birchmere. I’ve been fortunate to have done four or five shows since the shutdown. Many of my colleagues have not been able to do this. All the places I played really did it right, and I felt completely safe as I hope the audience did. Driving on the road has been an interesting experience, but so far, everyone I have seen has been masked up and distant, as called for! I’ve become an expert at using Doordash on the road as a result.

SFL Music: There may not be a “back to normal” but a new normal as far as concerts go. When do you see things getting back closer to what we all used to know as the concert experience?

Kaukonen: I am going to guess and say the fall for indoor gigs but definitely the summer for outdoor performances if the venue’s can do it right. That means keeping everyone distanced and masked up. In my opinion it’s up to us to be smarter than this virus. Letting your guard down now is not a good idea. This is my opinion of course, but many of my contemporaries feel the same as I do. And we feel this is just as important for outdoor performances.

SFL Music: What are your thoughts about the recent news of artists like Dylan, Neil Young, Stevie Nicks, Mick Fleetwood and others selling their publishing? Also why now? 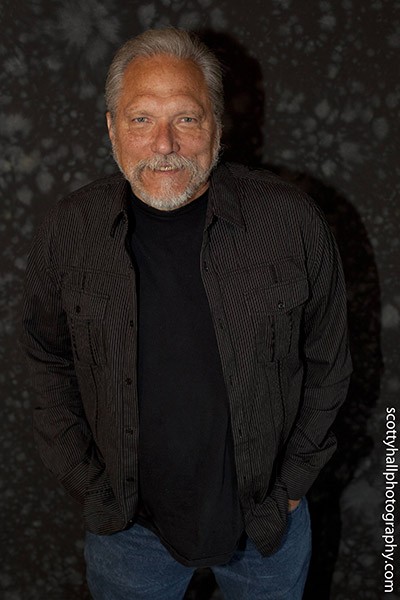 Kaukonen: Boy, I wish I had an answer to this one. You can make plans, but you can’t plan the outcome, that’s for sure. As for artists selling their publishing the good news is that they still had publishing to sell. In my opinion it is theirs to do with as they please.

SFL Music: For our gearhead readers: Do you still have your Gibson’s from the Airplane days? If so, do you still play them and could you tell us a little about them?

Kaukonen: I no longer have any of my electric guitars from the Airplane time. I do have my old 1958 Gibson J-50 that I learned to finger pick on, that I wrote and recorded Embryonic Journey and many other songs from that period including the first Hot Tuna record, Live at The New Orleans House. I’ve been playing it on the Quarantine Concert shows and it still sounds as good as it ever did! It is a truly great guitar and I’m more than lucky to still have it!

SFL Music: What can the fans that are coming to the Old School Square Center for the Arts show in Delray Beach look forward to in your set?

Kaukonen: I’ve been reviving some old tunes from both Tuna and Airplane and reworking them to fit in my acoustic show. I’ve also actually got a couple of new tunes as well. I really look forward to my trip down to Florida. Thanks Tom!

SFL Music: I want to thank you for your time with these questions and we look forward to seeing you next month. Safe travels.