Lee Brice embarking on his Label Me Proud Tour

Performing to a Packed house. Lee Brice embarked on his Label Me Proud Tour, bringing along up & comer Jackson Dean, and veteran Michael Ray for this leg of the tour. The Mizner Park Amphitheater was busting at the seams with enthusiastic revilers. Dusting off their cowboy hats and boots, this crowd was in for a treat.

Opening things up was Dean, who was named Billboard’s May Country Rookie of the Month. He’s making an impact with the latest single “Don’t come lookin” which is climbing steadily up Billboard’s Country Charts. Jackson’s debut album Greenbroke, is out now. Sounding much more like an older veteran, the 21-year-old hangs his hat on his deep, soulful, and powerful voice as well as his emotional songwriting. The rookie has a bright future ahead of him.

Michael Ray came to the stage taking things up a notch. Not your traditional country star, more of a rocking country star, Ray walked out to a Rush intro and had everyone nodding in approval. Jumping right in to “Holy Water” “Kiss you in the Morning” and “Whisky & Rain” all from his debut EP and the latest album Higher Education” the crowd was rocking. With Multiple #1 singles to his credit, Ray continues to bring his gift to the masses, with over 1 billion Global streams, 100 million + views on YouTube and performing at the Grand Ole Opry over 65 times. Michael Ray will soon be a household name.

If things couldn’t get any better, the stage screen started playing an intro commercial for a driver delivering beer to a concert venue, only to be told It was a Lee Brice concert, and that he didn’t have enough beer! Then the lights, sound and the fan favorite hit the stage to raucous applause, singing “More Beer.”

Rolling into an impressive set of 19 songs, the party was just getting started. The crowd let Brice know their appreciation by singing along to song after song. Although the venue was packed from front of the stage to the rear of the amphitheater, it was a peaceful crowd, just there to have a good time. They got much more. as the singer commanded the stage, moving from side to side, acknowledging everyone he could see. With 9 #1 hits under his belt, there’s no stopping this train. The Grammy nominee, CMA & ACM award winner, with numerous other accolades to his credit, is a family man first. Writing and recording songs & building up American Born Whiskey Brand, It’s nonstop for this artist. The show featured ballads that highlighted his supple, weathered voice and skilled song structure.

All in All, this night was one for the books. I’ve never seen so many people enjoying themselves from 6:30 till the close of the evening. When night came and darkness fell on the amphitheater, the lights and sound filled Mizner Park, and the party kicked into overdrive. 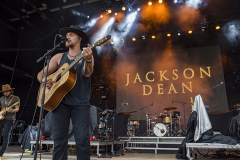 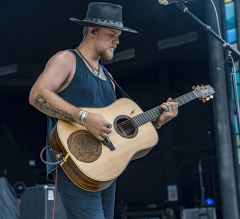 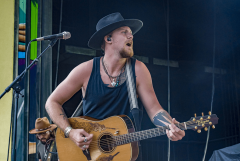 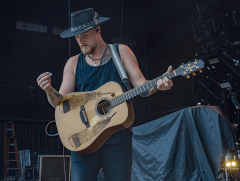 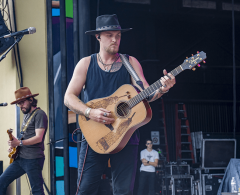 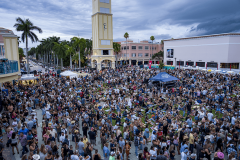 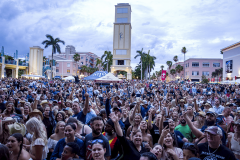 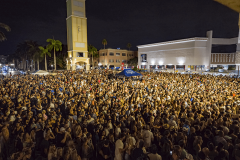 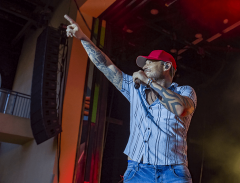 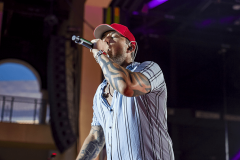 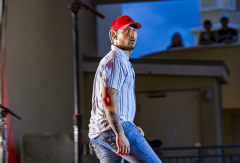 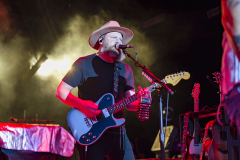 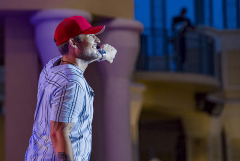