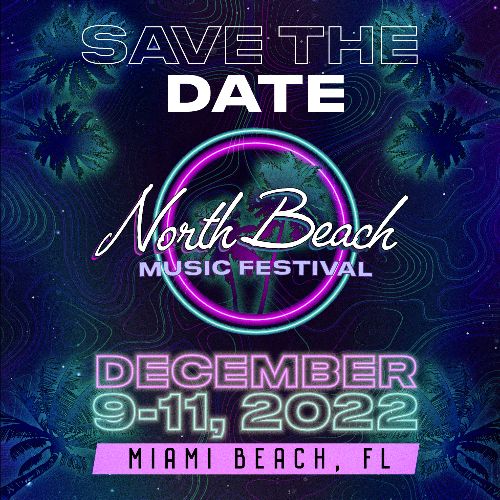 OFFICIAL LINEUP ANNOUNCEMENT COMING JULY 12, WITH GENERAL ON SALE TO FOLLOW ON JULY 15

A very limited allotment of “Blind Faith” presale tickets go on sale tomorrow, June 29th, at 12:00 pm ET via northbeachmusicfestival.com. These three-day general admission tickets will be the lowest price offered, $199 (inclusive of all fees and tax).

In its inaugural year, “NBMF combined the convenience of a city show, the immersive experience of a ‘farm’ festival, and the breezy inclinations of a beach vacation into one thoroughly enticing live music getaway,” wrote Live For Live Music, and brought a long-overdue curation of festival favorites to south Florida, as noted by JamBase. The inaugural lineup featured the likes of Pigeons Playing Ping Pong, Spafford, The Motet featuring Jennifer Hartswick, Shira Elias and Jason Hann, and so much more.

It has been managed by the Rhythm Foundation – a Miami Beach-based nonprofit cultural organization – for the City of Miami Beach since 2015. Built in 1961 by Norman Giller and Associates, the Miami Beach Bandshell is an anchor of the North Shore Historic District. The historic district received its 2009 designation on the National Register of Historic Places based on the characteristic style of MiMo (Miami Modernism or MidCentury Modernism), a post-war modern style of architecture.

Since its construction, the Bandshell has served as a community center and gathering place for North Beach residents. Big bands would play on Saturday nights, creating an impromptu ballroom under the stars. In the 1960s, famed variety TV show The Mike Douglas Show filmed on location here during the winter months. In the 1970s, benches were removed and the venue was used as a roller skating rink. For sixty years the North Beach Bandshell has brought people together in the spirit of community, culture and entertainment.