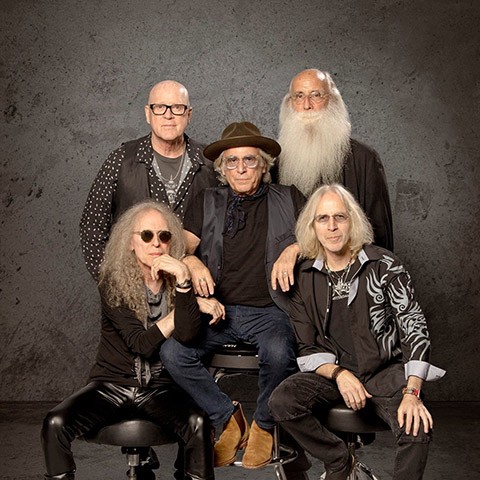 You know your own immediate family but you may not be familiar with the band, The Immediate Family. This supergroup of talented session musicians has been backing major rock artists, like Linda Ronstadt, Keith Richards, James Taylor, Stevie Nicks, Crosby, Stills Nash & Young, Jackson Browne and Carole King for years. They consist of Waddy Wachtel (Guitar, vocals,) Danny “Kootch” Kortchmar (Guitar, Vocals), Steve Postell (Guitar, Vocals), Russ Kunkel (Drums) and Leland Sklar (Bass). They have a lifetime of friendship and paths that have constantly crossed. Wachtel met Kortchmar fifty plus years ago. The more you learn about what these guys have done separately and together, the more impressed you will be. Wachtel’s first guitar solo on a hit record was on Linda Rondstadt’s version of “That’ll Be The Day,” and Kortchmar’s first solo on a hit single was “It’s Too Late” on Carole King’s Tapestry album. Kortchmar had co-produced Don Henley’s first three solo albums and co-wrote “Dirty Laundry.” Wachtel has worked with Warren Zevon and co-wrote “Werewolves of London” and also been a major part of Keith Richard’s X-pensive Winos side project. If you’ve seen Stevie Nicks in concert for her solo tours, then you’ve seen Wachtel, the curly, long-haired blonde skinny guy by her side.

The ultra-cool Leland Sklar has played bass on over 2,000 albums and backed Jackson Browne, Carole King, James Taylor, Phil Collins and Linda Ronstadt, to name a few. Russ Kunkel is a drummer and producer who also worked with Jackson Browne, Stevie Nicks, Warren Zevon, and worked on James Taylor’s Sweet Baby James and Carole King’s Tapestry. His list of top artists he has played with is also incredible, including Bob Dylan, Crosby and Nash, Dan Fogelberg and just way too many to name. Steve Postell is a singer-songwriter, guitarist, composer and producer who has played with Pure Prairie League, Jennifer Warnes, David Crosby and performed on Broadway. Kortchmar, Kunkel and Sklar had released three mostly instrumental Jazz/Rock/Fusion albums under the ensemble named The Section in the 1970’s. At that time, Wachtel had declined to join them – preferring straight-up songs, which is exactly what their new self-titled debut album delivers, straight up, well-crafted songs with a powerful punch. Most are clearly rockers with a dose of some blues and at times, pop but an emphasis on memorable songs. They are super musicians but not show-offs, so no excessive or unnecessary guitar solos. They are a song band, not a jam band.

South Florida is in for a treat as they are coming to play the Funky Biscuit in Boca Raton on February 19, 2022 and sure to be a sellout. They are also playing the Sport of Kings Theater at Gulfstream in Hallandale the following night, February 20. They had done limited performances in Japan, on rock cruises and livestreams and now, after so many years of playing together for other artists, they finally get to tour together and play their own music. Now it’s their time to shine. They are celebrating and touring the release of their first full studio album release in America. Director/Filmmaker Danny Tedesco is working on a documentary on them that should be out in 2022. Their album is a collective effort with contributions from everyone. It’s a true labor of love.

They sound like everybody and nobody at the same time. Sometimes too many cooks spoil the broth but these individual superstar musicians are a high functioning family rock n’ roll unit with an excess of talent overflowing. They compose songs and play at a top-notch level. Songs like “Slippin’ and Slidin’” complete with rockin’ bluesy slide guitar and Waddy Wachtel crooning the clever and sexy lyrics “I’m enslaved by her wisdom and her hips of gold … Am I lost in her sway? jailed by her love? she says, don’t ask me honey, ask the dust.” Or on the song, “Thing Of The Past,” the infectious chorus goes, “it happened so fast, I became a thing of the past.” It’s a song that makes you think. 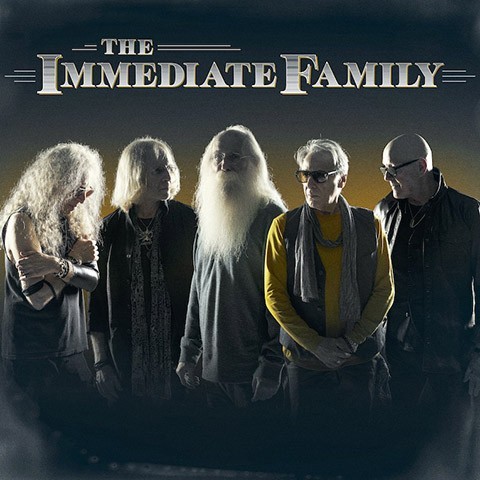 “Can’t Stop Progress,” “Everything That’s Broken,” and “Fair Warning” are surprisingly heavy rockers that you wouldn’t expect from these “Old Guys.” You’d expect it from Metallica or Soundgarden, but these guys? Yep, they just wanna rock and they do pull it off with blazing power and excellent musicianship. The songs are hypnotic, driving rockers from musical veteran perfectionists. Calling this well-crafted is an understatement. The fourteen songs are all interesting and thoughtful songs with a healthy dose of fun thrown in. Their sense of humor comes through especially on “Divorce,” written by Wachtel and Kortchmar, and the cover of the Warren Zevon song “Things to Do In Denver When You’re Dead,” which was co-written with Wachtel. It’s a great job capturing the Zevon essence and they nail it. On “Damage,” they prove they can slow it up and sing a power ballad that could have been from the 1970’s, except the sound is so rich.

“Not Made That Way” was written by Kortchmar and Stan Lynch (Tom Petty and The Heartbreakers) and has beautiful harmony vocals. Kortchmar also brings some soul to the mix. In 1980, Kortchmar put out a great punky album called Innuendo that I wore out, with the songs” Killer’s Kiss” and “You and What Army.” It was like Southside Johnny meets the Ramones. I have been a fan of his for over 40 years. “Time To Come Clean” and “House Will Fall” are written by Postell, Kortchmar and Wachtel. Either could be on an Eagles album or a Don Henley solo album. Wachtel does a great job of singing Zevon’s “Johnny Strikes Up The Band” and he sounds remarkably like Zevon. The band also does a rockin’ perfect version as well. They do a really fine job on the cover of Jackson Browne’s “Somebody’s Baby” that was co-written with Kortchmar. It actually exceeds the original version with more energy and spunk.

The song “Turn It Up To Ten” repeats the lyrics “I heard that song before but I can’t remember when… play that song again and turn it up to ten.” They came to play and this song sums up their new album. You need to turn it up to ten and play this album again….and again. After all these years, this immediate family, named so because they love each other so much, are still playing rock’ n’ roll and loving it. It sure shows!