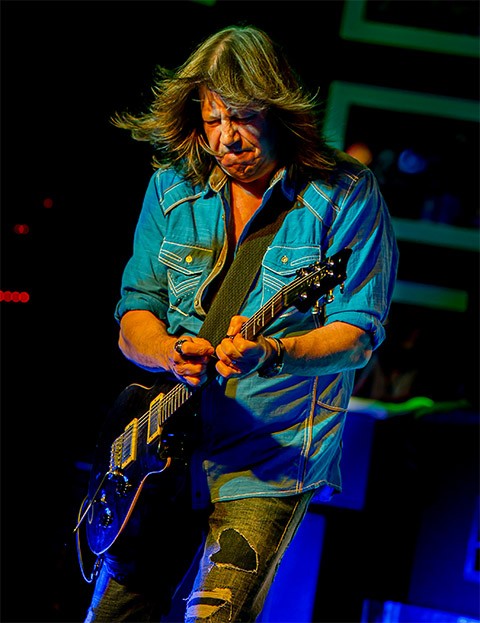 Blues rock guitarist and vocalist Pat Travers will be headlining The Funky Biscuit’s 10 Year Anniversary Celebration in Boca Raton on Saturday, July 17. The legendary artist from Canada has played for literally millions of fans since the Seventies. Time and time again throughout his impressive career, Travers shared the stage with the best of the best. In fact, he played more than 150 dates a year for more than four decades. SFL Music jumped at the opportunity to speak with the living legend about getting the show back on the road.

SFL Music: What are you looking forward to the most at The Funky Biscuit 10 Year Anniversary show?

Pat Travers: Just playing live. (Laughs). And getting a chance to play three of four brand new pieces of music. Because the new material is meant to be heard live. It’s just balls to the wall. I’ll be doing what I am good at.

SFL Music: It’s pretty cool to see you hitting the road again after such a crazy year dealing with the pandemic.

Travers: A year and a half. It sucked. We lost every show we had from February 2020 onward. Coincidentally, I had done a deal to record a new album, The Art of Time Travel. At least I had that to work on. I actually just finished recording it all a couple of weeks ago. The time off the road gave me a chance to work on all the songs and make sure they came out well. So I am very happy with that. The first single will be released in less than two months. The rest of the album should be out before the end of the year, and we’ll be able to go on a full tour to support it. Now we are very excited about all of the songs, the recordings and getting to perform them live.

SFL Music: You experienced Jimi Hendrix onstage when you were a teenager. That must’ve had an impact on your life.

Travers: I saw Hendrix in March, 1968 at the Capitol Theatre in Ottawa, Canada. I was 13 and it was mind-blowing. I had never seen one Marshall stack before and he had three of them. It was very inspiration, to say the least. I was lucky enough to see a lot of the classic bands in Montreal, Toronto and Ottawa. I remember seeing Deep Purple. I was just thinking about that the other day because now I know those guys. It’s so weird. I remember seeing them when I was 16 or 17 in Montreal. They were awesome. Later on, I got to know (guitarist) Ritchie Blackmore and all those guys. I just did a show with them a couple years ago. They were awesome and we had a great show. I like hanging with those guys. I have been fortunate that I’ve gotten to meet and sometimes even play with so many of the artists that inspired me when I was a young teenager just getting started. I lived in England for almost 3 years and I got to meet a lot of people over there. It’s been pretty cool. But I always felt, even when I was watching Deep Purple at the Forum in Montreal, I was felt like ‘Yeah, I could be up there. That’s me. I am one of the boys.’ I just imaged that I would be there one way or another. Eventually, it all sort of came true.

SFL Music: Wow. Who else had a direct effect on your guitar playing?

Travers: There were a number of guitar players in the Seventies, like Jeff Beck, Jimmy Page, Eric Clapton, Johnny Winter and Carlos Santana. With those five guys, you could hear any one of them play two notes and you’d know exactly who you were listening to. I studied that to a point where I wanted to have that same thing for my own style of music. 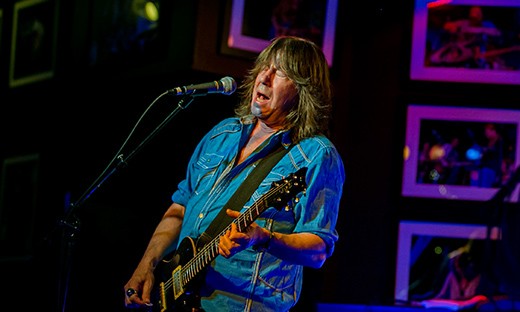 SFL Music: Tell me about your project with drummer Nicko McBrain.

Travers: I actually just talked to Nicko the other day. I first met him in London when I was living there. He joined my band in 1976. We recorded two albums and did a lot of touring together. Then I moved to the United States. Nicko stayed in the UK and ended up joining Iron Maiden. So he landed on his feet. (Laughs). I talk to him from time to time. Nicko is a good mate and a great musician.

SFL Music: Now you are both Florida residents.

Travers: Right. As a matter of fact, Nicko just moved a little closer to me. I am in Central Florida by Orlando, and he was down near Fort Lauderdale until recently. He moved a little bit up the east coast near Melbourne. That means we’ll be able to hang out because I record in Melbourne. My drummer Alex Petrosky and bass player David Pastorius live over there too.

SFL Music: What got you down here to South Florida?

Travers: When I first moved to Florida in 1978 to record an album, I rented a house on an island between Downtown Miami and Miami Beach. We were only there for a couple of months. Then I got a place in Coconut Grove when it was still fairly Bohemian. It was a cool place to live. Then I decided to exit there in 1980. Things just got a little crazy in South Florida and I moved up to Central Florida.

SFL Music: What do you have planned for the future?

Travers: Last year was a real heartbreaker because we had a great schedule. Then of course, it all fell apart. So now we are hoping to retrieve some of those shows. Unfortunately, a lot of the venues have taken a huge hit. It’s going to be difficult for everybody to get back on their feet. But I think people still want to hear live music after a year and a half of being denied. They want to hang out together too.

SFL Music: What else do you want to tell South Florida music lovers?

Travers: We are just ready to come down there and kick everybody’s ass. You’re going to love the band. We’ve been recording and rehearsing all this time, so we are tight. We’re ready to take the stage.