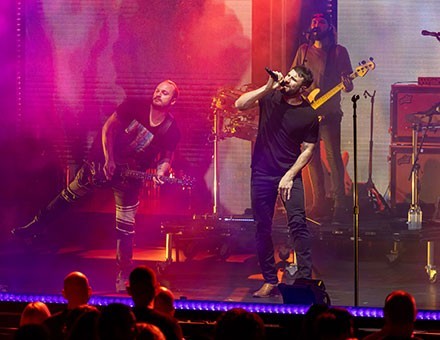 When I found out that fellow Georgia native Sam Hunt was playing at the recently renovated Seminole Hard Rock Hotel & Casino, I knew I wasn’t going to miss it.  Even though I’ve been a huge fan of Sam since 2014, I hadn’t had the pleasure of seeing him perform live.

Before his successful solo career, Sam Hunt was writing singles for many mainstream artists.  He wrote Kenny Chesney’s chart topper “Come Over”.  He has also written for Keith Urban and Reba McEntire.  He’s a songwriter first and foremost who writes from his own experiences, which is why his fans love him so much.  He gets us.  It’s what we’re thinking, what we’ve experienced, sung out loud.

When he hit the stage the first chord had the crowd jumping to their feet and dancing.  He performed so many songs, I had a challenge keeping track of them all.  Running down a list from memory:  “Hard to Forget”, “Kinfolks”, “Take Your Time”, “Raised on It”, “Speakers”, “Ex to See”, and “Breaking Up was Easy in the 90s”.  At one point with the band playing he walked through the aisles singing “House Party” with microphone in hand. It seemed spontaneous because the rest of the band members looked as surprised as the audience did. That was a definite crowd pleaser.

Sam took a few moments to acknowledge how challenging the pandemic has been and thanked everyone for coming out.  He talked about not ever taking for granted one moment to play live and then performed a great stripped down acoustic version of “Take Me Home, Country Roads” by John Denver. 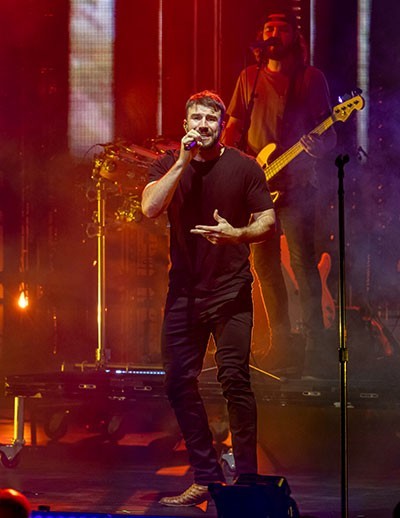 His latest single “23” is about a couple who have long gone their separate ways yet still retain the memories and experiences they only shared with each other.   His lyrics speak powerfully saying you can do whatever you want but you’ll still only ever be this age with me.

More information on his music and tour dates can be found on www.samhunt.com

Newcomer, Conner Smith opened the show.  I’ve never heard any of his music before but he had me by the chorus of his first song.  He did a few covers like “Somewhere in a Small Town” and “Something Like That”. They were great.  I really liked his version of “Save a Horse” by Big and Rich.  His song “Tennessee” (a story about a boy getting to know who a girl was before she was his) is brilliantly written.  He performed an original that hasn’t been released yet.  It’s called “I Hate Alabama”.  In my opinion, this song is going to be a huge hit.  It put me right back there, those memories of college and loving and losing.  It goes something like this “I hate Alabama because that’s the last place I had you.” He said “You’ll either hate this one or love it”. I loved it. He’s new to me but he’s not new to the scene.  He signed to BMI as a writer at age 9.  And, he does write great songs.

You can find out more at www.connersmithmusic.com.

The entire night was hands down a superb experience.  Being at the Seminole Hard Rock is like being at a theme park for grown-ups. The auditorium is impressive with 2 huge video screens and amazing sound.  Every seat on every level has a great view of the stage and the seats were comfortable too. Not that I spent too much time sitting in them! 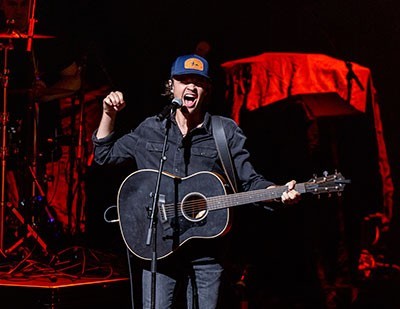 The parking was easy to navigate and there was plenty of signage and security.  The entire facility was clean.  Staff members were everywhere cleaning and sanitizing everything.  It wasn’t a mask mandated concert and I felt confident that the Hard Rock had taken every precaution for my safety.  At the end of the show, the staff thanked everybody for coming and we thanked them for the great time we had.