Steve Howell and the Mighty Men 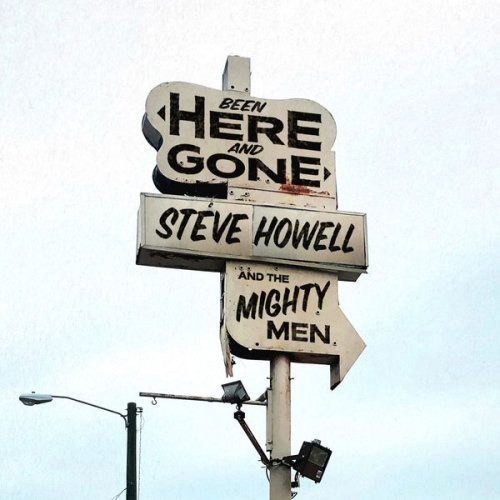 Steve Howell and the Mighty Men
Been Here and Gone

In addition to being his tenth release, it’s my opinion that Been There And Gone is Steve Howell’s best and most interesting of the lot. On the one-sheet included with the disc, when Jim George said “the choice of material is intriguing” he took the words right out of my mouth.

The disc opens with a song that was a hit in back to back years – first in 1964 by Dobie Gray and again in 1965 by The Ramsey Lewis Trio. For those of you who already know I’m talking about “The ‘In’ Crowd” (Billy Page), you’re correct. Just as Ramsey and the guys did, Steve and the Mighty Men are also doing it as an instrumental – or as I like to call songs like these, instrumental sing-a-longs. Unlike the Dobie’s pop version and Ramsey’s jazzy version, I’d call this one more of a laid back easy listening version.

When I saw “Bad Boy” (Lil Armstrong & Avon Long) on the list, I thought I heard the song but couldn’t quite place it. Then once I heard Steve sing “I’m just a bad boy-Oy-O-Oy-Oy-Oy-Oy-Oy-Oy-Oy-Oy. Oy-Oy-Oy-Oy-Oy-Oy-Oy-Oy”….a smile quickly came to my face. That said, besides having heard Ringo Starr and Sha Na Na’s versions – amongst others – I believe it’s the 1956 version by the Jive Bombers that I’m more familiar with. Putting all that aside, with the band locked into a soft, jazzy, slow dance groove and Steve nailing the vo-vo-vo-vo-vocals, this is indeed a most impressive rendition.

Maybe it’s because of the fact that Steve Howell and The Mighty Men have been playing “I Believe To My Soul” (Ray Charles) for a very long time that I found it to be one of the best tracks. With a heavy, drum led rhythm, outstanding guitar leads, and powerful and emotional vocals, the guys have this one down pat.

Another instrumental that will have you singing along is the classic Gerry and the Pacemakers’ “Ferry Cross The Mersey” (Gerry Marsden). This rendition is highlighted by Steve and Chris teaming up to create so many wonderfully different guitar tones.

As you might expect, being the only track originally done by an actual rock band – with its fast and furious rhythm and smoking guitar leads – “Black Is Black” (M. Grainger, T. Hayes, S. Wadley) is the discs most aggressive piece. Although it’s another instrumental, remembering the words from when Los Bravos had a big hit with it in the mid-sixties, you’ll most likely being singing along again.

What I have found so interesting about the songs on this album is that just about every one, as familiar as they were, aroused an interest in me to do some follow up research and in doing so, I actually learned a lot more than I thought I knew. Like the fact that “Walk Don’t Run” (Johnny Smith), the discs closing track, was written and originally recorded by a jazz guitarist, and a country version of the song was recorded by Chet Atkins. Of course it was The Ventures who had the smash hit with the song, but on the other hand, countless teenage bands thought they all did, as well. Thanks for the memory guys.

To find out more about Steve Howell and his newest release just go to – www.stevehowell.com – and should you have not yet received your copy of Been Here And Gone for airplay, please contact Betsie Brown at – www.blindraccoon.com. Remember, wherever you go and whoever you contact, please let them know the Blewzzman sent you.