The Floyd Experience Us & Them 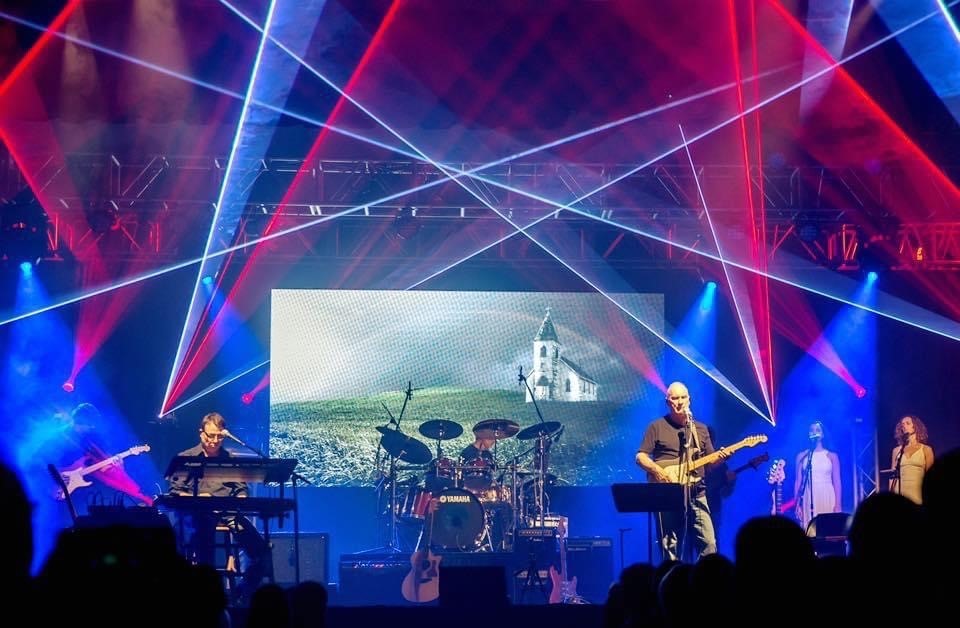 The Floyd Experience – Us & Them

On June 30th, South Florida’s premiere tribute act, The Floyd Experience presented US & THEM, a socially distanced event by Endless River Productions. Recorded and edited while under quarantine by the bandmembers, it was their way of sharing timeless Pink Floyd tunes with countless fans until they can conquer the stage again with their vibrant performances. As keyboardist and vocalist Jeff Leone expressed, “The new dynamic created by the quarantine conditions has forced us to use alternate ways to reach our fans.” Fortunately for Pink Floyd fans everywhere, The Floyd Experience’s Facebook Video Premiere of US & THEM was a superb success.

Rather than simply posting to their Facebook page, The Floyd Experience decided to make the premiere of the Us & Them quarantine video a shared experience with fans. Members of the band who missed performing while under lock-down, took it upon themselves to record their individual parts in their respective home and rehearsal studios. As the phenomenal vocalist Lucie Pierro explained, “We are taking every precaution necessary to keep our team safe.”

During the video premiere, viewers got to see seven to nine artists appear on-screen in separate boxes contributing their musicianship to this modern version of the Pink Floyd classic. Music Director and guitarist Tom Christopher was the first voice viewers heard on the track from 1973’s The Dark Side of the Moon – “Us and Them. And after all, we’re only ordinary men.” Throughout, the screen would swap back and forth from color to black and white, as well as rearrange the individual frames onscreen showcasing the different musicians, as online viewers watched and commented with “Like” and “Love” emojis continuously popping up in the bottom right corner of their screens. 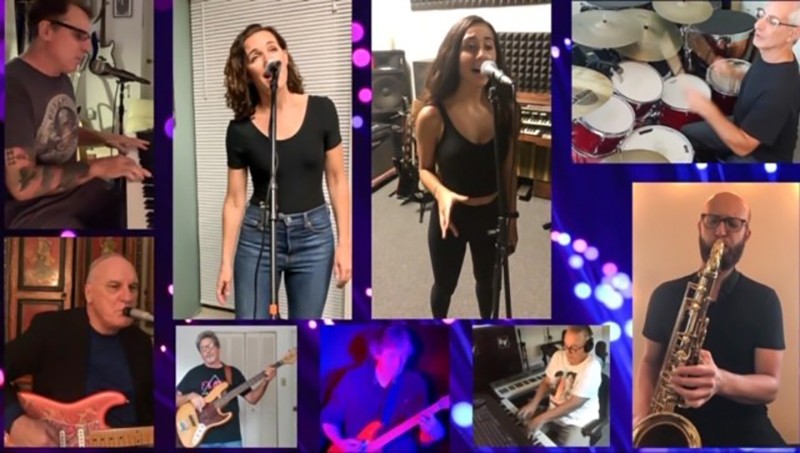 Written by Roger Waters, “Us and Them” is about war, along with the internal conflict that eventually leads to insanity. It’s the only piece on of the album, besides “Money,” to feature a saxophone, which was delivered by The Floyd Experience’s incredibly talented Joe Tierney. It is also one of the few songs Pink Floyd recorded with female backup singers. “It was so cool to hear the gang back together again,” said vocalist Kayla Kuecha.

Bass player Dennis Freireich is looking forward to another online performance where listeners and fans can actually choose what song the band performs next. “I wish we could get together to perform because I thoroughly enjoy playing with these guys,” said keyboardist Stan Bernstein, “but for now, all the parts have to be recorded separately.” Once all the individual parts were recorded, it was then synced together by audio editor Ray Rivard and Roy Fantel, video editor and drummer. Fantel hopes to continue “producing videos until we can get back onstage in 2021.”

“Us & Them took several weeks to come together. Because the band worked so hard on it and how well the video turned out, we wanted to give them and the fans an opportunity share in it together and provides some real-time love and appreciation to one another. An online video premiere just seemed like the right way to do that,” said Rosalie Martin, Executive Vice President of Blue Whale Public Relations. “We were also able to live up Endless River Productions’ mission to create true and authentic music experiences,” Martin added. “From the music, to the on-stage production to the look, the feel, and the overall experience the goal is to give fans nothing less than authentic music event. What was awesome to see was that as much as we knew what a great job the band did and how much the fans would love it, we never expected the participation that we had. Since I last checked, there were more than 1,500 views of the video, which is phenomenal.”

Whether its onstage or onscreen, what makes Endless River Productions stand-out, is its commitment to providing fans with the highest quality music, look, feel, sound and production value all working together. ERP is currently working on a “Park and Rock” series, negotiating with the St. Lucie County Fairground for their first concert in November. It will be a two-day event with spectators sitting in or near their cars. “Some promoters are looking into Quarantine Concerts, where the format is much like that of the old drive-in movie venues,” said guitarist Tommy Strowd. “Instead of a movie, you’ll be watching musicians performing live and listening to the concert broadcast on your FM radio.” 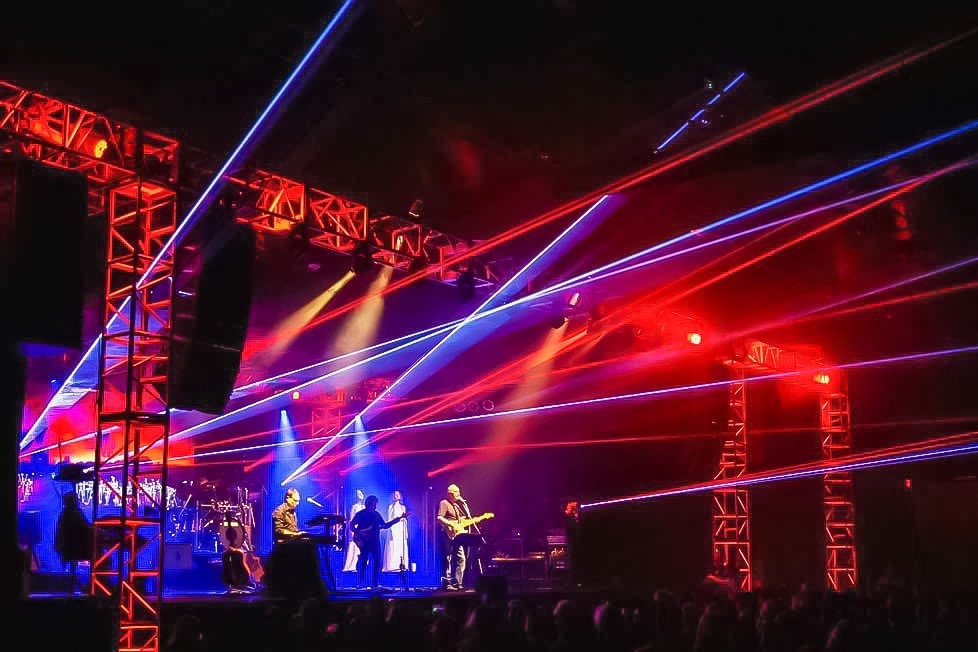 Thanks to the success of Us & Them, ERP will produce more of these types of shows throughout the state. As soon as we can attend concerts in theaters again, the company hopes to transition into traditional festival appearances. “With today’s communication technologies, the use of online alternatives to collaborate are really a lifesaver for live music,” said Bobbie Strowd, President of Endless River Productions. “While we can’t interact in-person, we can still enjoy great music performed by amazing artists.”