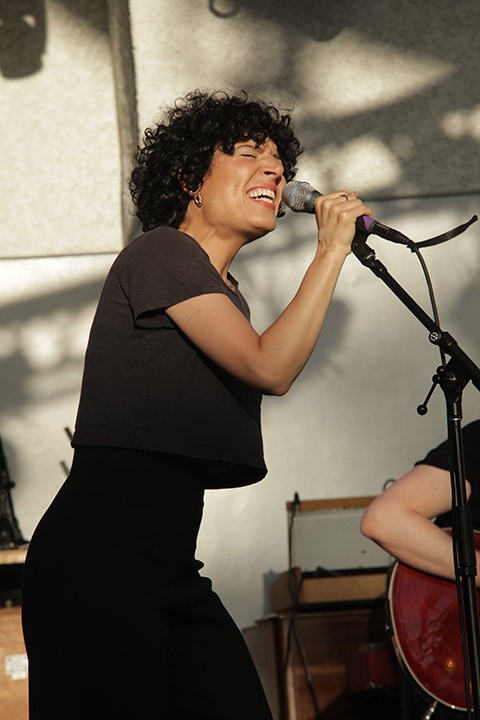 was held on May 6-8, 2022 at the North Beach Bandshell located directly on Miami Beach.

Since its inception in 2017, the GUMFEST has been steadily gaining momentum.  Facilitated by a music label holding the same name, Ground Up Music.  In the label’s own words:  “Ground Up Music stands as a highly-respected independent force…spanning jazz, world, R&B, rock…the label’s commitment to stylistic and cultural diversity…creating a home where inclusivity, empowerment and creativity reign supreme, and the artist is valued above all.”

I learned of this festival from my very good friend and Celebrity Photographer, Fountaine Lewis.  Fountaine has been friends with the members of Snarky Puppy for a long time and had been encouraging me to check them out and hear this music they’ve been producing.  I wasn’t disappointed.  In fact, I felt a little out of my depth because of the caliber of musicians and the complexity of what I was hearing.  Festival goer, Claire McNeiland described the experience “as being something akin to the Marvel Universe.  At the same time, you have all of these stories and characters and you have blended the past and the present, where everything comes together and is beautifully intertwined.”

This was unlike any festival I’ve attended before.  It was refreshing and soul changing.  Nothing about it was mainstream.  For starters, the festival does not overfill the area.  The attendance is capped so that there is plenty of room to move around and enjoy the atmosphere. 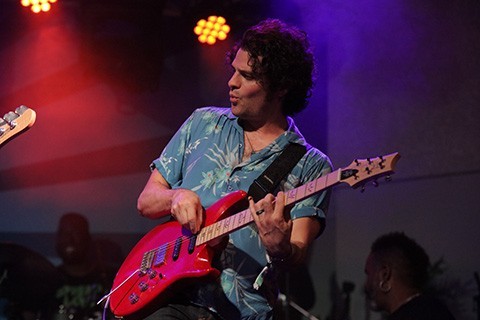 Then, the musicians were out mingling in the crowd before and after their performances.  There were 2 stages but the artists did not overlap each other and the people that saw one show went over to the next.  There were small groups talking and creating music together but not interfering with the ones on stage.  Between the 2 stages, the artists would flow back and forth and they would intermingle with each other, creating music that will never happen the same way again, making it a little challenging for me, as a “newbie”, to keep track of who was who.  Then, there were these late night Jam Sessions that were held at The Citadel.  Also, I watched one of many workshops on the craft of improvisational music.  There was intimate, raw music that was beautiful with drum circles and impromptu acapella songs on the beach. 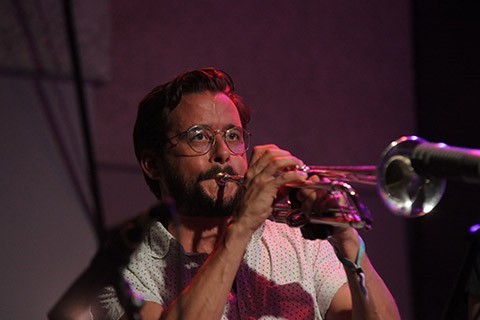 The highlight for me was, having the opportunity to sit down with Mark Lettieri who is a guitar player with Snarky Puppy.  We talked about his latest project with the band, the origin of Snarky Puppy with their Texas roots, and how exciting it was to record live at the famed Deep Ellum Art Company in Dallas,Texas.  The album Empire Central will be released in September.  He told me about his various independent projects including the single Dirty Mindz that was recorded with Zach Brock and released during the festival on May 6, 2022. 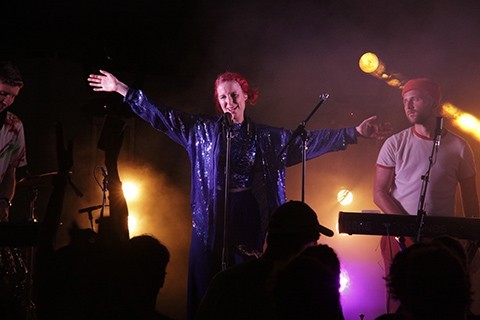 The Ground Up Music Festival already has the dates confirmed for next year, February 3-5, 2023.  Visit www.groundupmusicfestival.com to purchase your tickets or for more information.