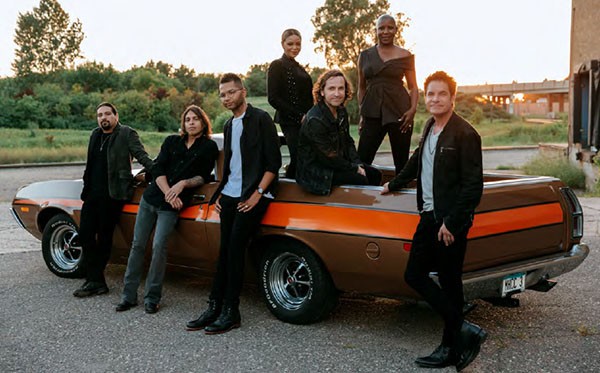 Trains sometimes tend to run late. When Train Lead Singer Pat-rick Monahan ran into a time crunch for this interview, he ex-plained “Hi, hi, hi, hi. I am really sorry about being late. It was either be on time or stay married.” Understandable in the mar-riage world! However, Trains’ timely arrival with the Goo Goo Dolls and special guest Allen Stone will be rolling into West Palm Beach July 6th at the Coral Sky Amphitheatre, Tampa July 7th at the MIDFLORIDA Credit Union Amphitheatre, and Jacksonville July 9th at Daily’s Place.

Train started their successful career in 1998 with their self-titled debut album which spawned their first hit single “Meet Virginia.” Since then, they have sold more than 10 million albums world-wide, have eight Grammy nominations, received three Grammy Awards, two Billboard music awards and have had twelve al-bums on Billboards 200 album chart. Train is no stranger to the stage, so having the opportunity to catch up with Monahan a few months prior to their Summer tour, definitely shed light on how they thrive with their music.

SFL Music: Tell me about this tour. Is there anything you are doing differently?

Pat Monahan: “Well you know it’s always different when there’s collaboration between artists and these are all different artists, so we’re going to do some fun stuff together on stage. Then I think you’re going to hear a whole lot of songs that you’re going to recognize.”

Monahan: “Yes, that’s right. Then, also the Goo Goo Dolls have an enormous amount of songs that you’ll recognize. So, it’s just going to be a whole night of good fun.”

SFL Music: How did this collaboration with the Goo Goo Dolls come about?

Monahan: “Well, you know we’ve actually tried to do it for a few years, but we’re both such busy bands that this was our one chance to make it happen since we started talking about it, and then we included my friend Allen Stone who’s from Spokane Washington. He’ll show us all how to do it the right way. He’s an incredibly talented kid.” 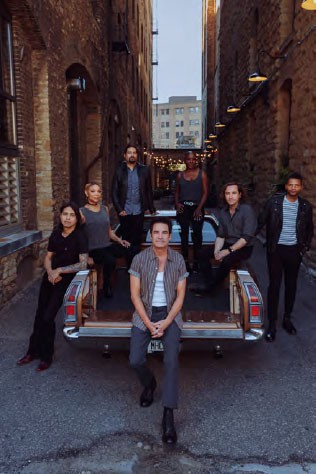 Monahan: “Yeah. I think so. He’s just so soulful. He’s like a young Daryl Hall or something.”

SFL Music: One of the songs on your Greatest Hits you have Kenny G (saxophonist) on?

Monahan: “I have Kenny G on “Careless Whisper” yeah. Kenny won’t be with us unless maybe he wants to join us when we’re close to Los Angeles, because he lives in Malibu.”

SFL Music: How did that come about? How did you end up collaborating with Kenny G?

Monahan: “Honestly, it’s because of the game of Golf.”

Monahan: “I’ve been a big Kenny G fan forever since I was a kid and he played golf. He loves golf. So, I asked some mutual friends in the golf world if I could get his number so I could see if he’d be at all interested in playing on the track, and he was very sweet about it. So now we plan on playing golf together in the future.”

SFL Music: You have fun though?

SFL Music: Are you into other sports as well or is golf your favorite?

Monahan: “Well, you know, I’m too old to play the sports that you’d want to play, but I love racquetball, I play tennis. I play chess and that becomes a sport if you’ve had enough alcohol while you play.”

SFL Music: As far as music who would you say your original influences are? I’ve read your favorite is Led Zeppelin?

SFL Music: That’s a variety of music. What was it about their music?

Monahan: “Well you know, honestly I think, what I’ve always wanted that does not come easy and you never can ask for it and you just have to be it; is cool. Being cool doesn’t always come right away, but when you watch Led Zeppelin, Michael Jackson and James Taylor, those are all very different versions of cool. So, that was the most inspiring part of all of it. I love their music. Everyone thought they were cool and that’s what every young guy wants to be.”

Monahan: “What I write about? How I write?” 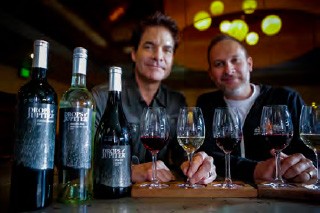 Monahan: “Someone noticed, and I think a lot of people no-ticed, that I think the first four, maybe five Train records were very sad, soul searching records that were about trying to find myself out here, I need help, this is tough. Then I met my wife and then you hear “Hey, Soul Sister” (their #1 best-selling, Grammy Award win-ning hit from their 2010 multi-platinum album Save Me, San Francisco) and “Drive By” (their double-platinum single from their California 37 LP in 2012) and much more upbeat songs. So, you know, we go in waves in our lives and so I’ve written two waves and I don’t know what the next one will be, but I plan on going to New York and LA and espe-cially Nashville to write the next Train album to find out what’s next inside me that needs to be let out.”

SFL Music: Why did you choose NY, LA and Nashville to go to see what’s inside you that needs to be let out?

Monahan: “Well, I’ll also be in San Francisco and Seattle to write, but yeah, the best writing in the world and in London, comes out of LA and NY and Nashville. People move to Nashville from all over the world. People like Peter Frampton, all the guys in Journey, you know like eventually these people go to Nashville because it’s filled with talented song writers. I think a great song can cure just about any ailment.”

SFL Music: So, you think just being in that envi-ronment and listening to the talented songwriters there would be a positive influence?

Monahan: “Yeah, sometimes it’s the saddest you know. Writing songs is like a therapy session. You know, sometimes you’ll laugh with your thera-pist and It’ll be comedy and a lot of times you’ll cry about things that you forgot about. So, writing songs is a very intimate place to go in yourself and you have to really trust the person that you’re with, because you create the best when you are vulner-able.”

SFL Music: Who writes with you?

Monahan: “Well there’s the one guy called Jerry Becker. He and I write a lot together, but for the we stay together. I feel like it’s a beautiful family, musically and backstage, and we’re all longing for the same thing. We want to perform at our best, but also keep getting better and writing bet-ter music and trying to stay engrained in people’s lives.”

SFL Music: Is that something you think about as you’re writ-ing?

Monahan: “Yep, obviously yeah. You know, I have to write for me and then the songs that make albums are the songs that I wrote for me that relate to other people, that maybe they can en-joy. I’ve written plenty of songs that are for me that no one should ever hear because they are really terrible.”

SFL Music: Somehow, I find that heard to believe, but

SFL Music: Ok. Did you grow up playing any instruments like piano or anything?

Monahan: “No, I was a drummer, and then I played very little guitar. I just came up as a drummer and then all the drummers in my life were too afraid to, or all the musicians were too afraid to sing in front of teenage girls, as a teenage boy and I was like, ‘ok, well somebody’s got to do it.’ Then I just uh, I left it at that and left the drums behind me.”

Monahan: “Yeah, I’ve never been trained, but I do admire peo-ple who are.”

SFL Music: That’s impressive listening to your voice. What would you recommend if anything to up and coming singers or musicians?

Monahan: “You know I always just say be yourself at any cost. I was mentioning to someone earlier in an interview that when it comes to art, if you don’t pull out your brush and make that first stroke, you’ll never finish.”

SFL Music: The tour runs through August so when are you going to work on the next album?

Monahan: “I think Next winter in December. If nothing else, the beginning of January 2020. I think that would be a smart time to release is what I’m hoping will be my best work, our best work.”

SFL Music: That’s something for people to look forward to. The other thing I noticed is you all are involved in Family House. Train did a Led Zeppelin album (in 2016, Does Led Zeppelin II) that 100% of the proceeds went to Family House. How did you get involved with that?

Monahan: “Well, being a San Francisco band, we wanted to bring a little bay area to our fans around the world, so we created a bottle of wine that was affordable and delicious. It was a real bottle from northern California. We also wanted to use the proceeds from that to benefit a char-ity, so we chose Family House based on what they represent. They have low income families and their children while their children are being helped and worked on and oper-ated on at UCSF Hospital in San Francisco. Many of these kids have brain and eye tumors and it’s kind of what UCSF does best. They come in from all over the world and give these families a place to live while many of them have to quit their jobs, and it gives them a bit of dignity while they go through the worst things in their lives.”

SFL Music: What would you say is your favorite wine?

Monahan: “Well it depends, I’m really into champagne right now, but you know a Grey cab from anywhere is always great.”

SFL Music: Is there anything that you want readers to know or look forward to Train coming to Florida?

Monahan: “Well first of all, we have our ‘Drops of Jupiter’ wine label in all of your Publix. So, support Family House and go check out a great bottle of wine. So, Florida, man that’s where the hottest things are for us. It’s always exciting.”

SFL Music: What are you looking forward to when you come to south Florida or Florida in general? Do have a favorite thing that you look forward to doing?

Monahan: “Mostly seeing friends, I have some really dear friends in that part of Florida. So, I always look forward to going there and catching up. We’ll go have dinner and have a glass of wine and ah, have some laughs. That’s the most that I look forward to other than the great crowds that we play to and the beautiful weather.”