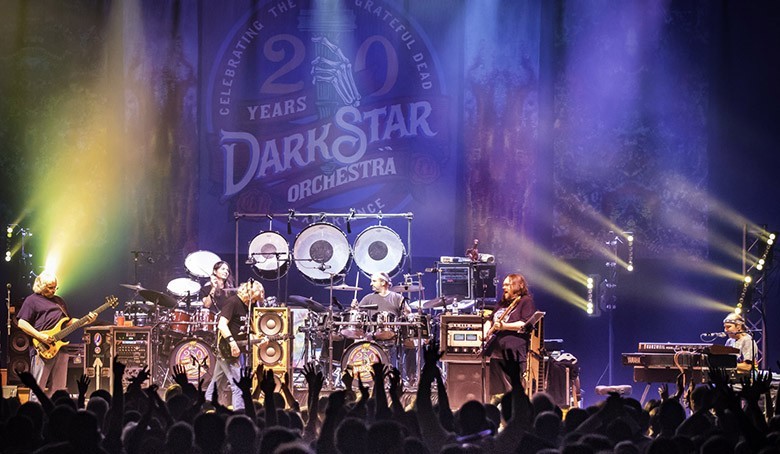 1. How does the band go about picking the which Grateful Dead show they are going to cover each night?
A: Certain shows for certain cities? Quite a bit of planning goes into it. One band member takes on the responsibility. It would be impossible for all of us to have a say. He puts in a lot of research before we hit the road and there are a few main factors that go into it. First, how big is the stage/how much gear will fit on there>Second what did we do last time we were there? We want to try and do a different era every time we come to town.third what did we play last night- we try not to repeat songs and lastly we might try to match up a date or the city we may be in.

2. Is there one or two special setlists that you are holding back on purpose?
A: Like a special DSO 25th anniversary show? Not really, we just kind of go for it based on the criteria we talked about

3. With the 25th anniversary of DSO coming next year, that means in the blink of an eye it will be 30 years where you will have eclipsed the entire length of the Grateful Dead. Are you going to ask Dead and Company to cover one of your shows covering your favorite Grateful Dead show? (laughing).
A: Well, another 5 years isn’t exactly the blink of an eye- Being on the road is tough tough tough. It’s crazy to think we have already been at it for 20+ years. 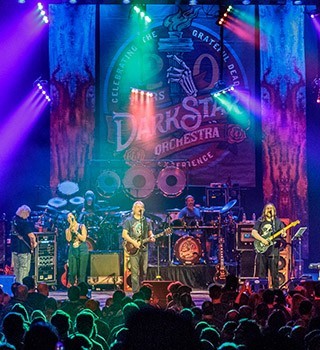 4. Is there a GD date you absolutely wouldn’t cover? And why?
A: Not a particular show, but we don’t really hit the latter years too much. I think we have only done a handful of shows past ’91. A lot of newer songs that we haven’t really gotten into playing are in there. It is hard to find setlists that don’t include at least a couple of those.

5. Anything special that you want your South Florida fans to know?
A: We are THRILLED to be back. It has been a long time coming and we are just so happy to be back on the road, even though it still isn’t quite “normal”. Lots of protocols and precautions need to be adhered to so we can stay healthy and safe out there. Nonetheless, is is great to be playing on a regular basis again. Also, time fo my shameless plug- while we were off the road I started a podcast called The Music Plays the Band where I talk to musicians about how they got into the Dead and the influence it has had on their careers. Many guests so far including Donna Godchaux, Jeff Chimenti, Jorma Kaukonen, Bob Crawford from the Avett Bros and many more. Check it out!!