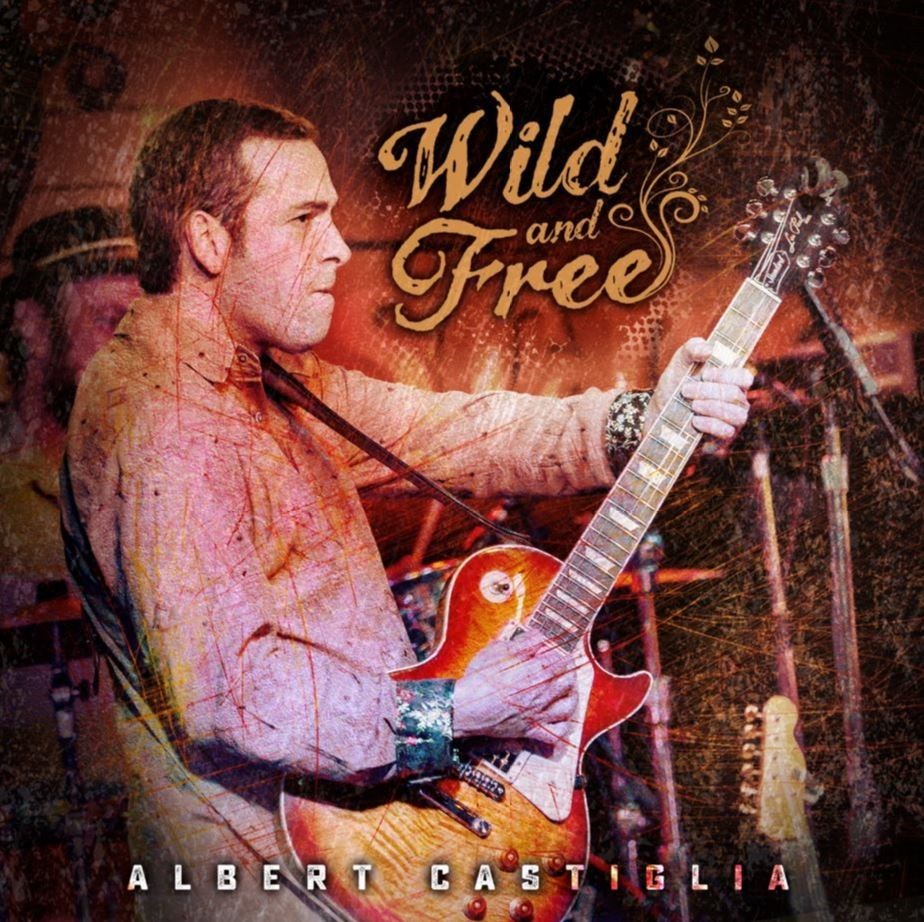 “This record is for the Albert Castiglia hardcore fans. It captures Albert’s electricity and passion when he’s with his people!” – Mike Zito

The new album by the Albert Castiglia Band, Wild and Free, was recorded live at The Funky Biscuit live in Boca Raton, Florida. This in-your-face live performance captures the energy and guitar mastery that Castiglia shares with his audiences each time he takes the stage. With special guests Mike Zito, John Ginty, and Lewis Stephens, this is THE live album Albert Castiglia fans have been waiting for!

Wild and Free has everything blues fans are looking for: great songs…guitar virtuosity…and the raw power and emotion behind Castiglia’s live performances.

The Miami-raised musician served an apprenticeship while backing legendary blues musician, Junior Wells. He later went on to work with singer Sandra Hall. Never content to allow himself to be confined to any particular category, Castiglia embarked on a solo career that’s yielded nine critically-acclaimed albums and constant kudos for his exceptional instrumental prowess, searing vocals, and live performances that have dazzled audiences from coast to coast. It’s little wonder that Miami’s New Times lauded Albert as South Florida’s “Best Blues Guitarist” or that USA Today was inspired to remark, it’s a revelation to discover the thrilling retro electric-blues from this astonishing young guitarist.”

Bluesabout.com called Castiglia, “one of those mid-tier artists that is just one album away from breaking big and becoming a household word in the blues world.” M Music & Musicians notes, “Castiglia’s back-to-basics approach follows in the footsteps of those who fostered the blues in the Mississippi Delta and the smoky late-night haunts of Chicago.”

After the highly successful and critically-acclaimed release of 2019’s Masterpiece on Gulf Coast Records, Castiglia was nominated for two 2020 Blues Music Awards in the categories of “Blues Rock Album Of The Year” and “Blues Rock Artist.”