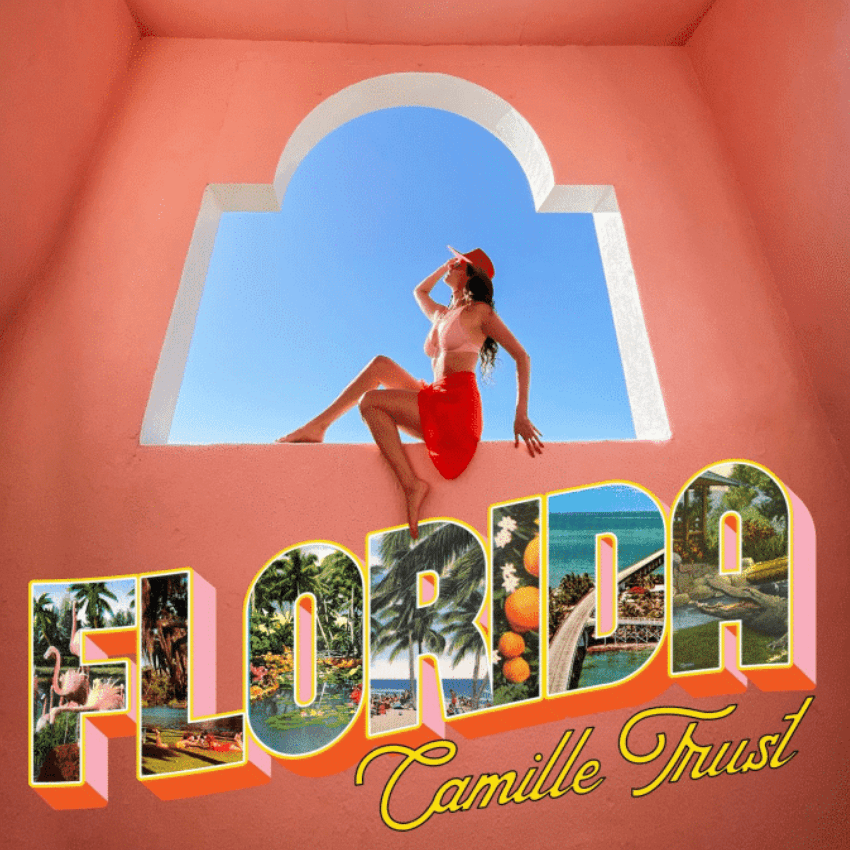 (Los Angeles, CA) – Emerging songstress Camille Trust is set to release her highly anticipated upcoming single, “Florida” on March 26th. The song will be available on all major streaming platforms including, but not limited to Apple
Music and Spotify.

To know Camille is to love her soul-baring, unapologetic music. The NYC-based singer/songwriter released her debut EP “No Other Way” in May 2018 and has quickly established herself as a strong female force in the music scene, garnering praise from the likes of Billboard, Nylon, DuJour, Popdust. Camille is also a proud member of the Resistance Revival Chorus, performing and recording alongside Jim James, Kesha, Carly Simon, Phillip Glass, Ani Difranco, and receiving recognition from eminent artists like Shawn Mendes. As of recently, she has done back up vocals for Shawn Mendes and Nathaniel Rateliff on Saturday Night Live as well as the MTV Video Music Awards. With an intoxicating blend of 60’s Soul, 70’s fun, and contemporary Pop, Camille has a sound that is both nostalgic and avant-garde.

Camille’s upcoming single, “Florida”, is a reflection of Camille’s journey over the last year. Written and produced solely over Zoom, Camille took this opportunity during the pandemic to pay homage to her Floridian roots and reconnecting to the areas where she grew up as a child. She states… “The song encapsulates hometown memories by playing to the vast differences between New York and Florida. There is longing and heartache when reminiscing about times past and an eagerness to get back to the roots which raised me.”

Camille pays respect to her hometown not only through her cover artwork (taken at the historical Don Cesar Hotel) but with a powerful visual shot in Odessa, Lutz, Weeki Wachee, and Pass-A-Grille, Florida. With this release, she hopes that her art will convey the various sides of Florida that she knows and loves.