With Thanksgiving looming, Rock Hall of Famer Dion returns yet again, this time with two brand new holiday themed tracks. The new songs, “Hello Christmas” out now and “You Know It’s Christmas,” out next Friday through KTBA (Keeping The Blues Alive) Records, the label founded by Joe Bonamassa and his management team. KTBA Records released Dion’s Blues With Friends, a massively successful album that has continued to top the Billboard Blues Chart since its release this past June.

As with Blues With Friends, the new tracks find Dion joined by top-flight artists in support of his efforts. “Hello Christmas” features backing vocals by six-time GRAMMY® winner Amy Grant while Blues Rock Titan Joe Bonamassa joins Dion on “You Know It’s Christmas.” The two sides are reflective of the versality Dion has evinced as a multi-format singer and songwriter over the course of his phenomenal career that has spanned seven decades.

Both of the new songs were written by Dion along with Mike Aquilina who co-wrote many of songs that are heard on Blues With Friends. Dion revealed the impetus for following up that album with “Hello Christmas.” “I was talking with a friend about how the world this year can use a little life-giving love and harmony. I told him that Christmas was the grace that changed my life and that I was looking forward to a shot of that this year. The next day I got together with Mike and I picked up the guitar, started singing and words started to flow. Later I was walking with my buddy [and co-writer] Steve Bottari and he started singing along – with some new words. The song just seemed to write itself, a gift to finish off this challenging year. From the start I heard Amy Grant’s voice on it; she just sounds like Christmas to me. I sent the track to her and she fell in love with it and added a beautiful counter-melody which makes it really sublime.”

Amy Grant commented “I was so happy to join my old friend Dion on ‘Hello Christmas.’ The song makes me smile every time I hear it.”

As far as “You Know It’s Christmas” is concerned, Dion commented, “Blues is my home and I wanted to write a Christmas song with that feeling. Mike suggested a ‘brag blues’ [in the tradition of “The Wanderer”] so we thought what would a bluesman brag about at Christmas? How he bought just the right gift for his girl and how she’s going to love it! Christmas is all about giving and I think the song catches that vibe perfectly. Joe Bonamassa gave me a great Christmas present by playing lead on it.”

Bonamassa remarked, “It is always an honor to play alongside Dion, he is a National Treasure!”

Blues With Friends offered thirteen original songs with Dion joined by a wide range of friends and admirers including Jeff Beck, Billy Gibbons, Brian Setzer, Sonny Landreth, Samantha Fish, John Hammond Jr., Joe Louis Walker, Rory Block , Jimmy and Jerry Vivino, vintage guitar guru Joe Menza as well as icons Stevie Van Zandt, Patti Scialfa, Bruce Springsteen, Van Morrison, Paul Simon and, as mentioned, Joe Bonamassa. The Wall Street Journal noted of the album, “It takes a rare artist to help define the early days of rock ‘n’ roll and to still have the creative vitality to release a star-studded new album in 2020, but Dion DiMucci has done just that.” The Associated Press offered, “Sounding as soulful as ever at age 80, Dion’s talents on ‘Blues With Friends’ are still running strong and in great company.” American Songwriter suggested, “His songwriting is as inspired and electric as it’s been since he was a kid, writing ‘The Wanderer’ and other classics of rock & roll. He sounds as inspired, if not more, as he has through the decades.” 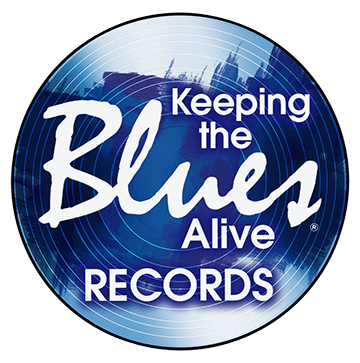 About Keeping The Blues Alive Records: Joe Bonamassa along with his long-time manager, Roy Weisman, have taken the next step by creating a new record label, Keeping The Blues Alive (KTBA) Records. The label is an offshoot of Keeping The Blues Alive Foundation, Joe Bonamassa’s non-profit that aims to conserve the art of music and the rich culture and history of the blues, recognized as a true American art form. KTBA Records’ objective is to provide a platform for musical talent in blues and blues-rock based music and to help promote the careers of extra ordinary musical talent. The label works synergistically with the non-profit’s mission of supporting musicians to continue the legacy of the blues. 10% of all profits from KTBA Records will be donated to the non-profit. The label is an important step in the co-evolution of the music and the business of making it. It represents another of Bonamassa’s continuing efforts over the last 25 years in supporting the artistic community. It reflects the philosophy of paying it forward just as so many others did for Joe in the hope of paving the way for blues-rock stars in the future. www.KTBArecords.com