Grammy-Nominated Victor Wainwright & The Train Coming to the Palladium 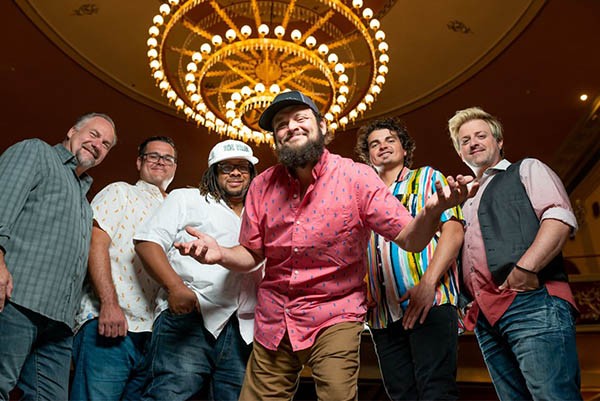 Wainwright is touring with his full six-piece horn band for all the August shows. Other Florida appearances by Victor Wainwright and the Train during this run include The Funky Biscuit in Boca Raton on Wednesday, August 18; Buckinghams Blues Bar in Fort Myers on Thursday, August 19; and The Bank and Blues in Daytona Beach on Saturday, August 21.
“Memphis Loud confirms the singer-pianist’s reputation as a dynamic performer and songwriter who’s expanding his roots music foundation in captivating directions. Despite his many blues honors, the blues label doesn’t do Wainwright justice. His resourcefulness is all over Memphis Loud, an album that embraces Memphis and Muscle Shoals soul, Southern rock, some New Orleans-based jazz and R&B, and a few songs worthy of Tin Pan Alley and Broadway.”    John Wirt/OFFBEAT
“Not just loud but Memphis Loud, the latest sermon of boisterous, big-hearted Americana from Victor Wainwright and the Train is an absolute show-stopper that shakes, rattles and rolls until its completely out of breath.”  Peter Lindblad/ELMORE MAGAZINE
“Steaming, smoking, and loaded with all the good vibes you want a party platter to bring to the party, Wainwright’s hit it out of the park one more time. Killer stuff.”  Chris Spector/MIDWEST RECORDS

The name of Victor Wainwright’s band – and the sleeve image of their albums – is also the most fitting of metaphors. In music folklore, “The Train” might have associations with the freight-hopping blues-men of yore, but with this restless boogie-woogie innovator stoking the furnace, Wainwright is a charging locomotive – surging forward, crashing through boundaries of genre, sweeping up fresh sounds and clattering headlong past the doubters.

As the man himself hollers in the ivory-pounding track, The Train: “If you wanna boogie get aboard the train/Get yourself a ticket or get out of the way…” At a sweet-spot in his career, where most established stars would rest on their laurels, Victor Wainwright & The Train instead rips up all that has gone before, pricking up ears in a sterile music industry and stretching the concept of roots in bold directions. 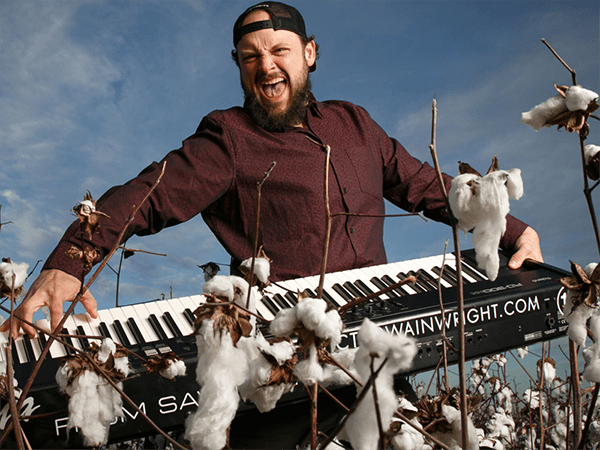 “I believe that for roots music to grow, and reach out to new audiences, we have to invite it forward,” Wainwright explains. The result is original music that walks a tightrope between scholarly respect and anarchic irreverence.

In truth, Wainwright has always been an artist that sets the pace. Born into a musical family in Savannah, Georgia, the formative influence of his father’s vocals and grandfather’s rolling boogie-woogie piano compelled him into a life of music. By 2005, he’d announced his talent with solo debut, Piana’ From Savannah, while his central role in Southern Hospitality and partnership with Stephen Dees in WildRoots has seen him ignite stages and stereos for over a decade.

Among his numerous accolades: Wainwright has won seven total Blues Music Awards, charted #1 on the Top Ten in the Billboard Magazine, and was nominated for a 2019 Grammy for “Best Contemporary Blues Album” for Victor Wainwright & The Train (Ruf).

“Looking back on your career is a tough thing to do,” he says. “Challenges are many, and frequent, but when you get it together, it can also be extremely rewarding.” A man of many talents, Wainwright could refer you to his original catalog of music that has repeatedly hijacked the Billboard Top 10, but rather than dine on past glories, this questing artist would rather you joined him for the ride ahead. “Of course, I still play and write songs that are just about kicking ass and taking names,” he laughs. “But if you listen, what I’m really saying is, we got to get on the train and move forward with our love of roots music, together.”

For more on Victor Wainwright and The Train visit victorwainwright.com.