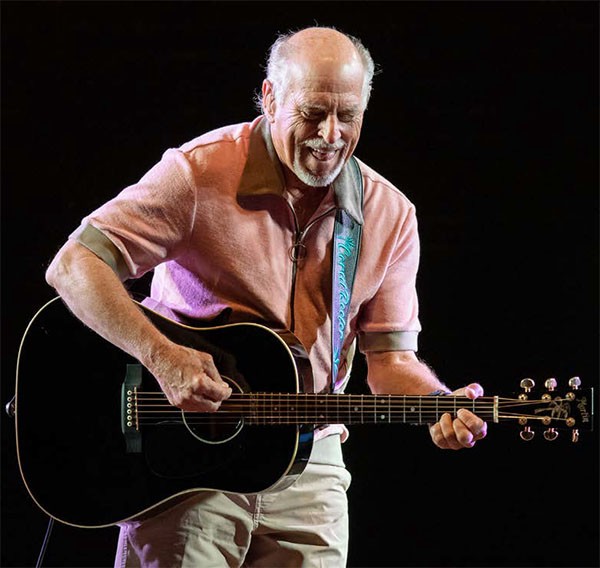 It was 5:00 o’clock somewhere when my friends and I entered the grounds of Old School Square on opening night of Jimmy Buffett’s four-night stint in beautiful Delray Beach! It was his first live concert in over a year due to the biggest flub ever – the COVID pandemic!

History was in the making the moment Jimmy kicked off the re-opening of the world, as it seemed. The excitement of the night screamed “LIVE CONCERTS ARE BACK”! And thank God they are. Let’s Rock! As a live concert producer/promoter myself, and owner of UNITED WE ROCK productions, it made my heart sing to see “Live” coming back to our world! Zoom just doesn’t hit the right note for me.

The King Parrot Head took the stage and looked like he was about to cry. He talked about how happy he was to be back onstage with his friends and fans. Jimmy flipped the flops off his feet and launched right into the crowd’s sing-along favorite, “These changes in latitudes, changes in attitudes, nothing remains quite the same…”  – the perfect lyrics for the times.

The rest of the set was peppered with his monster collection of hits from the past 50 years. He treated us to the classics, “Son of a Son of a Sailor,” and “Come Monday.” A new one for me, “Pencil Thin Mustache,” made us all sing along while twirling our outgrown COVID grays. 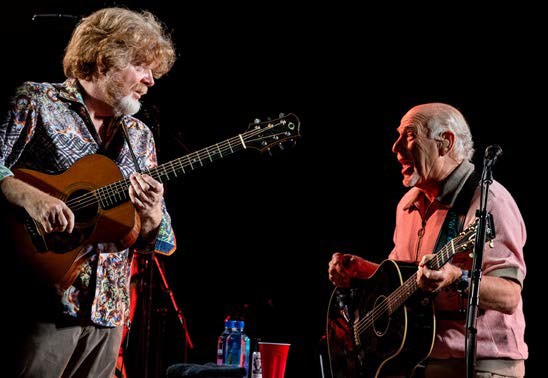 The ultra-beautiful Caroline Jones was a major highlight of the show. When she joined the party to sing, she proved beyond a doubt that she wasn’t just another pretty face. Her voice melts like butter on the freshly baked muffin you yearned for while stranded on a deserted COVID island for a year.

A shower was in the forecast, but it never did rain on the parade of Buffett fans dressed in Parrot Head, giant flamingos, and pirate costumes. It was fun-in-the-sun, but at night!
Nibblin’ on sponge cake, grass skirted men, and women donning coconut hats and bikini tops, adorned the landscape on Old School Square Island!

The music was rousing with a brass happiness that included Wellington native John Lovell on trumpet! Ahoy Matey! We were blown away when amazing guitarist Mac McAnally made it seem simple to play all guitar parts at once when he jammed the Allman Brothers classic instrumental piece, “Little Martha.” He knocked it out of the park. Wow! Just Wow! 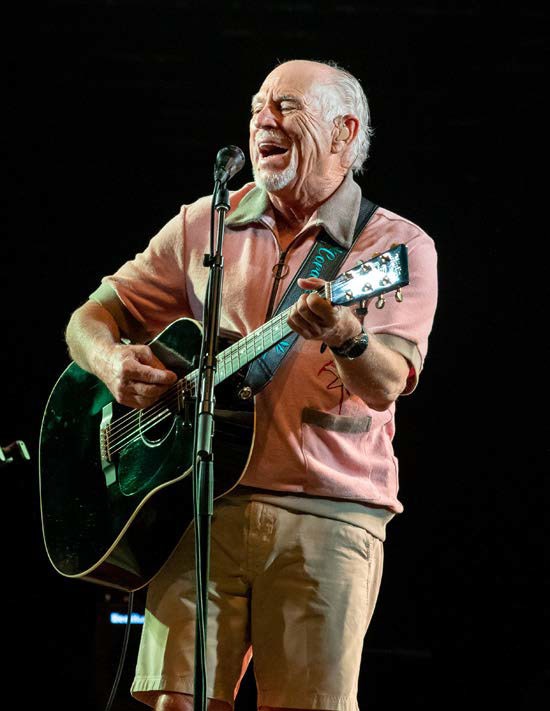 The audience participation song “Fins” had the entire crowd pretending they had starring roles in the movie Jaws. It was quite a sight to see their prayer-hand shark fins above their heads.

I learned how to chant, or rather shout, the words “SALT! SALT! SALT!” during “Margaritaville” when we all took a shot of tequila to the moon. Some people claim that there’s a woman to blame!

We left the Old School Square and sailed down beautiful Atlantic Avenue to catch a “Cheeseburger in Paradise,” though feeling quite satisfied with our taste of the Jimmy Buffett!

Kudos to Holland, COO of the venue, for keeping live music happening all during these challenging times. Expect more great shows at Old School Square. They have stepped up their game and are booking great music! Look for another Beatles On The Beach Festival too. It’s on the way. #LOVE