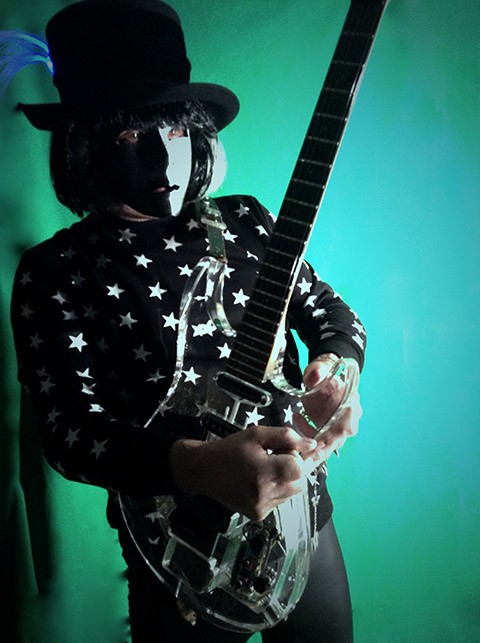 John Simms is one of the originators of early British heavy rock and has been active since the late 1960s, writing original rock music and playing at the age of 15. His first record signing was with the infamous Vertigo label (Black Sabbath, Rod Stewart, Gentle Giant) at 17 and as the former lead guitarist of CLEAR BLUE SKY, he was one of the youngest musicians around at that time. He had a vast experience playing live and writing in a totally original style always remaining distinct and refusing to copy trends or to cover other people’s styles.

Over the years, John has had a much broadened style portfolio having played with a number of key artists such as Ginger Baker, John Entwistle and Bernie Torme (of Ozzy Osbourne, Ian Gillian). When John Entwistle toured with the Who, he would have John Simms watch over his pet tarantula called Doris which was a birthday present to Entwistle from Joe Walsh.

John did a lot of tours with Ginger Baker while he was in a band called “Separate Energy”. They played at the last great Stonehenge Festival with Hawkwind and Ginger’s management noticed John and Ian McDonald (bass player) and recruited them for THE GINGER BAKER GROUP. There was no doubt that Ginger Baker was recognized as one of the greatest drummers in the world. John stated that even though Baker was loaded with talent, he was socially awkward, sometimes rude and hostile, and at other times rather fragile and funny.

John Simms has recorded blues, space rock, progressive rock, heavy rock, funk, commercial tracks, fusion, and ambient. John’s guitar style is distinctive with cross-genre elements and likewise, his songs. John has been in key bands such as “The Ginger Baker Band”, “Ohead”, “Clear Blue Sky”, and his very own “John Simm’s Light Trails”. John has even been asked by film producer Alexander Hadyn Jones to create the music soundtrack for his recent film “Stationary Bike” (which has won awards at the film festivals), a story by Stephen King.

There are several new must have albums by John Simms: 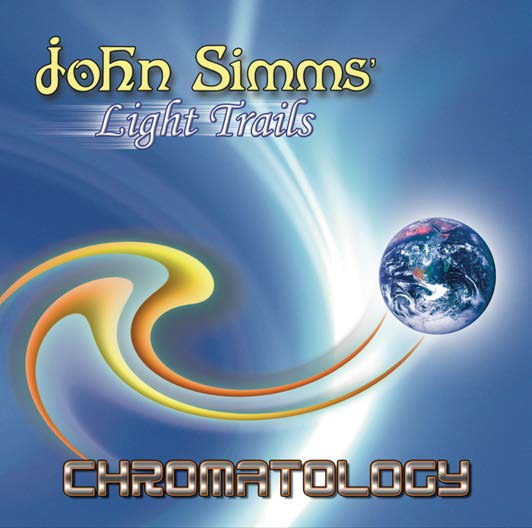 JOHN SIMMS’ LIGHT TRAILS – CHROMATOLOGY (so named because it is about the many colors of music). This has been declared one of the best releases of 2020 by various music sites. John is working on the next John Simms’ Light Trails album currently.

OHEAD – RESURGENT RESONANCE full of luscious, dreamy musical landscapes and is considered by many as a masterpiece. There will be a new album later this year with John featuring heavily.