(USA – 2/4/2021) Jorma Kaukonen, a member of the Rock & Roll Hall of Fame and Grammy Lifetime Achievement Award recipient is a founding member of two legendary bands, San Francisco’s ‘60’s band, Jefferson Airplane and his still-touring Hot Tuna, a duo with Jack Casady. In a career that has spanned more than 60 years, guitarist and songwriter Kaukonen is a highly respected artist who always adds new energy into his music, expressing himself cleanly and clearly, creating his unmistakable sound.

Jorma Kaukonen’s March Medicine Music to Heal the Soul – A Virtual Zoom Masterclass
Still got the blues… and you will too if you join us for this class. I’m going back to the blues well. It’s a deep well that set me on fire as a young musician. From Muddy Waters to Jesse Fuller I was inspired to find my own voice which I did with the help of my old Gibson. Drawing from a lifetime of blues excursions, I will take you back to that place and break down a few of my favorite blues songs. Though this is a level 3 fingerstyle class, we will be addressing advanced technique and execution in addition to, “just learning the songs.” (https://citywinery.com/newyork/jormas-march-medicine-music-to-heal-the-soul)

“His dexterity runs circles around most players … His material stands the test of time in a way that most others will not.” – Billboard
From his early groundbreaking psychedelic days, through his lifelong reverence for finger-picking traditional blues, and the wisdom gained from a musical life of playing American music, Jorma is a living legend and, without a doubt at 80 years old, is “a master in situ” and one of the “Top 100 Greatest Guitarists.” – Rolling Stone Magazine 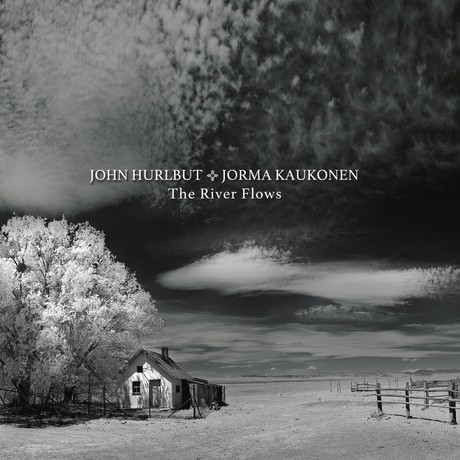 John Hurlbut & Jorma Kaukonen
The River Flows
Is Being Heard Across the Country!
Culture Factory USA
It’s a great Radio week for The River Flows. The album came in at #2 on the AMA / CDX Top 5 Most Added Albums Chart and is also #2 on their Top 5 “Bubblin Up” Chart.
Turn on your radio (or favorite listening device) and tune into fine stations across the country who are playing it!
“The River Flows rolls out of those shows, cascading over us with streams of brilliant guitar work. The album closes with Hurlbut’s original song “Someone’s Calling,” a lilting meditation on those we’ve lost and the ways they live in our hearts and whose spirits are palpable.” – Henry Carrigan, FolkAlley
“There’s no better way to converse than to play music with a good friend! John and I have been talking for almost forty years and we welcome you to sit in on the conversation.” – Jorma Kaukonen
Listen to the single “Travelin’: https://soundcloud.com/johnhurlbut/sets/the-river-flows-3 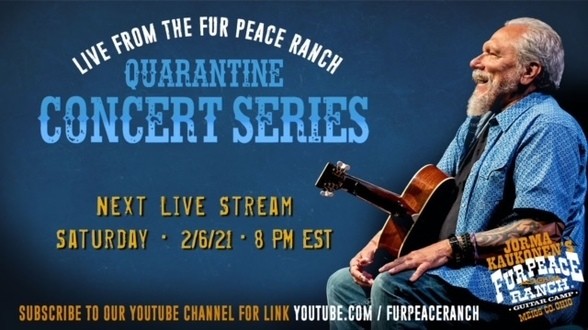 Now turned 80 this past December 23, Jorma still travels the land performing solo, as Hot Tuna with bassist Jack Casady, and with many friends. Though the touring has temporarily been put on hold the music has not stopped!
Since last Spring every Saturday Jorma has live Quarantine Concerts on YouTube.

Jorma livestreams from his Fur Peace Ranch Guitar Camp in the countryside near Athens, Ohio. Each Saturday night finds Jorma reminiscing both in song and story about his heroes, his friends, his guitars and the music. The New York Times included these free livestreams in their “10 of the best virtual concerts” list, twice!

The concerts will continue for the foreseeable future at 8 p.m. EST on The Fur Peace Ranch YouTube Channel. Please subscribe! (www.youtube.com/user/FurPeaceRanch)