Put Down That Weapon 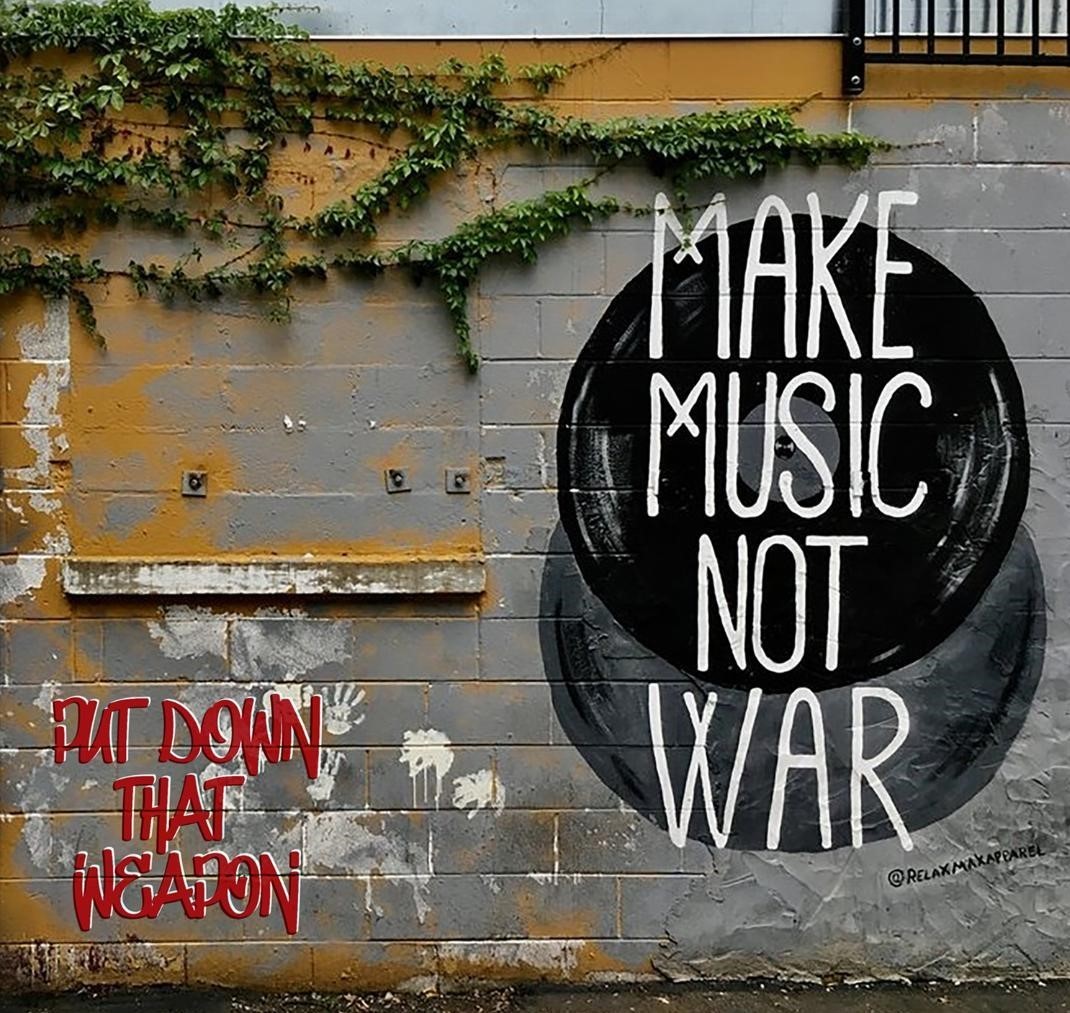 PUT DOWN THAT WEAPON (Make Music Not War)

A benefit for GUITARS OVER GUNS

Y&T Music is proud to announce a special album release to benefit Guitars Over Guns, featuring artists with South Florida ties, covering famous anti-war and protest songs from the 60’s, 70’s and beyond.
Growing up in the ‘60s, we witnessed the assassinations of John F. Kennedy, Martin Luther King and Robert Kennedy. We saw our country torn apart by a senseless war taking place in Vietnam – it was a tumultuous time in our nation’s history. It was during this period when many artists raised their voices to be heard, hoping to affect change. Bob Dylan, Phil Ochs, Stephen Stills, and many others wrote songs that spoke to the struggles of their time, and it is in that spirit that this album came to be, to encourage new artists to be engaged with the issues that matter the most.

To us, that issue is gun violence, and how we can encourage America’s youth to step away from its perilous course. Guitars Over Guns has risen up to make a difference in the lives of so many underprivileged kids. They do this by offering students from our most vulnerable communities a powerful combination of music education and mentorship with professional musicians, to help them overcome hardship, find their voices and reach their potential as tomorrow’s leaders. It is our great hope that this album and all the artists who contributed will help raise awareness for this special organization!

The album is set for worldwide release for August 14th with a “virtual album release party” to be aired live on Facebook and YouTube, set for August 20th at 8PM EST. The event will be a fundraiser for Guitars Over Guns and will feature most of the contributing artists performing their recorded song and talking about why they chose to be a part of this special project.

Find out more at www.GuitarsOverGuns.org