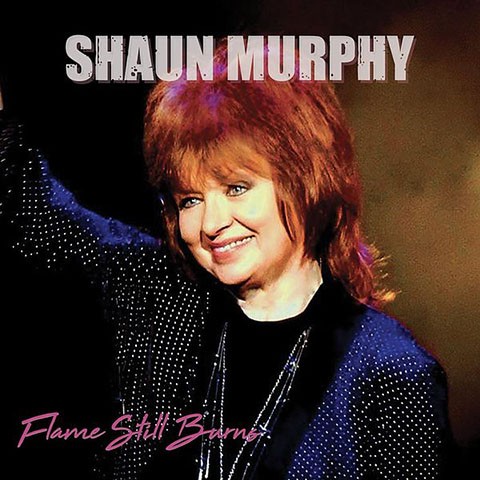 If you were to type her name into the search bar at our website – www.mary4music.com – besides mine and my partner Mary’s (and that would even be close) Shaun Murphy’s name would pop up more than anyone else’s. Going back exactly eleven years ago this month, this is the eighth of her CDs that we have had the pleasure of working with.

I’ve never been a fan of including a lot of what can be read inside the album’s jacket or at an artist’s website in my reviews, and if I were to do that with Shaun, you’d be reading for an hour or more before hearing anything about the CD. That said, I do want to briefly say that if you just read the top few names on the list of nearly one hundred people Shaun offers “thank you” to on the disc’s liner notes, you’ll see the likes of Bob & Nina Seger; Eric Clapton; Little Feat; Meatloaf; and Jack Pearson. Yeah, your going to want to read about all that…..but later.

Having worked with legends and music royalty in the past, Shaun Murphy repeatedly continues to work with nothing less than stellar musicians. For “Flame Still Burns” the impressive list of artists Shaun has chosen to back her up on vocals and tambourine are: Tom DelRossi on drums; John Marcus on bass; Kenne Cramer (co-producer) on guitar; Tommy Stillwell on guitar and vocal duet; Eric Robert on B3; and Kevin McKendree on piano. The disc offers fourteen outstanding tracks by recognizable names from various genres.

The disc opens with the smoker “Living In The Palace Of The King” or as Shaun says, “living in the palace of the kang”. Written by Leon Russell, Don Nix and Donald Dunn and performed by scores, the song is more known to be associated with Freddie King. Damn! He just tore it up. That said, If there was ever a female artist who could do a rendition of a song of this caliber, by an artist of that caliber, and go punch for punch on it, it is Shaun Murphy. Likewise for Tommy Stillwell – killing the scorching guitar licks, a la Freddie; and the rest of the band for blowing out the powerful rhythm the track requires.

I may not have said it on all of my other reviews, but I know for sure that on at least a few, I’ve mentioned how much I’d love for Shaun to do a whole disc full of nothing but slow blues ballads. Sure, she nails it on anything she does, but on these kinda of tracks she makes the hairs on the back of my neck stand up. The song is “Sweet Little Angel” (Mae & Willie Thornton), and it’s every bit as good as B.B.s version. Of course having not one, but two killer guitarists like Kenne Cramer and Tommy Stillwell swapping out on the scorching blues licks; not one, but two killer keyboardists like Eric Robert on the B3 organ and Kevin McKendree on the piano swapping leads; and Tom Delrossi and John Marcus laying down the perfect rhythm to keep it all together; had a lot to do with that.

On Gregg Allman’s classic, it’s a bit hard believing Shaun claiming “It’s Not My Cross To Bear”. With such an amazingly pain exuding, emotional and heartfelt vocal performance, she had me believing she was indeed bearing that cross. Having fourteen excellent tracks, being performed by seven world class musicians, it’s tough to say that any one particular track could be the best, but I’m putting the tag on this one. It certainly wasn’t a competition but if it were, the tandem guitar leads Kenne and Tommy are blowing out would equal that duel in the 1986 move “Crossroads”. On top of all that there’s Grammy Award winner Kevin McKendree doing his usual masterful thing on piano and one of the best three piece rhythm sections I’ve seen assembled in a very long time with Eric Robert (B3), Tom DelRossi (drums) and John Marcus (Bass). Kudos to Shaun and co-producer TC Davis for their impeccable band assembling skills.

Co-written by her old boss, “Old Love” (Eric Clapton, Robert Cray) is a song I’m sure Shaun Murphy and Eric Clapton performed many times together and surely a performance I would have loved to have seen. However, hearing this rendition, with Shaun sounding absolutely angelic doing her own backup vocals, is certainly pleasing.

Oh yeah! C’mon everybody…..Doooo, do, do, do….. do, do, do….. do, do, do….. do do do….. do, do doooo….. do, do do…..do, do, do…..do do doooo. If by two seconds into “Soul Shake” (Margaret Lewis, Mira Ann Smith) you aren’t loudly singing along and spasmodically shaking your body, you really should call a doctor. Man, there is smoking and then there is SMOKING! and on this one, Shaun and the guys – especially Kevin – are SMOKING. Part of the song’s lyrics include “have a ball the whole day long” and that’s exactly what’s going on all song long. Shaun and Tommy are on fire as a duet, Kevin’s doing his damndest to make you wanna say “Jerry Lee who?” and calling the rhythm profound would be mildly stated. OMG!

Simply because this is a killer blues CD, it would be an injustice to not say a few words about a song written by a man who once proclaimed “I am the blues”. That man is Willie Dixon and the song is “I Can’t Quit You”. It’s done like you’d expect of Willie Dixon song to be done, with Shaun vocally belting the hell out of some slow blues and the guys all belting out some killer slow blues riffs. Real good stuff!

With most, if not all, of this ensemble living in Nashville, ya gotta know they’d be up to the task of covering a country song – and if yer gonna do it, you might as well do it with a great one. Closing out the disc is the band’s excellent version of Charlie Rich’s “Don’t Put No Headstone On My Grave”. Saying this bunch could probably do hip-hop and have me like it, you know they nailed it.

Other songs on another Shaun Murphy must have CD include: “Love Me Like A Man” (Chris Smither); “Am I Losing You?” (Earl & Ernest Cate); “Little By Little” (Melvin London); “Stay With Me” (Jerry Ragovoy, George Weiss); “Ain’t Got No Money” (Frankie Miller); and “Man Sized Job” (Denise LaSalle).

As mentioned earlier in this review, if you’d like to know a whole lot more about Shaun Murphy just go to her website – www.shaunmurphyband.com. – Peter “Blewzzman” Lauro