For the past 42 years, The Blues Foundation has recognized the best musicians in the genre with the annual Blues Music Awards in Memphis. In addition to the honors bestowed, the event is usually a time of reunions with old friends and great collaborations between top musicians. However, for the second year in a row, it was necessary for this event to be held virtually, which occurred on June 6th. 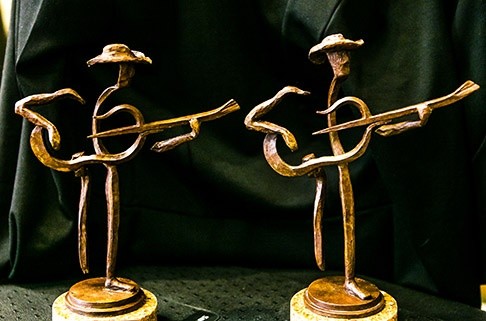 This year the format for the Awards moved a bit closer to normal in that there were acceptance speeches, (although most were pre-recorded), and there were live performances by musicians who were in the same room rather than needing to be patched in from various locations across the country. Bobby Rush, Christone “Kingfish” Ingram, Southern Avenue, John Nemeth & the Blue Dreamers, Shaun Murphy, and Watermelon Slim were among those featured, and all gave excellent performances. Additionally, Don Bryant (who recently received his first Grammy nomination at the age of 78), sang a beautiful rendition of “Is it Over,” from his Grammy nominated album “You Make Me Feel”.

Big Llou Johnson is a highly sought-after host with a rich bass voice, who can be heard as the spokesperson for Bluesville on Sirius XM. He predictably did a wonderful job hosting this event. The big winner of the evening was Shemekia Copeland, who not surprisingly won Best Contemporary Blues Female Artist, Best Contemporary Blues Album, and she also took home the coveted BB King Entertainer of the Year Award. It was also no surprise that Christone “Kingfish” Ingram once again won multiple awards, taking home Best Contemporary Blues Male Artist and Best Instrumentalist-Guitar.

Some amazing instrumentalists were also recognized, including Kim Wilson for Harmonica, Ruthie Foster for Vocals, Kenny “Beedy Eyes” Smith for Drums, Danielle Nicole for Bass, and Big Blues Bender Musical Director, Jimmy Carpenter for Saxophone. In addition, many fans were extremely happy for Anthony Geraci’s win. After being nominated five previous consecutive years, he finally won the honor of the Pinetop Perkins Instrumentalist of the Year for Piano.

This year’s awards were not without controversy, however. Kenny Wayne Shepherd had been nominated for Best Blues/Rock Artist, but his nomination was rescinded, and his father was asked to step down from the board of the Blues Foundation after it was learned that there were photos of Shepherd with the Confederate Flag on his guitar and on a replica of a “General Lee” car that he owned. The decision to rescind the nomination supported the Foundations Statement Against Racism, in which it was stated that “The Blues Foundation unequivocally condemns all forms and expressions of racism, including all symbols associated with white supremacy and the degradation of people of color.” But, it sparked some heated debate online. Shepherd’s fans argued that the action was not truly necessary, since he responded with a statement condemning racism, while others reacted bitterly, fueled from long-term resentment over racial inequality in pay for blues musicians, and the failure of some Caucasian blues artists to give deserved credit to early Black musicians. There was no disagreement, however, that the artist who was chosen as the winner in this category deserved the award, as crowd favorite Mike Zito was not only named Best Blues/Rock Artist, but his album Rock ‘n’ Roll: A Tribute to Chuck Berry also was recognized as the Best Blues Rock Album.

To round out the evening, the beautiful and highly emotional song “All Out of Tears”, written by Walter Trout, Marie Trout and Teeny Tucker about the loss of Teeny Tucker’s son, was rightfully recognized as Song of the Year. And the dynamic King Solomon Hicks won best emerging artist, while veterans Rick Estrin and the Nightcats won the award for Band of the Year.

Overall, the event went very smoothly and surprisingly the connection with and support for the musicians who won was able to be felt despite the online format. However, participants and viewers are certainly hoping for a return to an in-person celebration when the 43rd Annual Blues Music Awards are held next year.