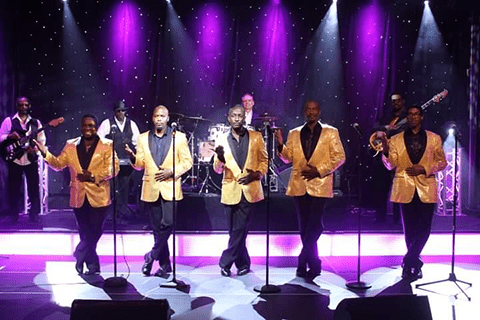 In celebration of African American Music Month, the Pompano Beach Cultural Center is proud to present The Motowners in concert as part of the Pompano Beach Arts Music Series 2022. This accomplished and polished group will present the definitive Motown tribute show, recreating the smash hits of The Temptations, The Four Tops, Diana Ross & The Supremes, Smokey Robinson, Marvin Gaye, Stevie Wonder and many more. The performance is on Saturday, June 11, 2022, at 8pm. Tickets are $45. For more information, www.pompanobeacharts.org

“We are thrilled to present this amazing group of musicians in conjunction with African American Music Month,” said Phyllis Korab, Cultural Affairs Director. “The songs of that era will never lose their appeal. Motown, the recording company founded by Berry Gordy, Jr. in Detroit in 1959, became one of the most successful Black-owned businesses and one of the most influential independent record companies in American history.”

The Motowners were founded by producer Derrick Hadley in 2005 to bring legendary hits to fans everywhere. This unique and family-friendly show has been an audience favorite since their founding in 2005, with a classic group sound and approach that remain evergreen crowd-pleasers. The group has toured extensively performing at outdoor events, cruise ships, casinos, and concert venues. In October of 2012, they performed for Michele Obama and enjoyed a private photo op.

Hadley was born in Manhattan, New York and attended Dillard School of the Performing Arts in Fort Lauderdale. His musical background is deeply rooted in a family tradition of providing music to the community. His maternal grandmother attended New England Conservatory in Boston during the roaring ‘20s and his mother is an accomplished pianist and choral music teacher. Hadley’s vocal was developed and nurtured while singing gospel in the youth AME church choir from the age of 13. Derrick has mastered multiple diverse styles, ranging from Broadway to Motown, along with R&B, jazz, and traditional pop tunes. His vocal versatility is one of the qualities that enrich the evocative and entertaining performances for which The Motowners are famous.