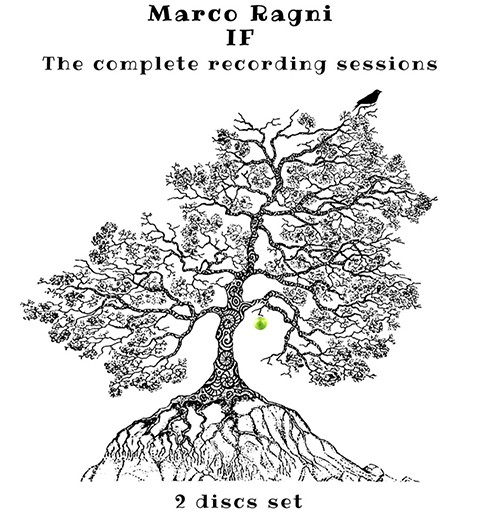 IF, an Italian Psychedelic and Norwegian Prog Musical Mindscape

Norwegian Neo-Prog with a Pink Floyd edge meets Italian Psychedelia in Marco Ragni’s bold new album IF with the teaming of two critically acclaimed musicians, Bjørn Riis and Marco Ragni. Together, they create an incredible musical experience with the writing, psychedelic leanings, and music of Marco Ragni along with the masterful David Gilmour influenced guitar playing of Bjørn Riis. This album is truly a musical treat for lovers of Prog Rock. IF provides luscious atmospheric Progressive Rock with the added bonus of the magnificent guitar playing of Bjørn Riis whose style creates an energy of its own infusing classic blues licks with the power of Floydian rock. Marco has added his unique masterful psychedelic song writing and moods to each composition on the album and in the process, he has created songs that each tells their own unique story of imagination and songs that reflect the choices people make at various crossroads in their lives. Each song possesses transitions and alterations from mellow to more aggressive segments and ideally should appeal to the most critical Prog Rock fan. In addition, each song is a composition that often can be edgy, jagged, disturbed, and deliciously swirling in emotional confusion. This is the second team up of Marco Ragni and Bjørn Riis starting with Marco Ragni’s 2019 release Oceans of Thought. Bjørn happily states that he had the pleasure of contributing guitar on IF. He is featured on the songs “Tales of Ordinary Madness,” “Engulfed,” “If I Could Tell You,” “Carnival of Ghosts” and “The Kingdom Fails.” Two versions exist of this album… The nine song standard version IF and the 23 song limited edition expanded version of IF, The Complete Recording Sessions. I heartily recommend either version, but being a lover of both Marco’s and Bjørn’s music, I absolutely knew I had had to have the superb expanded edition. There are many stand-out songs on both releases. The thing that is fantastic about both editions is that the fully instrumental songs are truly a musical mindscape and ecstatic journey provided by two masterful musicians… most definitely ideal headphone material. I totally love when a song can start at a mellow pace and then build tempo into something very powerful. My most favorite Prog Rock songs possess this attribute. Marco and Bjørn truly excel at doing this. “Everything will be Fine” is a beautiful ballad with a touch of arena rock, “Carnival of Ghosts” is indeed haunting with a nice blend of instrumental portions and powerful vocals by Marco, “Black Sunrise” is dark and brooding. There are surprises with the jazzy feel of “The Kingdom Fails” and the splendid acoustical feel of “Awakened Creatures.” I must add that two unreleased songs on the extended version are absolutely worth the price of admission. I love the unreleased instrumental songs “There’s No One Out There” and the astounding 15 minute “The Alabaster Experiment.” Both are wonderful examples of Pink Floyd-style Space Rock Prog. All of the alternate takes and B-sides add to the value of the extended version and these are equally great songs. They are not throw away filler like most alternate takes and B-side songs tend to be. I definitely give both releases my highest recommendations and if you are a fan of Marco’s and Bjørn’s music, IF is a must have. 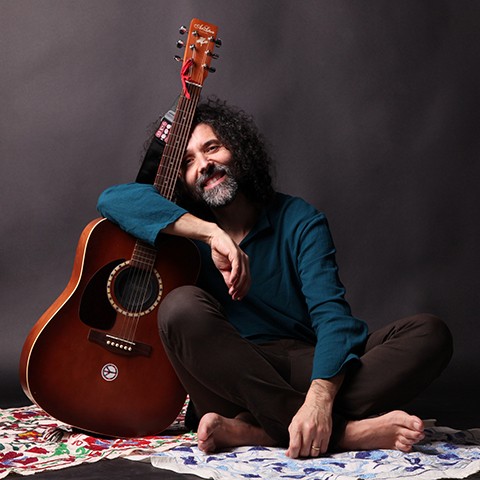 Marco Ragni is an Italian multi-instrumentalist, who has always been active in musical genres that include a psychedelic aspect. He started playing at age 6 in 1975 on a Farfisa keyboard he got as a present. His main influences for singing have been the Beatles, and his psychedelic influences start with the California hippie scene of the 1960s. In the late 1980s, Marco recorded two psychedelic pieces, Kaleido and Illumination, before joining the band Deshuesada, a psychedelic pop band that would keep him busy until 1998. Between 2000 and 2007, he played with Quartafila (later Heza) and recorded three albums before playing one year with psychedelic funk rock band Mokers in 2008, resulting in the EP Don’t forget the music. From 2009 onward, Marco has been acting as a solo artist, composing and playing his own music, with varying guest musicians. Between 2010 and 2013 he released five studio albums and a live album through his own Crow records label. The live album contains recordings made with a band he established for touring, Velvet Cactus. In 2014, he released Mother from the Sun, his first psychedelic rock opera, which sounds like a modern Pink Floyd. Between September 2015 and January 2016, Marco composed an album called Land of Blue Echoes featuring Durga McBroom, vocalist of Pink Floyd from 1987, Fernando Perdomo, guitarist of Dave Kerzner Band, Peter Matuchniak from Gekko Project, Colin Tench from Corvus Stone and other great guests from the world’s progressive rock scene.

Bjørn Riis is an accomplished guitarist and songwriter, mostly renowned for his work with Norwegian Prog band Airbag, who have released five critically acclaimed albums and gaining a strong following around the globe. Bjørn has also released four critically acclaimed solo albums. I highly recommend all of his work. His influences are spectacular. Growing up in the 1980s, Bjørn had his musical roots in classic rock and bands like Kiss, Black Sabbath, Whitesnake and Led Zeppelin. Pink Floyd, Porcupine Tree, Marillion, and No-Man were crucial in his formative years of becoming. Airbag’s music is clearly influenced progressive music of the Roger Waters era of Pink Floyd and it should be little surprise that all five band members of Airbag are also part of the band: The Pink Floyd Experience. On May 3, Bjørn released his fourth solo album, A Storm Is Coming on Norwegian prog label Karisma Records. It is the follow-up to the much praised and awarded previous releases Lullabies in a Car Crash, Forever Comes to an End and Coming Home. Together with Airbag and as a solo artist, Bjørn has shared the stage with some of the biggest names in the prog genre, including Yes, Saga, Marillion, Anathema and Neil Morse. He has also played at several genre-leading festivals, including Night of the Prog and Cruise to the Edge. SFL Music and I recently had the great privilege to interview Marco and Bjørn. 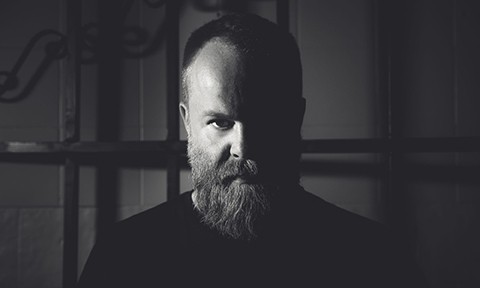 Marco: The “if” is, if you like, the paradox of life.  Have you ever paused to reflect on how your life might have gone if you had chosen other directions from the ones you have chosen? This absurd game leads to pseudo paradoxes in your life.  I loved playing with this absurd thing.  So, I started writing the lyrics on the album about bizarre or unfortunate characters, who could have had a better life.  But are we so sure?  Brad, you will have guessed that my mind is pretty psychedelic!

SFL Music: What inspired this album? Was there any particular theme?

Marco: What inspired “IF” was basically the feeling of constantly living at a crossroads.  You can choose to go one way or the other and that will decide your life, for better or for worse.  In this album I tried to put all the sensations I felt during this pandemic.  I wanted to make them psychedelic, writing stories that are sometimes unlikely.  I put everything into it, the good, the bad, the hope, the love, the paranoia…

SFL Music: Are there any songs on the album that you would like to Spotlight? Do they have any special meaning to you?
Marco: I must say that I am fond of all the songs.  It’s the first time I’ve loved one of my albums so much.  It had never happened that even after the publication I continued to listen to it.  Having said that, I’ll tell you about these two songs: the first single released, “Carnival of Ghosts” from which the video is also taken.  It was literally the first piece I wrote.  It was a time when I hated humanity for all the nonsense it does.  I felt in the midst of a crowd of ghosts, unable to react to the situation.  When I played it to Bjørn I knew it would make the song even better and I couldn’t wait to hear the parts of him.  Then I also care a lot about “Awakened creatures” because it is about my wife and me.  It is a song that speaks of love and that wants to give hope and let people know that there is always a way out: LOVE.
Bjørn: I really like Engulfed. It was fun to put down some heavier guitars and I love to have that space to just jam out a piece. The song has a really dark and unusual feel to it. The Kingdom Fails is also one of my favorites. We’re both playing guitar on that one and it’s very cool to have that on one track I think. 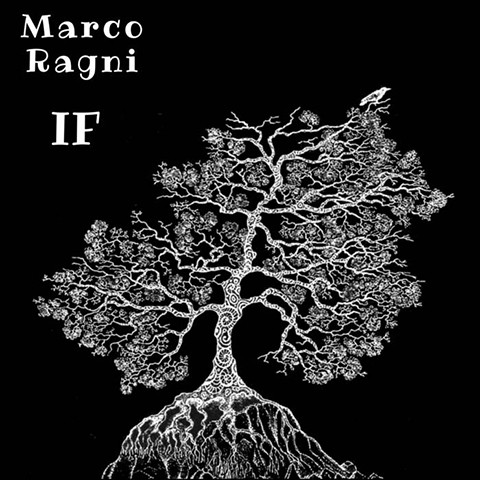 SFL Music: Both of you have teamed up before. What brought you both back together for this album?

Marco: Playing with Bjørn has always been my goal.  It was a dream because I considered him one of the best guitarists around.  So clean, capable of creating sounds full of emotion.  I loved his Airbag from their first album, so I had been preparing for a long time to be able to offer him the best songs possible.  After the first single “Open my arms” from my previous album, I said to myself: “hey, I have to write 5 super songs because I absolutely want to have Bjørn on my new RECORD! He is perfect for my takes” You know how it went….

Bjørn: If is Marco’s album. He’s written some beautiful songs and he approached me early on in the project asking me to put down some guitar. It was an interesting challenge and project as the songs evolved as we were sending ideas back and forth. I recorded guitars and Marco kept changing the arrangements, which in some cases turned a song into something very different compared to the original idea. A fun experience!

SFL Music: Are there any videos to go with the album at this time?

Marco: As I have mentioned previously, there is the video of the single “Carnival of Ghosts” and also a Teaser of the whole album.  Both on my YouTube channel.

SFL Music: Was it difficult to put this album together due to the Pandemic and distance between the two of you?

Marco: I’ll tell you a secret.  Bjørn and I have never met in person.  There was an occasion for the Veruno Prog Festival in Italy, where Bjørn was supposed to come and play but unfortunately there were some problems and we were unable to meet.  We both have our own studio so it wasn’t difficult to record our parts.  Now technology allows us to be close even if we are far away and I think this thing is fantastic.  But I hope one day to meet the Norwegian brother.  True Bjørn?  (Lol) 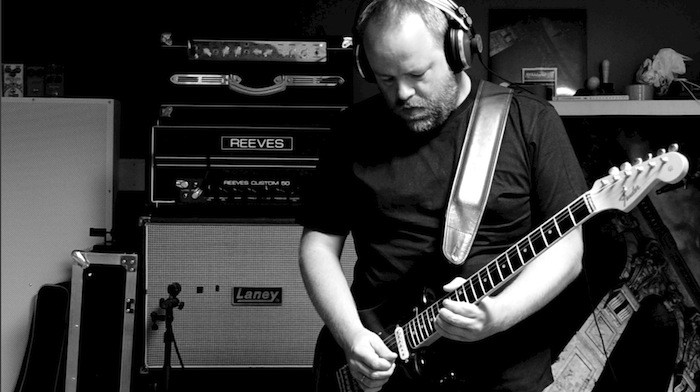 SFL Music: Would you both like to do some live shows together when things normalize?

Marco: Who knows?  It would be crazy cool! Try asking Bjørn. He IS the rock star.  (LOL)

Brad: What was it that brought you into music originally and what and who were your greatest inspirations?

SFL Music: Bjørn, any final comments you would like to add about the album or your friendship with Marco?

Bjørn: I think the album is the result of the technology we now have available. We’ve never met in person but I think we’ve come to know each other pretty well nevertheless. We sit in each our studios and send files back and forth. Marco has invited me into his world and really given me free reigns to pretty much do what I want, which has been a very interesting and rewarding experience. I definitely see us working together in the future.