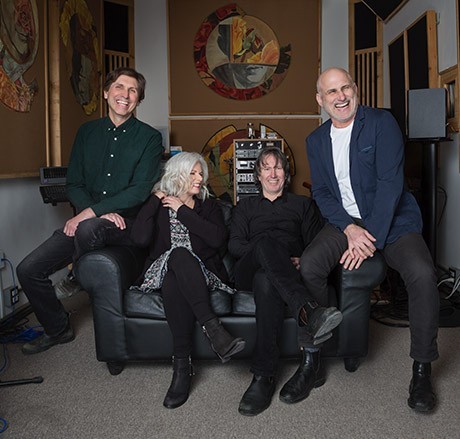 They formed in Toronto, Canada in 1985 with the distinctive and seductive voice of Margo Timmons, twangy guitar of her brother Michael Timmins and their other brother Peter Timmins keeping a mean beat on drums. All they needed was Michael’s lifelong friend Alan Anton on bass and a shared passion for music… which they all had, as big-time music lovers. As Michael explains, “Long before we were musicians, we were music fans…we grew up sitting around the record player listening to each other’s record collections and having our minds blown.” My mind was blown by the Cowboy Junkies when I heard their version of Lou Reed’s “Sweet Jane” in 1988, on their superb album The Trinity Sessions. Then I heard their original song “Cause Cheap Is How I Feel” on their 1990 album The Caution Horses and I became a fan for life. That song still gives me chills to this day. Call it Country Rock Noir, Americana, Cosmic American Music, or just great rock music, but Cowboy Junkies have carved out a place for themselves that is unique and that they own, defying categorization.

Enter 2022, and never a band to disappoint, the Cowboy Junkies now tackle songs written by David Bowie, Gram Parsons, The Rolling Stones, Neil Young, Gordon Lightfoot, Bob Dylan, Vic Chestnutt, and Laurence ‘Lol’ Tolhurst, on their new album, Songs of The Recollection. It is a tall order, but they are up to the challenge. There are nine interpretations, some newly recorded and some from previous album projects. All are carefully and lovingly chosen by these serious music fans. Michael states, “Our goal has always been to create music that took hold of the listener the way that this music took hold of us. These are some of the songs and some of the artists that found their way into our lives and eventually into our repertoire over the past fifty years.” He points out, “I don’t think of them as covers. I think of them as our songs. Once it gets to the point where we truly inhabit them, and I’m proud of them, they become our songs.”

The opening track is David Bowie’s “Five Years” and now, fifty years after it was written, it is more relevant than ever. The chorus chants, “Five Years…that’s all we’ve got.” Margo and the band pull it off, which is no easy task. It immediately grabs you, between Margo’s emotional vocal delivery and the distinctive drums that echo the original. Jeff Bird plays electric mandolin on it as well. Now no one does Bowie better than Bowie, but this one also builds with such intensity until you agree that we’re doomed. Let’s hope that Bowie’s prophecy from his 1972 album, Ziggy Stardust and The Spiders from Mars does not come true. Theirs is a great version and nice to hear again, especially now in 2022. “Ooh Las Vegas” is up next and Margo’s voice is the star in this, until the guitars come crashing in and take over on this cover of Gram Parson’s/Rick Grech’s classic gem. You can just imagine it in a Quentin Tarantino or Robert Rodriguez movie. It’s considerably slower than Emmylou Harris’ solo version or even the Gram Parson’s original that also featured Emmylou Harris. Margo’s weary gin-soaked-sounding vocals sell it. Their winning and addictive version of Mick Jagger’s and Keith Richards’ “No Expectations,” from the Stones’ 1968 Beggar’s Banquet album, features some gorgeous pedal steel and dobro by Aaron Goldstein and perfect piano by Jesse O’Brien.

Fellow Canadian, Neil Young, has always been a huge influence on the Cowboy Junkies as evidenced by them playing so many Neil Young songs over the years; and for this release they are giving us two songs, “Don’t Let it Bring You Down” and the lesser-known “Love In Mind.” Both are beautiful songs and interesting interpretations. Another Canadian contribution is from Gordon Lightfoot’s 1966 song, “The Way I Feel,” which they electrify. Not a Canadian but not to be left out is Bob Dylan. From his extraordinary 2020 album, Rough and Rowdy Ways, they picked a new song, “I’ve Made Up My Mind To Give Myself To You.” It’s a touching love song that in Margo’s hands is simply beautiful. 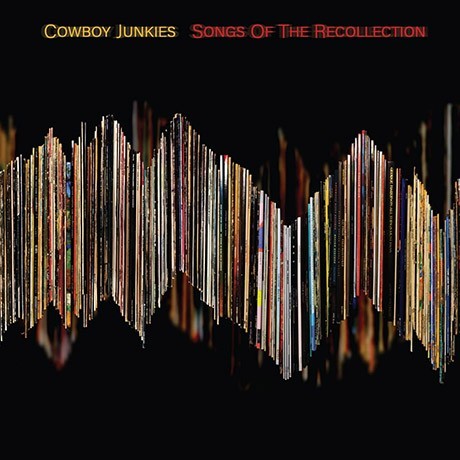 They do a brooding and haunting version of Vic Chestnutt’s “ Marathon.” In fact, they were so impressed by Vic Chestnutt’s songwriting that they dedicated an entire album to his songs called Demons in 2011. For those not familiar, he was an American singer-songwriter from Athens, Georgia who wrote darkly comic songs about mortality and life’s simple joys and died too young in 2009. Lastly, they picked “Seventeen Seconds” by The Cure from their 1980 album called Seventeen Seconds, written by Laurence “Lol’ Tolhurst, who is a founding member of The Cure and their former drummer. The Cowboy Junkies’ selections show the diversity of their musical taste and love of all music. They really are music junkies who know how to make great records. Release date is March 25, 2022 on Proper Records and will be out on CD, Vinyl and Digital.

Speaking of great voices, also watch out for the upcoming release of Jess Jocoy’s Let There Be No Despair on May 20, 2022. It’s her second album and she has teamed up once again with co-producer Brandon Bell, who has worked with Zac Brown, Miranda Lambert and Brandi Carlile. Her rich and luxurious voice is the star, along with her honest and heartfelt songwriting, so it’s easy to see why Brandon Bell would want to work with her. The album is laced with violin, acoustic guitar, bowed bass, and light touches of amplification. This Indie-Americana-Folk artist from the Seattle area with the angelic voice mixes autobiography with imaginative character portraits along with stories of survival and hope. She made her way to Nashville to follow her dream. She has been featured on an episode of the hit tv show “Songland,” showcased at The Bluebird Café in Nashville, and was an official showcase artist at AmericanaFest. She has garnered a Trans-Atlantic following and will be touring the UK in June. Jocoy says, “It’s a record for the days when life tries to break your heart.” Check her new album out!