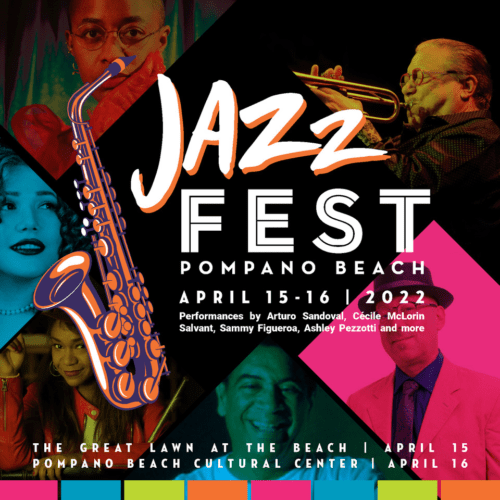 Arturo Sandoval, Cécile McLorin Salvant, Sammy Figueroa & More!
Pompano Beach Arts has announced the new dates for the City’s inaugural Jazz Fest. The star-studded festival kicks off Friday, April 15, 2022 at The Great Lawn along the beach for an evening concert with 10-time Grammy® Award-winner Arturo Sandoval. On Saturday, April 16, experience an immersive musical extravaganza at the Pompano Beach Cultural Center. During the afternoon, the center’s Arts Plaza will be filled with the sounds of legendary artists including Sammy Figueroa, Brian Lynch, Magela Herrera, Ashley Pezzotti, in addition to emerging and student artists under the direction of Grammy® Award-winning professor Dr. Ed Calle. In the evening, Grammy® Award winning singer Cécile McLorin Salvant takes the stage inside the center’s theater. Jazz Fest Pompano Beach is a partnership with KCC Productions, a well-known concert and festival production company. Ticket information at www.pompanobeacharts.org/jazzfest

“Jazz Fest Pompano Beach is an extraordinary opportunity to experience some of the greatest musicians of our time,” said Phyllis Korab, Director, Cultural Affairs Department. “We are honored to invite jazz lovers, from all over South Florida and beyond, to enjoy our City’s amenities and participate in this inaugural event.”

Jazz Fest is brought to you in partnership with our sponsors including the Spotlight Sponsor John Knox Village of Florida, the Pompano Beach Arts Foundation, the Community Foundation of Broward, Gold Coast Jazz and Pompano Magazine. 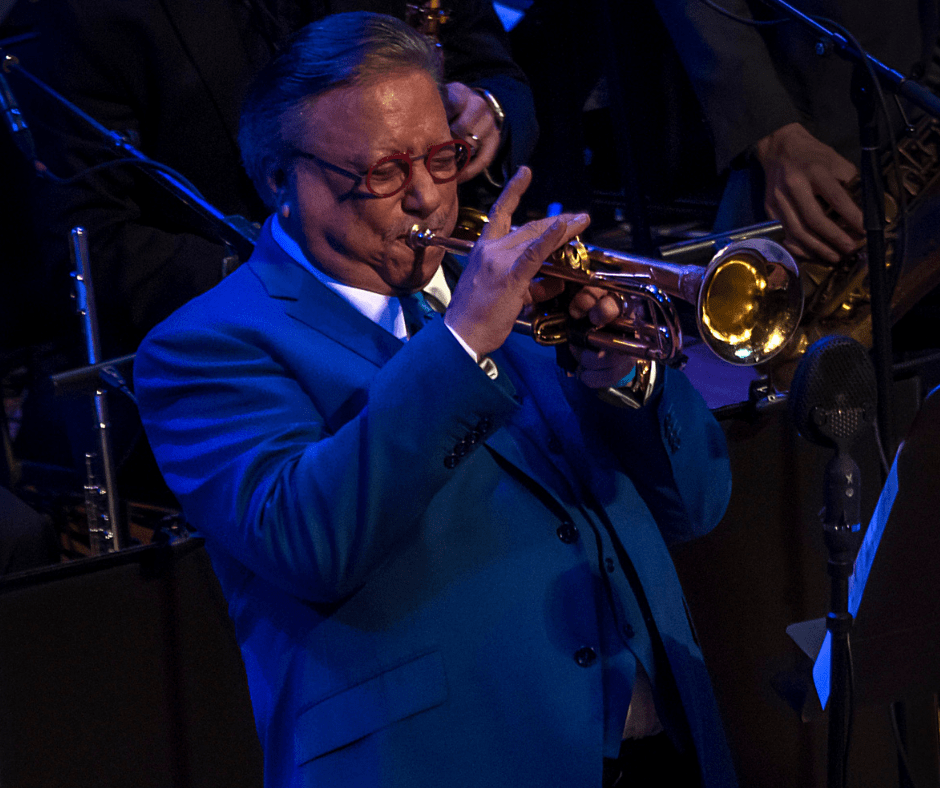 Saturday, April 16 | 12 pm – 6 pm | Free, RSVPs required
Jazz Fest on the Arts Plaza
On Saturday, the festival heads Downtown, as the Pompano Beach Cultural Center’s Arts Plaza comes to life with two outdoor stages, food trucks, a jazz bar and festival vendors. A stellar line-up of musicians will be hitting the high notes for the enjoyment of jazz enthusiasts and casual fans alike. In addition, there will be meet-n-greet opportunities and a Student Stage, featuring exceptional musicians from Miami Dade College, under the direction of Grammy Award-winning Dr. Ed Calle. General Admission is free, guests are asked to bring lawn chairs or blankets, and RSVPs via the website are required.

Saturday Afternoon Artists Scheduled:
Magela Herrera @ 12:00 PM
Magela Herrera grew up between two worlds: one her family’s deep ties to a large set of unique traditions influenced mostly by west African and European; the other the years she spent learning and studying classical music at the Conservatory of Music in her native Havana. She is an Afro-Cuban flautist and vocalist who has toured worldwide developing a unique timbre, phrasing technique, rhythm and melodic skills on the flute. 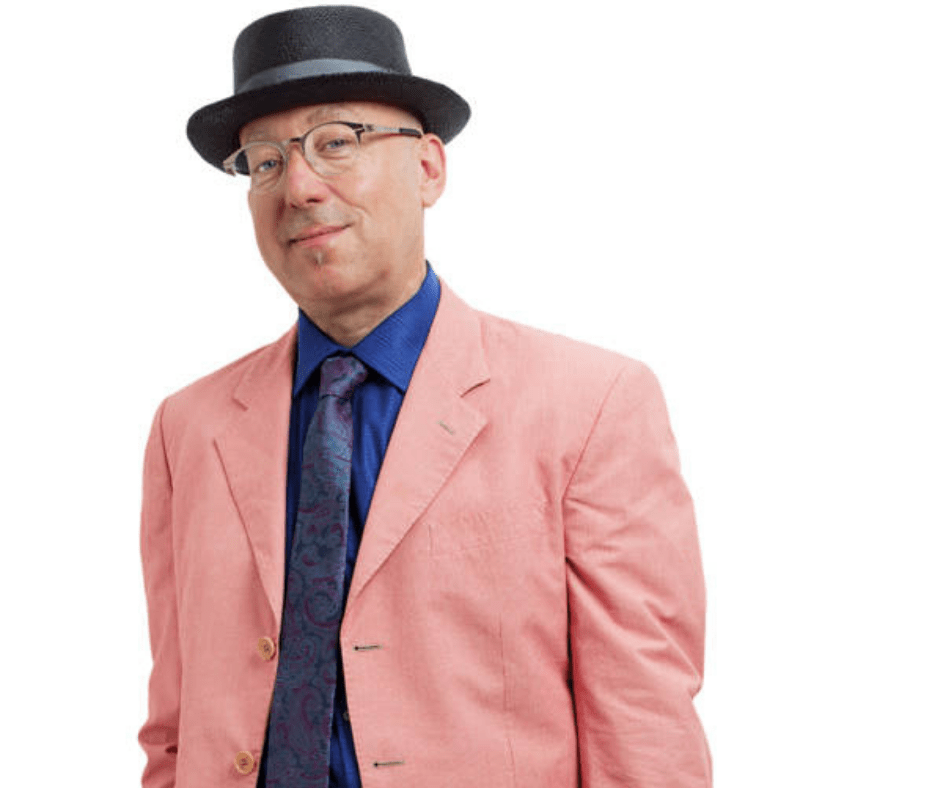 Brian Lynch @ 1:30 PM
Trumpeter Brian Lynch is a vital force and emergent legend within both the hardcore and Latin Jazz communities. The multi-Grammy© Award winner has been a valued collaborator with jazz artists such as Benny Golson, Toshiko Akiyoshi, and Charles McPherson; Latin music icons as diverse as Hector LaVoe and Lila Downs; and pop luminaries such as Prince.

Sammy Figueroa @ 4:30 PM
Sammy Figueroa has long been regarded as one of the world’s great musicians. As one of music’s leading percussionists he has played on countless records and is well-known for his versatility in a multitude of musical styles. Besides playing with some of the world’s greatest pop stars, such as David Bowie, Chaka Khan and Mariah Carey, Sammy has also played with a multitude of distinguished jazz artists including Miles Davis, Sonny Rollins, Quincy Jones, George Benson, and many, many more. 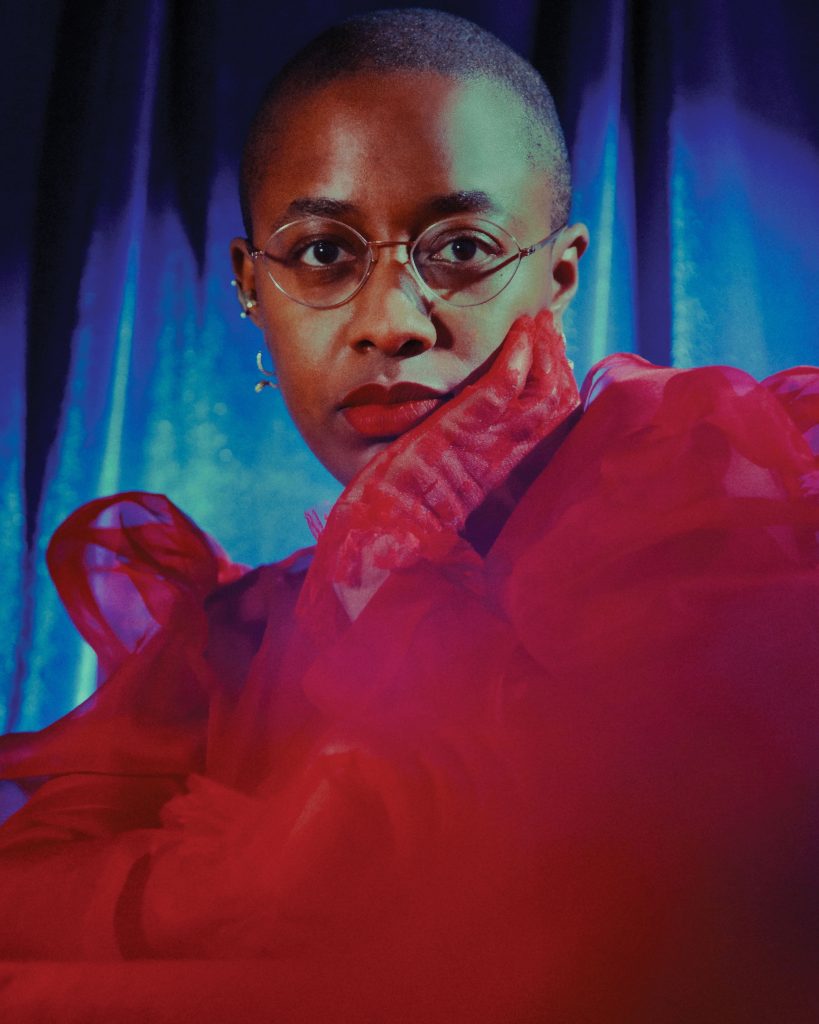 Saturday, April 16 | 8pm | $65
Cécile McLorin Salvant
Cécile McLorin Salvant is a composer, singer, and visual artist. She has received Grammy® Awards for Best Jazz Vocal Album for her three latest albums, The Window, Dreams and Daggers, and For One to Love, and was nominated for the award in 2014 for her album WomanChild. She also won the Thelonious Monk competition in 2010, and in 2020, she received the MacArthur fellowship and the Doris Duke Artist Award.

The late Jessye Norman described Salvant as “a unique voice supported by an intelligence and full-fledged musicality, which light up every note she sings.” Salvant has developed a passion for storytelling and finding the connections between vaudeville, blues, and folk traditions from around the world, theater, jazz, and baroque music. She is an eclectic curator, unearthing rarely recorded, forgotten songs with strong narratives, interesting power dynamics, unexpected twists, and humor.

Born and raised in Miami, Florida, of a French mother and Haitian father, she started classical piano studies at the age of 5, sang in a children’s choir at 8-years old, and started classical voice lessons as a teenager.

Salvant received a bachelor’s in French law from the Université Pierre-Mendes France in Grenoble, while also studying baroque music and jazz at the Darius Milhaud Music Conservatory in Aix-en-Provence, France.