Dayride Ritual – We, The Outsiders 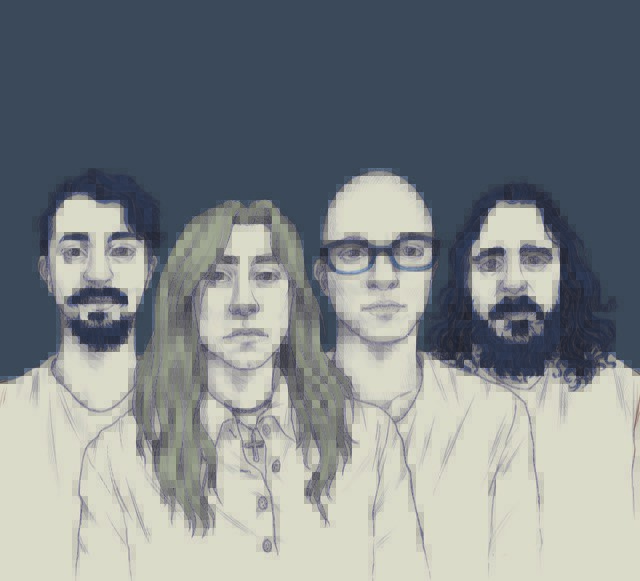 Dayride Ritual – We, The Outsiders

Back in our SFL Music October/November issue, fans were treated to an inside peak in the recording studio (Power Station Recording Studio) where Dayride Ritual were making their latest album. Well, SFL Music readers – We, The Outsiders is now available for all fans to listen to and your ears will definitely be delighted.

Starting with their first song, the title track (“We, The Outsiders”), Dayride Ritual delivers their unique, outstanding version of heavy metal rock and roll with a solid, strong guitar intro (by Jose Mena) that carries the listener throughout the entire song. Gliding through the tempo changes into the rhythmic chanting chorus that provides the flawless background for the pitch perfect melodic singing that displays Michael Vaughn’s full baritone to falsetto range. This truly catchy song also has remnants of one of Corey Gillmer’s influences (Nicko McBrain), in an Iron Maiden meets Winger kind of way.

The second track “Close Your Eyes” starts off with that strong, solid combination of Gillmer’s drums locked with Dave Thomas’ bass, stressing Mena’s guitar to create a hard rock, metal tune with a melodic 80’s sounding overtone. The lightening fast guitar riffs that make up Mena’s solo are captivating, as well as Vaughn revealing another incredible aspect of his singing in a whispering way. These skills lend the song to sound a bit eerie which ties the story of it together as Vaughn previously explained the song, “is basically obsession, stalking and a murder suicide.”

The third track “Crawl” starts off a bit omnibus then transforms into a heavier tone that is metal chord driven. This one rang of a horror story feel with the guitar solo adding to the crazy. Vaughn’s melodic scream fit in perfectly and added that extra plus.

“Around Again” the fourth track, has an acoustic intro with a melodic hard rock sound that flows into a unique tempo change that depicts Dayride Ritual and their amazing abilities. They also display their gift with their quartet singing that truly gave the song a (The) Beatles feel, which more than likely can be attributed to Thomas when he previously revealed, “I was a huge Beatles fan as a kid.” This song is about a relationship as Vaughn had explained, “every guy says he wants an insatiable girlfriend until he finds himself an insatiable girlfriend. Ok, so, you be careful what you wish for because you just might get it’” His solo a cappella ending, really adds a perfect touch.

“Faith” the fifth track is a heavier yet inspirational song with words such as “dark before the dawn” and “you gotta have faith.” Again, Vaughn displays his incredible vocal range as he reached the realm of falsetto with such ease to accent this metal/melodic song. Mena’s amazing guitar skills shown on this tune as well as he created another memorable guitar solo, flawlessly flying up and down his guitar neck leaving a bit of a Tony Iommi influence (even though he stated his influence was Guns N’ Roses). 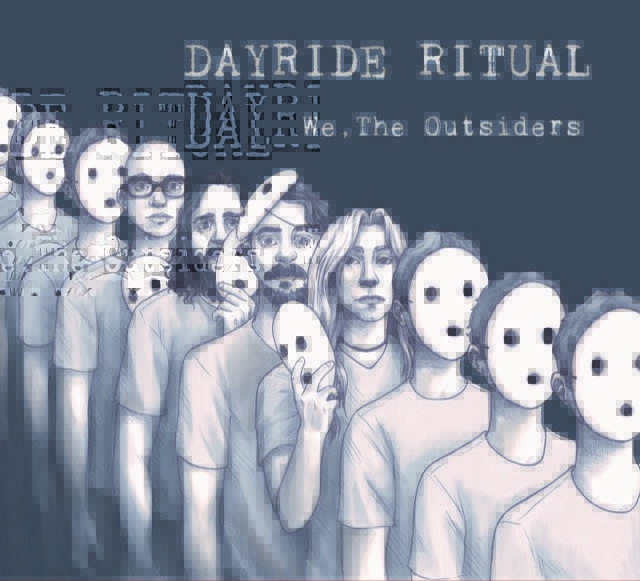 The sixth track “Unbroken” starts off a little pop rock then drives right into a heavier metal sound that had a bit of a Dokken feel. This is another inspirational type song with lyrics “what doesn’t kill makes you stronger.” On this one Vaughn, whose main influence is Ray Gillen, shows another singing talent as he added just the right amount of riffing to this song.

“Goodbye This Time” the seventh track, begins with a funky rock start that picks up a more metal sound as it tells a story about ending a relationship. This is another tune that displays Dayride Ritual’s extraordinary talent.

The eight track “Speed Of Sound” carries a steady, fast paced bass/drum foundation with a guitar riff that almost emulates the speed of sound. This was another headbanging, rebel type story with a bit of an outstanding drum solo and Vaughn’s exceptional hard rock vocals and falsetto screams.

“Where Do We Go From Here?” the ninth track is a softer, melodic, more serious song that seems to highlight society and the appropriate guiding of mankind with a hint of religion. This one too had some acoustic guitar that blended into heavy metal which carried the flow throughout the song, along with the hard rock baritone vocals that all came together with the drums and the bass for a clean-cut ending.

The album ends as strong and amazing as it started with the tenth track “Off The Rails” which almost sounds like it should be a movie piece with talking in the beginning that leads to a knock just prior to the rather dark, eerie start to the song. Vaughn again displayed his vocal strength in not just his hard rock sound, but with explosive, strong falsetto overtones. Mena’s guitar solo seems to tell a sad story that carries the song with the bass and drums and finally ends the song a with a guitar/vocal fade.

SFL Music readers will definitely want We, The Outsiders in the album collection. Check their website dayrideritual.com or their Facebook page.