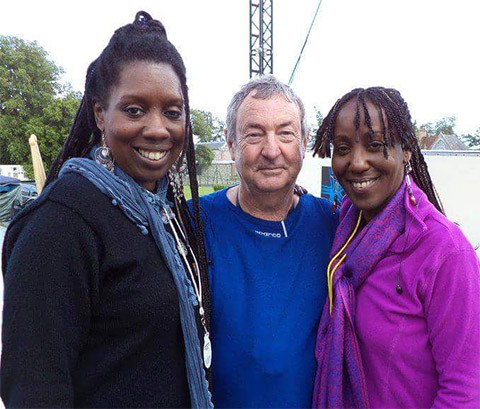 The power of family brings us Black Floyd, an Epic, long anticipated debut album by The McBroom Sisters (Durga and Lorelei McBroom). Black Floyd is a spectacular combination of cover versions of classic Pink Floyd songs, as well as originals co-written with Lemmy Kilmister, Dave Kerzner, Jon Carin, and Guy Pratt, along with other special guests.  The McBroom Sisters bring a mix of musical styles to the album blending their own soulful styles with Progressive Rock, and Classic Rock. In this time of social awakening, as African American vocalists, they bring a unique perspective into their music that is their very own. Their soulfulness flows throughout Black Floyd. There is a wonderful balance on this album of their own original songs that draw strongly from all aspects of their lives and styles and the covers of Pink Floyd songs into which they breathe an all new life with their mix of Rock, Soul, and Prog Rock styles. Songs that I have always loved by Pink Floyd now give me an additional layer of goose bumps when I listen to the magic Durga and Lorelei have added. Just their vocals alone add a layer into their music that comes from their hearts and from all the years of their lives and experiences. This is rare talent and they have been gifted with heavenly voices that can reach way down into your soul and then soar high with the angels. WOW! What a difference this makes! The proof is in the hearing and I strongly recommend this album! I personally got Black Floyd as soon as it was released, and it has a permanent place on my playlist. 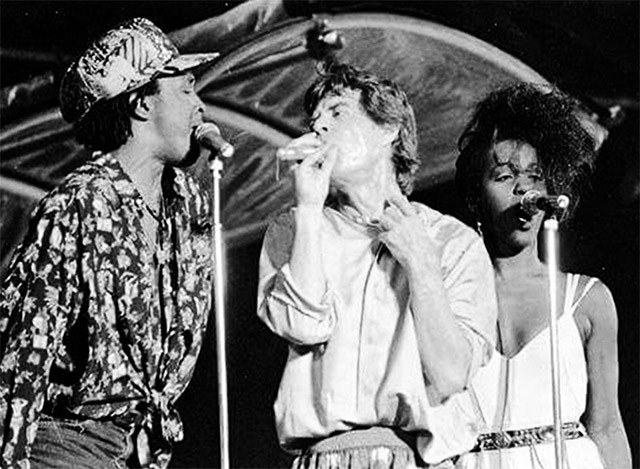 Durga and Lorelei McBroom have performed backing vocals for some of the biggest recording artists in history. Between them they have worked together and/or separately with Pink Floyd, Steve Hackett (Genesis), Nile Rogers, The Rolling Stones, Billy Idol, Rod Stewart, Brian Wilson (The Beach Boys), Blue Pearl, Boy George, and many more. Durga and Lorelei are also featured on Steve Hackett’s latest album At the Edge of Light, being featured on the chart-topping single “Underground Railroad”. They have also appeared in several films: “Flashdance” (Durga,) Rolling Stones At The Max (Lorelei,) and Pink Floyd Live in Venice (Durga and Lorelei), to name a few.

Durga has many talents having worked as an actress, dancer and singer in the United States. She and her sister Lorelei McBroom worked with Pink Floyd as backing vocalists. Durga went on to being the only backing vocalist to appear consistently on all of their shows starting from the November 1987 concert at Omni Arena of the “A Momentary Lapse of Reason Tour up to the final concert of The Division Bell in October 1994. She also performed on their appearance at the 1990 Knebworth Festival and has provided vocals for the Pink Floyd live albums “Delicate Sound of Thunder,” “Pulse” and the Pink Floyd studio albums The Division Bell, and The Endless River, as well as David Gilmour’s 2001 solo tour. Durga appeared on Pink Floyd’s last four albums: Delicate Sound of Thunder, The Division Bell, Pulse and The Endless River. Durga also appears in many videos, including “California Girls,” “Yankee Rose” and “Just A Gigolo” for David Lee Roth, “Would I Lie To You” for Eurythmics, “Day In, Day Out” for 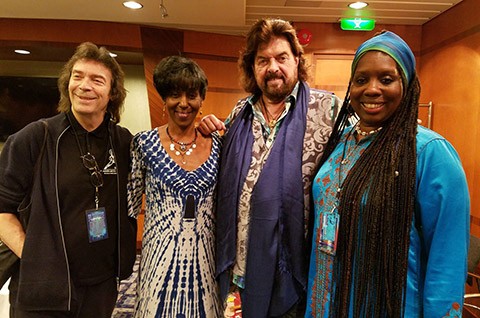 David Bowie, and “When I Think of You” for Janet Jackson.
Lorelei grew up on folk, rock ‘n roll, pop, jazz, and good soul music. Pink Floyd gave Lorelei her first exposure to the road on their “Momentary Lapse of Reason” tour and “Delicate Sound of Thunder” tour. Afterwards, Lorelei toured with the Rolling Stones. Featuring her in duet with Mick Jagger on “Gimmie Shelter” and with Pink Floyd doing “Great Gig in the Sky” respectively. Lorelei had a chance to share both the bluesy and the operatic side of her amazing voice.

Black Floyd will take you on a music journey through the soulful realms of their originals starting with the first powerful track of “Gods and Lovers” and ending with one I consider to be a real standout “Cocoon”. I love every one of their original songs on this album. It also takes you on a musical journey through the realms of Prog and Psychedelia with the magnificently done covers of Pink Floyd classics as only The McBroom Sisters can do. The legendary “Great Gig In The Sky” will immediately capture you with their incredible vocals and range. The power of “What Do You Want From Me” and “On The Turning Away” has definitely made these two favorites for me. Fernando Perdomo’s guitar work is breath taking on “Poles Apart” and “Goodbye Blue Sky”. “Have A Cigar” and “Wish You Were Here” bring their own magic to the album. The accompanying video for “Wish You Were Here” adds a new relevance and meaning to the song and reflects social awareness by Durga and Lorelei along with their desire for unity in our world. 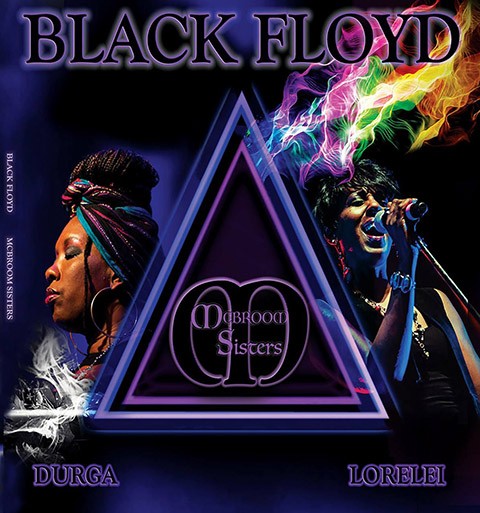 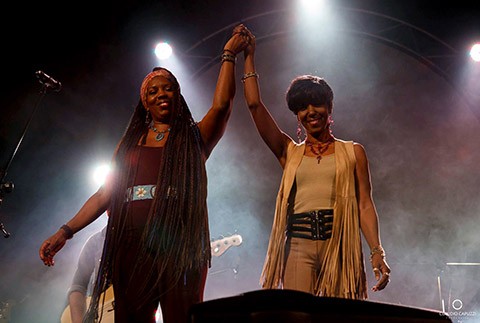