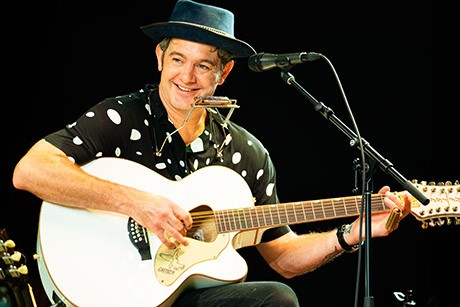 Sold out at a quarter capacity, the venue was buzzing with hints of safety and social distancing. In fact, all seating was segregated in pods and strict state regulations were being enforced. Dr. Fauci would have been proud, as masks were mandatory outside of the pods.

The night began with an announcement congratulating G. Love for the man’s first Grammy nomination for his album, Best Contemporary Blues Album for The Juice. Big congratulations to him and his band for what could be the best record of his career. It will surely solidify his place in music history as a genre-bending pioneer. If you haven’t heard it, you should definitely check it out. 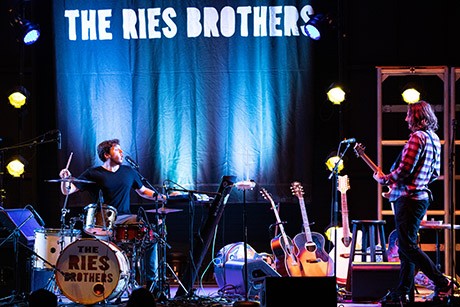 The Ries Brothers kicked things off with a blend of rock, blues, funk, and reggae into a soulful and sophisticated sound. Older brother Charlie sang lead vocals, while simultaneously playing drums and keyboard bass, giving the band its unique sound. Younger brother Kevin Jordan completes their “sonic creativity” on guitar, provides background vocals, and even cowrites many numbers. New touring member Levi Foe on keys also joined in a few ditties. There was truly something going on there. Next time, try to get to the live performance and experience it all for yourself.

G. Love took the stage, telling the crowd that he was freshly arriving from Philadelphia with longtime friend and drummer Chuck Treece. Love brought his trademark acoustic funk, ripping into “SoulBQue,” as well as “The Juice” off his new album. His voice, guitar, and harmonica held it all together. Nothing can get lost in the sauce, as the crew blazed through some old-school favorites, including “Baby Got Sauce,” “I-76,” Booty Call,” and Jack Johnson’s “Rodeo Clowns.” A small mosh pit of happy dancers refused to stay still for the duration of these G. Love songs. As a matter of fact, security had to restore order and order had to be restored up front. 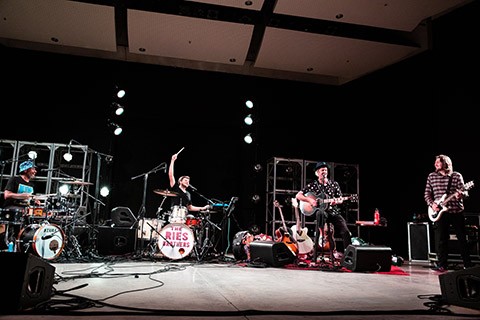 A heartfelt moment came when the headliner dedicated the love song, “She’s the Rock” to his wife Kelsey at home with their kids. He claimed it was about how lucky he is to be celebrating one year of marriage with such an amazing individual. The artist’s Juice & Special Sauce are clearly nourished by the love and passion that he’s found in family.

As the evening came to a close, he humbly thanked the crowd for coming out and supporting and exited the stage. But if you’ve ever been to a G. Love show, you know he always gives you your money’s worth. Of course, Love came back out for an encore with the Ries Brothers. Together, the talent delivered a couple of his modern classics, “Cold Beverages,” along with “Peace, Love and Happiness” to South Florida music fans’ delight.