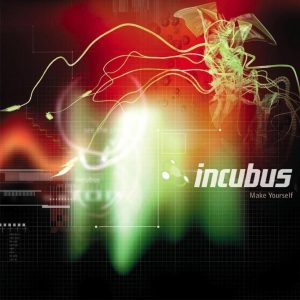 Ever since Incubus came onto the music scene with hits like “Drive” they’ve been on the road to success and they haven’t slowed down. South Florida fans will be able to experience this phenomenally talented band when they play at the Kravis Center in West Palm Beach on De­cember 1st. Their tour also brings them to Orlando November 29th at the Dr. Phillips Center for the Performing Arts and St. Petersburg November 30th at The Mahaffey Theatre.

Catching up with Turntablist/Keyboardist Chris Kilmore (Kil) in the midst of this tour, he explained how he and bandmates Lead Vocalist Brandon Boyd, Guitarist Mike Einziger, Bassist Ben Kenney and Drummer Jose Pasillas are going to perform their shows, how truly multi-talented they are and what has kept them going so strong over the past two decades.

SFL Music: Tell me about the Twenty Years Make Yourself Tour.

Chris Kilmore: Yeah, we’re currently on tour supporting a record that’s twenty years old. A record called Make Yourself. We have older material, but it’s the first time we’re actually doing like a commemorative tour for a record which is great because we get to play the record from the front to the back. The whole record, and never really done that before, and this whole tour is about that. So, it’s actually really fun. Make Yourself is the first full length record that I wrote with the band twenty years ago, and back then I was you know, just a young, bright eyed kid with two turntables, (he laughed). So, every night it takes you back to that spot, to that moment, to that time period and its nostalgic, but at the same time, it’s really refreshing. 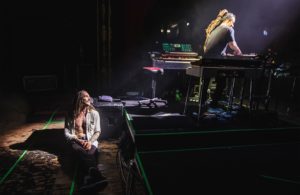 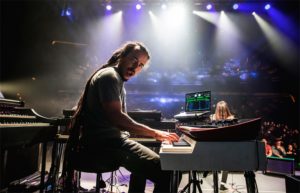 SFL Music: Was that album written for your foundation (Make Yourself Foundation)?

Kilmore: No, no. We did the foundation later. We decided to make a foundation in 2003. We wrote Make Yourself in 1998 and so we called our foundation Make Yourself because it kind of goes along with our philosophy of you are your own image. It’s what you can create your own self.

SFL Music: What charities does it support? Is it a variety of charities?

Kilmore: It’s all over the place. It’s a variety of charities. It’s charities that are close to us. If you go on the website Makeyourselffoundation.org. There’s a list of all the charities. It’s a plethora. Donated millions of dollars to the charities. In a nutshell, you know, we’re working on chari­ties. We like to help out if there’s a disaster, so hurricanes or earthquakes, fires. We have that side of it where we try to give to disaster relief. Most of the guys in the band grew up in LA and are surfers so, we try to clean up the ocean, the beaches. Give money to Breast Cancer, research. Kids with Autism. You know, anything that comes across our path that we think we can help out with; we try to.

SFL Music: That’s awesome. I know that there’s an organization for beach cleanup. Did you team up with them?

Kilmore: We did that through the Surfrider Foundation. They have pro­grams where they clean up beaches in LA. I’m sure they do it every­where. We do it in LA obviously. Then Heal the Bay is also a big one we support and they’re kind of the same thing. So, there’s a bunch of different organizations doing different things. The way we kind of filter through them all is we have a person that is the head of our charity orga­nization, kind of filters the grant requests and then she brings it to us and we go through them and then also if, for example Breast Cancer is one. I had a friend that had passed away from Breast Cancer so my main goal at the time was to try to help out other people that go through that. So, it’s really an open platform for us and things that are personal to us.

SFL Music: Since we are in October, are you doing any spotlighting for Breast Cancer Awareness this month?

Kilmore: To my knowledge we aren’t. We don’t go around promoting any one of our organizations unless it’s like something that we’re in town or we’re doing it that day.

Kilmore: Yeah, yeah. Every day we auction off VIP like Meet and Greets and you know, seats, backstage stuff for that charity. So, every day we do have some Cancer drives. Things like that, that are local as well.

SFL Music: Oh, that’s nice. Now you’re part of the writing team. What inspires you to write your music?

Kilmore: Whoa. That’s a complicated question. Everything, (he laughed).

Kilmore: Um, for me, it is life. It is things I come across that inspire me. It could be anything. You’ve got to feel something good. You know. Inspiration, it’s hard to say where that comes from. I know I’m kind of being vague, but it’s everywhere around you as long as you look for it. It’s other music. It’s other DJ’s that are just doing some crazy stuff and I look at them like, I can’t do that. How are they doing that? I’m trying to figure that out. It’s a process of learning and as you learn you get more and more inspired. You know, obviously books. It’s everywhere.

SFL Music: What drew you into music as your career?

Kilmore: I’ve always loved music. When I was a little kid my dad lis­tened to a lot of music, but my mom doesn’t listen to any music. She still doesn’t listen to any music. She keeps her radio silent in the car every day, (he chuckled). My dad would take us out, my brother and I on like Sunday afternoon drives, and we would just drive around the countryside where I lived, and he’d be playing Pink Floyd or the Eagles, The Moody Blues, Chicago. That was kind of his style of music, and I loved it, and I was always pretty technically savvy so I was always taking apart elec­tronic things growing up and stuff like that, and I think once I figured out DJ’s and producers are kind of doing what I’ve already been doing, I just ran with it and I started DJing school dances and anywhere, for anybody that would listen to me. I started getting better, so I kind of just ran with it and then to end up in this band was just being at the right place at the right time, with a lot of luck and obviously the skills to back it up as well. You know when a door opens for you, you have to decide if you want to walk through that door or not, but you better be able to musically handle what you’re about to get into. So, I think I had all of those. It was a lot of luck why I got in this band to be honest with you. I think every musician has luck on their side. You know, there’s always better musicians than you are, and there’s a lot of them that have not as fun jobs and don’t get to travel around. I always remember that, but any musician that you would talk to, of course, they’re talented, but there’s also a lot of luck that goes a long with that.

SFL Music: What would you recommend to up and coming musi­cians?

Kilmore: I could talk about that forever as well too, but I would say you have to have a lot of passion for music obviously. The hard part when you become successful and make music your career, is to hang onto that passion. So, I would say, keep that passion. Remember that, that’s why you have your job and if it means you have to say no to something but you have to take a break, or you to have separate it any way you know how, just keep that flame going.

SFL Music: That is very cool. You guys are talented in various ways. Brandon also does artwork?

SFL Music: It can be purchased? What inspired him to do that.

Kilmore: Well. That’s kind of what he does on the side. Jose our drum­mer is actually a pretty good artist too and he does stuff on the side as well. They’ve known each other since; I think since elementary school. They’ve known each other the longest in the band and they both are art­ists, and they’re amazing artists. A lot of our artwork on most of our al­bums are a combination of Jose and Brandon’s artwork. Whenever we’re on tour both of them are drawing and painting as a release. There’s a lot of downtime when we’re on tour. Like for example today, we showed up at a venue this morning and as far as the guys in the band, we don’t do anything other than interview or someone to talk to until 4 o’clock. We don’t see our instruments until 4 in the afternoon. So, there’s a lot of downtime. So, then they’re doing a lot of art stuff. Mike, he’s really tech­nical savvy and he’s kind of starting his own company and Ben makes his own music as well on the side. You know, I do my dig and it’s just something to keep you busy and keep the head sharp while you’ve got all this downtime on the road.

SFL Music: Are you looking to do anything special in Florida or any of the states you will play in?

Kilmore: Yeah, we’re going all over the country. This tour is Twenty Years of Make Yourself. That album put out in 1999 turns Twenty I think October 26th, was its birthday, yeah. So, it’s coming up its Twenty years old, so we’re playing the record from front to back and it’s not something that we’ve ever done in a concert before. This whole tour is basically commemorating that album. That’s what we’re doing, and the albums only 45 minutes, so we’ll do that, and then technically the name of the tour Twenty Years of Make Yourself and Beyond, and then what we’ll do after we play the record is thank everybody for their support and then we play some of our new stuff.

SFL Music: Is there a new album and video?

Kilmore: Yeah, we have a new song out it’s called “Into The Summer.” There’s a video for it. It’s a total Lost Boys ripoff. The song sounds kind of 80’s. It’s really cool. It doesn’t sound like anything we’ve written before. We have also new music coming out right after Christmas. We have a couple more tracks coming, but you know we wrote a record a year and a half ago. I think it was a year and a half ago now, and that was our eighth full length album. We have enough material to play for days. I think we have 138, 140 songs to play.

Kilmore: (laughed) Obviously nobody wants to hear all of them. It would take forever to play that, so we try to play somewhere close to 20 songs.

SFL Music: What would you say is the bands secret to longevity?

Kilmore: Oh, that’s a good question. I think friendship. We all are friends. We re­spect each other. Try not to scream or yell at each other in emotional states. We talk through our arguments, and I think friend­ship is the key to our longevity.