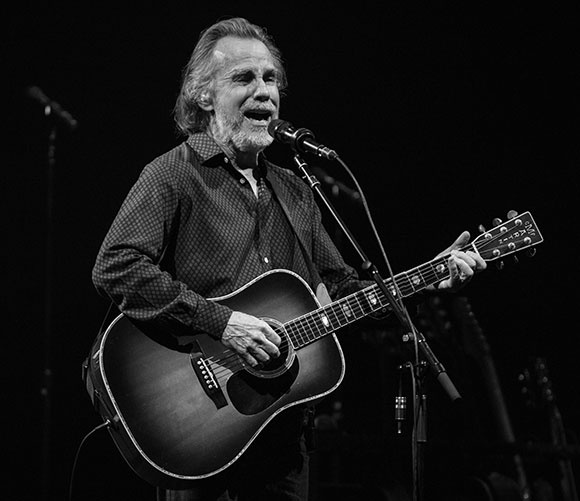 Making music for over 50 years now, you’d think he’d be on auto pilot at this point and just phoning it in. Trust me, Jimmy Buffet wishes he had put out an album like Jackson Browne’s latest, Downhill From Everywhere. In the past, Jackson Browne has been accused of being mopey, but this is no mopey folkie album. This new album, seven years since his last, is surprisingly fresh, modern, lively and downright catchy. It contains three spunky rockers that rule. It is powerful, ambitious and beautifully varied. An age reflective album, from a wiser musician who is concerned about the state of the world but still hopeful. Most surprising is how it rocks with the best of them. It is his best album in years, and close to a perfect one. It highlights the absolutely superb and distinctive guitar work of Val McCallum (Lucinda Williams, Sheryl Crow) and the talented guitarist Greg Leisz. The list of major artists that have enlisted Leisz’s guitar work (guitar, dobro, mandolin, lap steel and pedal steel guitar) is practically endless. To name a few… Springsteen, Clapton, Beck, Stevie Nicks, Dave Alvin, K.D. Lang, The Black Crowes, Joe Cocker, St. Vincent and Joni Mitchell. He received a Grammy in 2011 for his work on Ray LaMontagne’s album God Willin’ and the Creek Don’t Rise. Both these guitarists make this album a standout and make this his best band yet. Browne’s a natural Rock n’ Roll storyteller. He wrote or co-wrote all ten songs and produced the album. It is just so impressive, especially at this point of his career.

In 1972, Ed Kelleher wrote in Circus magazine that Jackson Browne “has the soul of a poet and the stance of a troubadour.” It might be added that he is a visionary artist with a sincere heart and social responsibility to make this world a better place. Randy Newman once sang, “that no one gives a s**t but Jackson Browne.” This goes way back to the 1970’s when Browne was on 1979’s No Nukes album and he was also the first artist to win the 2018 Gandhi Peace Award. So where do you begin with a genuine artist with such a stellar list of classic albums dating back to 1972? His self-titled debut album in 1972 immediately delivered two charted singles, “Doctor My Eyes” and “Rock Me On The Water,” on David Geffen’s brand new record label Asylum. It was his long-awaited debut album after he had been writing songs since 1968 for other artists, like his co-write of “Take It Easy” with Glenn Frey, for The Eagles. It has already been 50 years since he recorded “Doctor My Eyes.” Back in the 70’s, his Late For The Sky, The Pretender and Running On Empty albums showcased his genius songwriting and ability to find the best musicians to work with. He is known for his advocacy on behalf of the environment, human rights and arts education and from the start, he has been a musician who cares deeply. He co-founded Musicians United for Safe Energy (SAFE), and Nukefree.org. Good intentions aside, if he wasn’t able to deliver the goods musically, this would be a dud of an album release. The energy in his new music combined with the thoughtful, clever lyrics raises this release to the top of 2021’s best albums.

This gem of an album starts off with the song “Still Looking For Something” and Browne voicing his life lessons with acceptance, saying, “you don’t get something for nothing, baby” and “If all I find is freedom, it’s alright.” Jackson’s voice is in great form, sounding like a 20-year-old, but sprouting the wisdom and weary honesty of an older, wise soul, who still has hope but is stranded in reality.

Next, it blasts right into the infectious rocker, “My Cleveland Heart,” and Browne is an expert on affairs of the heart. There’s a fabulous video that shows his sense of humor. In the hospital room, he is the patient and his broken heart is handed to Phoebe Bridgers and they give him a large mechanical heart, made to take a bashin’, replacing his broken heart because “they never break and they don’t ache.” It was inspired when Browne came across Cleveland Heart, the place where they make mechanical hearts. Browne said, “I really could use one of those!” Perfect back-up vocals from ace guitarist Val McCallum and lap steel guitar from Greg Leisz. Pete Thomas guests from Elvis Costello’s band and Davey Faragher on bass from Costello’s band and also founder of the band Cracker. 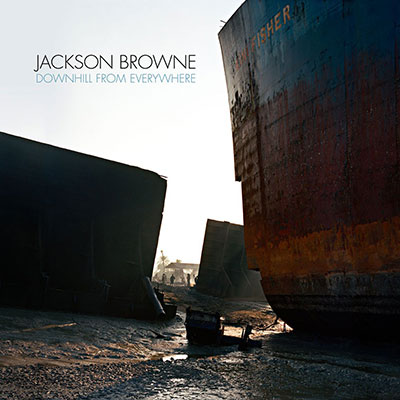 Slowing it down, “Minutes to Downtown” speaks of a younger partner and encroaching mortality. Another beautiful and memorable melody drives this song and compliments Browne’s vocals. Nice acoustic guitar and piano with perfect drumming by Russ Kunkel adds variety and complexity to this diverse album.

“A Human Touch” is a gorgeous ballad that Browne co-wrote with Steve McEwan and Leslie Mendelson. It was written for the Paul Haggis documentary 5B about a San Francisco AIDS ward, when AIDS first surfaced in 1983. It is performed by the lovely Mendelson and Browne, with Browne on piano. Mendelson’s heartfelt vocals are quite touching and this is one of the most beautiful ballads ever. The video of the two of them performing together is unforgettable.

“Love is Love” has a Calypso/Caribbean feel with global music influences bringing the message, “Hope makes life” …” Never alone on this Island of hope.” It celebrates Haiti and is light and bouncy…and hopeful.

The opening guitar chords of “Downhill From Everywhere” are immediately winning. Even if you don’t care about our ocean and our environment, as he is bringing light to the discovery of the great Pacific garbage patch sea of plastic in the ocean, the song just sounds amazing. Reminding us that “The ocean is the last stop for gravity.” It’s a call to wake up and realize that without the ocean we won’t be able to breathe. The song is beautiful and between the guitars, outstanding drums (Mauricio Lewak) and alternating killer vocals, has such a great beat.

“The Dreamer” depicts an immigrant that has come over our southern border, makes a life here and falls victim to deportation. Complete with lots of strings including the harp. Jackson loves singing in Spanish and does so here, alternating English and Spanish lyrics. He sings, “Where do the dreams go? Born of faith and illusion”…”The walls that we built between us, keep us prisoners of our fears.” He is a strong supporter of other cultures and gets some help here from musician Eugene Rodriguez (founder of Los Centzontles), who he met through Linda Ronstadt. Children that have been brought here illegally and become hard working Americans present a dilemma and it is a problem what to do with the situation. Music crosses borders and boundaries in this moving saga of illegal immigrants.

“Until Justice is Real” sounds like it could’ve been a Stones song. Very jangly Keith Richards’ guitar sounding. More great lyrics- “Ain’t on the tv, Ain’t on the phone, If you want the truth you got to find it on your own” along with perfect back-up vocals by Alethea Mills and Chavonne Stewart. 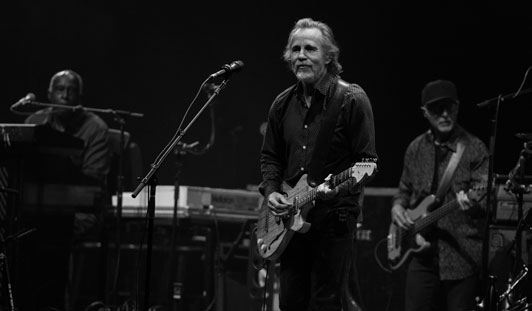 “A Little Too Soon To Say” is more reflection on Browne’s worry about the future for young people, with comforting beautiful music that is reminiscent of a Warren Zevon ballad. When asked how this song came about Browne explained that musician Grace Potter had invited him to play a concert in Vermont, and there was a gathering of young people. In fact, Warren Zevon would be proud of this entire album.

“A Song for Barcelona” is a thank you to that city for inspiring him and rescuing him in his escape from Rock and Roll, when he needed that. Luckily, he has made a strong return to Rock and Roll but not on this song, which is classic Spanish flamenco. It’s a lovely ending to a perfect album.

Admittedly opinionated, Browne makes music with a message. Browne is trying to make sense of this modern world and all the abuse, both environmental and political. Preachy? Sometimes, but love or hate his politics, one thing is for sure… he is as real as it gets. Better to deal with reality, for better or worse, and maybe try slowing down the destruction. The music is spot on, with a brilliant variety of styles that blend together and far less melancholy than some of his previous efforts. This one is right up there with his 70’s classic albums. His older great songs are still great and his new songs show that he is just as talented and relevant as ever. Browne and James Taylor are on tour together and coming our way, November 10, playing at the BB & T Center in Ft Lauderdale. James Taylor has been like an older brother to Browne and was a guide to him when he was starting out. Don’t miss this great double bill of talented troubadours!