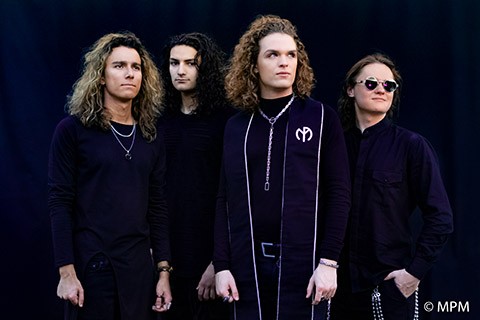 At the 2018 music festival, Rockfest 80’s, in Miramar, Florida, a young local band caught my attention. Mason Pace (and his band) impressed me enough to buy his first release, an EP called Whateverland. I enjoyed it and started following his shows, videos and Facebook postings. Just like Fiona Apple’s song “Shameika,” where Fiona sings over and over, “Shameika said I had potential,” I said to myself…he has potential. On May 20, 2021, at The Funky Biscuit, he had a pre-release sneak preview concert to promote his upcoming five track King of Hearts EP, and it sure as hell rocked. Lean and mean in all black, with a cool dangling chain necklace and flowing Robert Plant curls, he sure looked the rock star part. He turned 20 years old in June, and is already quite a charismatic and confident performer. He ripped through a powerful collection of high-octane songs off his brand-new release, King of Hearts, which is out August 6th. His official EP release show at Crazy Uncle Mike’s in his hometown Boca Raton, Florida is August 13th and expect an explosive performance of Mason’s brand of heavy metal, super-charged rock and emotionally compelling ballads. He has an absolute gift for composing ballads and everyone knows it is a requirement for any heavy metal band to have an amazing ballad or two in their arsenal. He is already collecting a large local following and has the same attitude the Bee Gees had of “We’re gonna make it come hell or high water.” So… it’s only a matter of time, as he is dead serious about his music and his path. It all began with his first guitar at age seven and he became heavily influenced by Aerosmith, Black Sabbath/Ozzy Osbourne, Primus and Robert Plant. Early on, it was determined that he had perfect pitch and he was already singing on stage at ten years old and in a band by thirteen. While still in high school, Gibson Guitars asked him to represent their G45 Acoustic guitar and he went to Nashville to showcase it. He played in two South Florida Rockfest 80’s music festivals alongside rock superstars like Vince Neil, Ace Frehley and Cheap Trick, to name just a few. He organized the Parkland Benefit concert where he fittingly played “Come Together” and also wrote the fabulous ballad, “65 Roses,” to raise awareness for those suffering with Cystic Fibrosis. 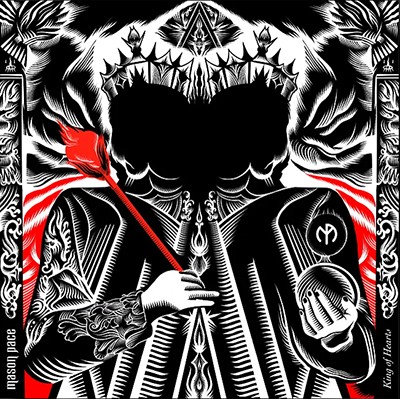 But…he’s stepping up his evolution and has been newly “reborn” as a young adult on the road to his potential being realized. Todd McFliker did a great interview with him for SFL Music Magazine’s July 2021 issue. Dean K Piper, aka Pipeman, in his Radio show on W4CY West Palm Beach, interviewed Mason and called him a “true artist who has grown into the artist he is meant to be… the complete package.” Gater radio 98.7’s Jodi Stewart interviewed him on her show and said, “You are wise and talented beyond your years.” Not only is Florida taking notice, he was interviewed in Bass Musician Magazine and also had an awesome interview with Scott Alexander Johnson, aka Scotty J., from Rock Titan TV in Pennsylvania. Scotty J. said, “he’s on the brink,” and told him to take it on the road, which Mason knows he has to do. Of course, he has to have the goods, so he has crafted a musically adventurous, dynamic new EP to add to his repertoire.

The video for his first single from the King of Hearts EP, “Reborn,” was released on June 4 th which was his birthday. It was gorgeously filmed at the ancient Spanish Monastery in North Miami Beach. The video is striking and very professional and just might give Greta Van Fleet a run for their money. “Reborn” sounds mysterious and theatrical with a great guitar intro, power house vocals and addictive chorus. It’s the perfect choice for his first single as it is hypnotic and potent. His second single and video release from this new Ep is the title track “King of Hearts.” Mason explains, “’King of Hearts’ is a song that advocates for the choice of life. I’ve experienced firsthand that the world can be a tough place to live and what horrible things people will do to themselves as a result, but we’ve got to fight through it together. My message to fans is that they are never alone.” This is reminiscent of David Bowie’s message in “Rock ‘n’ Roll Suicide,” when he comforted us with, “Oh no, love, you’re not alone… I’ll help you with the pain. You’re not alone.” Dark music can be hopeful to those suffering and can actually give more hope than shiny happy music and is more relatable to those residing in a dark hole. There are chunky driving guitars hypnotically powering the message. Robert Plant and Jimmy Page’s influence surfaces with a middle eastern, east meets west, musical sound underneath the heavy metal power chords, which adds a nice complexity and dimension. It’s also another great professional video that can stand with the best of them. 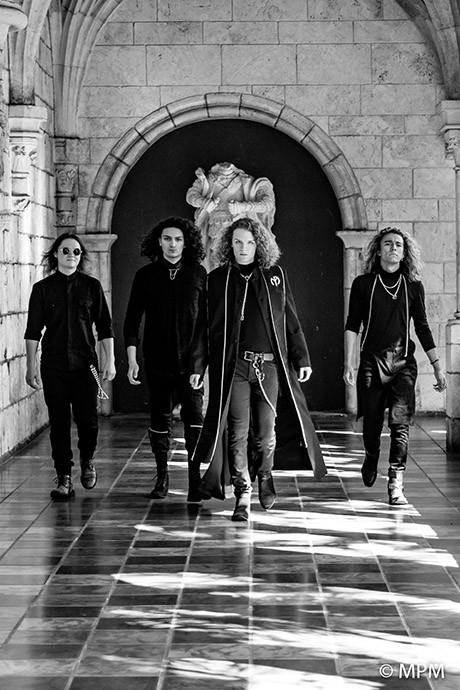 “Take A Look” has an intricate acoustic guitar intro with a seductive flamenco flair before progressing to throbbing electric power riffs with more themes of hopefulness. He consoles, “I know we’ll survive as the darkness turns to light,” and the King of Hearts majestically croons, “I am the one you’re looking for… I’m what you’ve never seen before.” The reflective “The Road” reaches out to all those whose feel alone, with the somber lyrics, “I wonder how I’m still alive… I don’t want to feel alone… this lonely road.” The year 2020 has brought out a sadness and gloom in so many with a feeling of walking alone through life. It’s a reality that Mason is trying to help others fight through to get to the other side. It is universal, striking all ages and walks of life. “Fernglade” is a melodic ballad that highlights his beautiful vocals and is a moving tribute to his grandparents, with memories of being with them in Houston, Texas. His vocals are spot on and he has proven that his power ballads have timeless appeal. His band consists of superb musicians who fill out the massive sound with freshness and raw power but compliment him on the softer moments as well. Alex Abassi is fierce on drums and the talented Cameron Martell on bass is a perfect power blend with Mason’s dynamic fretwork. Kayla Frey has been providing backing vocals on stage and has added visual appeal for many live performances. Brent Woods (guitarist for Sebastian Bach), who Mason met backstage at Rockfest 80’s in 2017, has done an outstanding job of producing this EP.

Mason just completed designing his new logo that he calls, “Altered Peace,” which uses his initials M and P to form an upside-down peace sign. His brand-new merchandise line includes shirts, hats, coozies, hoodies, crop tops, pins and branded M & M’s. All top of the line and super cool. Kudos to his marketing skills, which is his major at Florida Atlantic University. Great marketing aside, can he back it up musically? Sounds like he can. He pours his heart and soul into his first-class recordings and is a natural performer. Mason knows that people want concerts and he excels in live performances and is more than ready to oblige with his first ever tour throughout Florida in the fall. Check masonpacemusic.com for tour dates that will be posted as soon as their tour dates are finalized.

No matter what anyone says, rock is alive and well. Florida has a surplus of cover bands and a shortage of great original rock bands and Mason’s clearly a man on a mission. Let it be known that even though Mason Pace and his intense band do absolutely killer cover versions of Led Zeppelin, The Beatles, The White Stripes, Blue Oyster Cult and even Billie Eillish, they are NOT a cover band. This man is on a mission to rock the world and he is ready. “Screw the baby steps,” as Mason says. His motto: “Go big or go home.” How about a global tour and world domination? Worked well for Lemmy’s Ace of Spades. Go Mason… pack your bags and play your cards. The King of Hearts Rules!