(Delray Beach, FL – October 14, 2021) MusicWorks today announced that is presenting a seven-concert Classic Folk & Rock Series, running January through March at the intimate and easily accessible Boca Black Box Center for the Arts, located in Piccadilly Square at 8221 Glades Road (33434). Tickets are now available for purchase online at www.BocaBlackBox.com or by calling 561.483.9036.

Brothers Again: The Music of The Allman Brothers – February 2

Stayin Alive: One Night of The Bee Gees – March 8 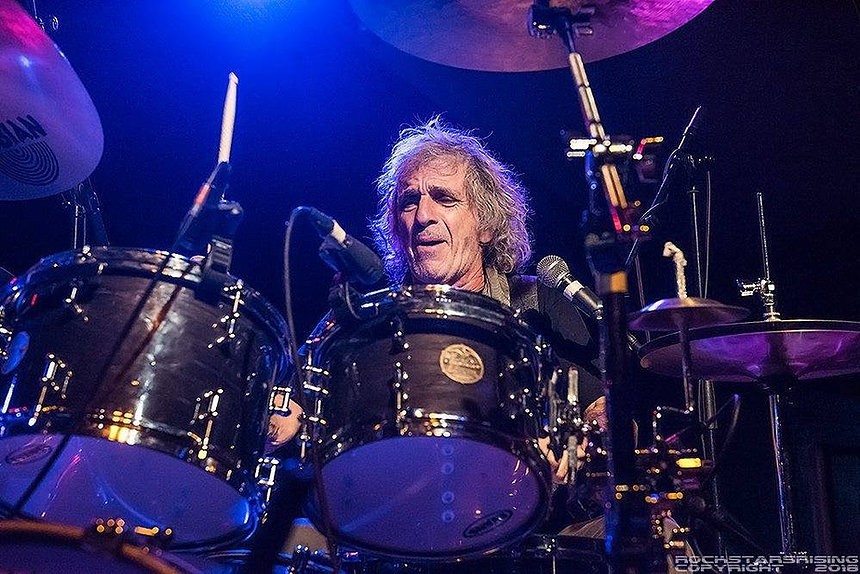 Best known as the powerhouse rock drummer with the group Mountain, the career of Corky Laing has lasted well past the supergroup where he made his name. Laing has also collaborated with John Lennon, Bobby Keys, Ten Years After, Meatloaf and bassist Noel Redding, formerly of the Jimi Hendrix Experience. Hear the immortal Mountain classics Mississippi Queen, Nantucket Sleighride, Never in My Life, Don’t Look Around, and many others. 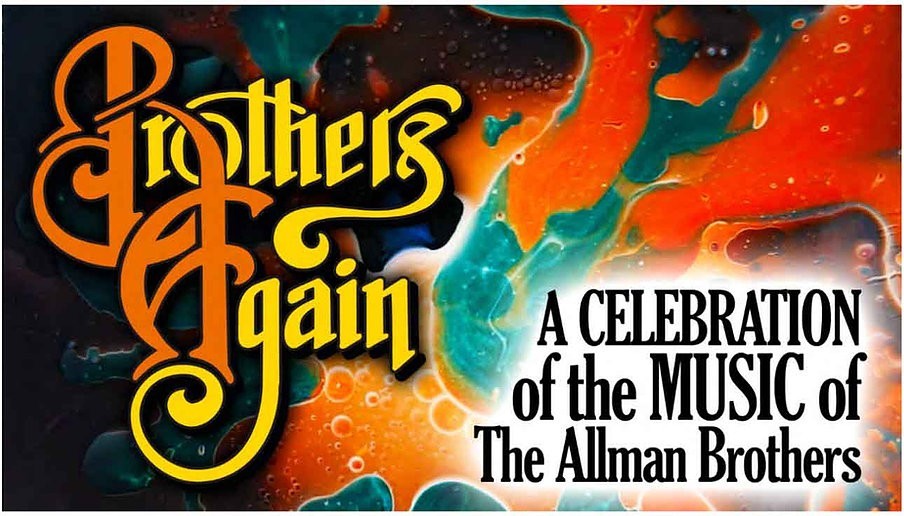 Brothers Again, The Music of The Allman Brothers Band

Celebrating their 50th rock anniversary tribute concert before the pandemic closed live performances, Brother’s Again-A Celebration of the Allman Brothers, now pick up where they left off with their own authentically produced and presented show. Southern rock is alive and well and authentically celebrated by this seven-person band. Performed with passion and a high respect for The Allman Brothers Band’s unique blend of rock, blues, jazz and Texas Swing, this multi-media tribute includes many of the band’s biggest hits, including One Way Out, Blue Sky, Ramblin’ Man, Whippin’ Post, Revival, Dreams, Done Somebody Wrong, Statesboro Blues, Ain’t Wastin’ Time No More, Blackhearted Woman, Midnight Rider, and more. 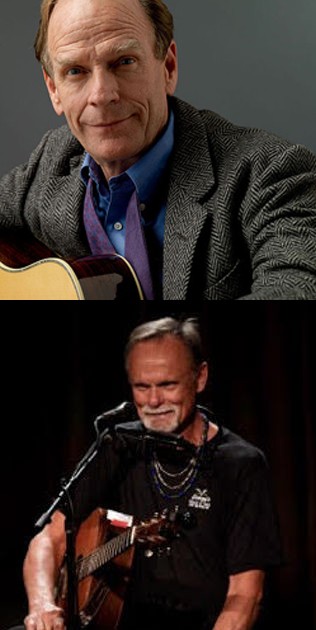 + From top-40 hits I Will Be in Love with You and I’ll Come Running, to I Can Dream of You and Boatman, the last two recorded by his brother James, the creative input of Livingston Taylor has continued unabated. His musical knowledge has inspired a varied repertoire, and he is equally at home with a range of musical genres—folk, pop, gospel, jazz—and from upbeat storytelling and touching ballads to full orchestra performances. Livingston has never stopped performing since those early coffeehouse days, shared the stage with major artists such as Joni Mitchell, Linda Ronstadt, Fleetwood Mac, Jimmy Buffett, and Jethro Tull, and he maintains a busy concert schedule, touring internationally.

+ Warm as summer sunshine, real as the truth, intimate as a long overdue visit between old friends … such is a Jonathan Edwards concert. Four decades into a stellar career of uncompromising musical integrity, the man simply delivers, night after night – songs of passion, songs of insight, songs of humor, all rendered in that pure and powerful tenor which, like fine wine, has only grown sweeter with age. 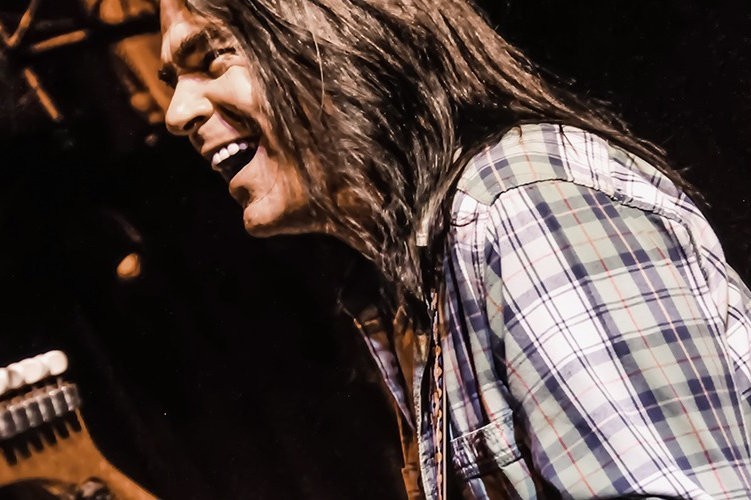 Broken Arrow performs the music of Neil Young, featuring both the rockin’ electric Crazy Horse tunes and the more acoustic, pedal steel driven country rock material. The band delivers these classic songs faithfully while taking them out on some jamming excursions and tastefully tweaking some of the arrangements. Joe Mass nails the Neil vocals perfectly and the harmonies are spot on. These guys always have audiences on their feet singing along and demanding encores at every show with favorites that include Cinnamon Girl, Heart of Gold, Only Love Can Break Your Heart, and, of course, Southern Man. 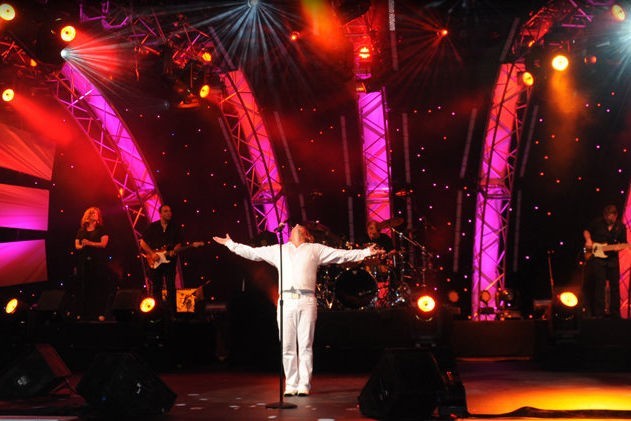 Stayin’ Alive: One Night of The Bee Gees

This concert offers audiences the songs and sights of a full Bee Gees play list, singing blockbusters such as Night Fever, Jive Talkin’, How Deep Is Your Love, You Should Be Dancing, Nights on Broadway, and Stayin’ Alive. In addition, they perform softer poetic ballads such as I Started a Joke, Massachusetts, Fanny Be Tender, Words, and To Love Somebody among other great hits. Offering big screen video clips, photos, and dazzling imagery. Stayin’ Alive is the quintessential tribute band to the Bee Gees, capturing the excitement of live performance and the tender subtleties of the human voice. 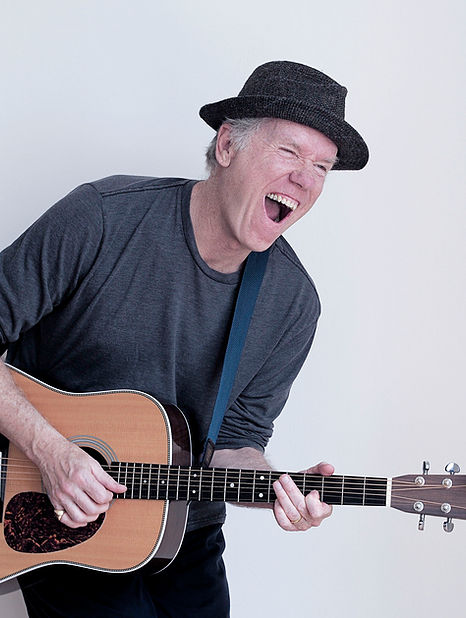 Loudon Wainwright III is an American songwriter, folk singer, humorist, and actor. To date, Wainwright has released 24 studio albums, 4 live albums and 6 compilations, as well as appearing in at least 18 television programs and feature films. He was recognized as a 2010 GRAMMY Winner (Best Traditional Folk Album) for High Wide & Handsome: The Charlie Poole Project; received two previous GRAMMY nominations: I’m Alright (1985) and More Love Songs (1986). His songs have been covered by Johnny Cash, Bonnie Raitt, Earl Scruggs, Mose Allison, Big Star, Freakwater, Norma Waterson, Kate & Anna McGarrigle, as well as his son Rufus Wainwright. According to Stephen Holden in The New York Times, “Mr. Wainwright has proved to be far and away the most candid diarist among the singer-songwriters who brought confessional poetry into popular song.” 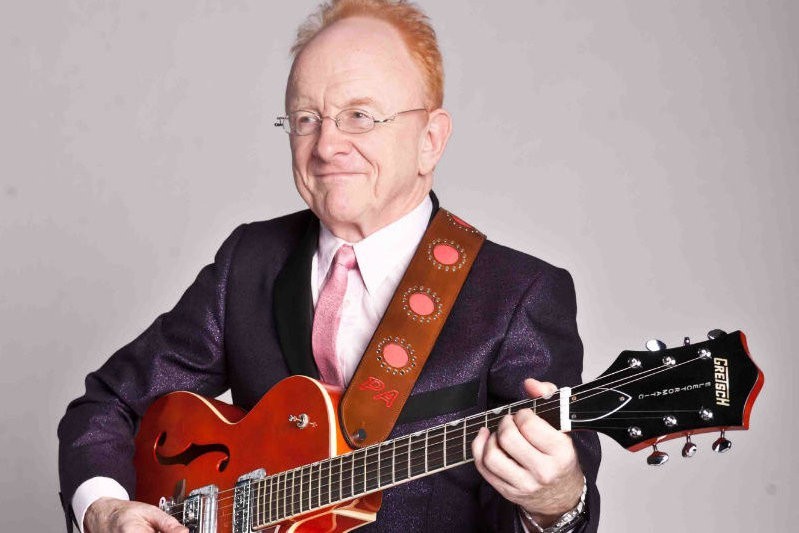 Peter Asher, A Musical Memoir of the 60s and Beyond

Peter Asher is a British guitarist, singer, songwriter, manager, and record producer. He came to prominence in the 60’s as a member of the pop music vocal duo Peter and Gordon. They amassed nine Top 20 records during their career. As a record producer and manager, Asher knew anyone who rocked and everyone who mattered in the business, with The Beatles at the top of a long list of celebrated artists. He has been awarded gold and platinum albums, produced 13 GRAMMY Award winning recordings, and was honored individually as “Producer of the Year” in 1989. In addition to The Beatles, he has worked with James Taylor, Linda Ronstadt, Joni Mitchell, Billy Joel, and many others. He will share stories and many familiar songs that he wrote, including Bye, Bye Love, I Go To Pieces and Lady Godiva.

How to Get Concert Tickets:

Tickets for each of the seven Classic Folk & Rock Series concerts and the can be purchased online at www.BocaBlackBox.com or by calling the Box Office at 561.483.9036.

2. Brothers Again: The Music of the Allman Brothers – February 2