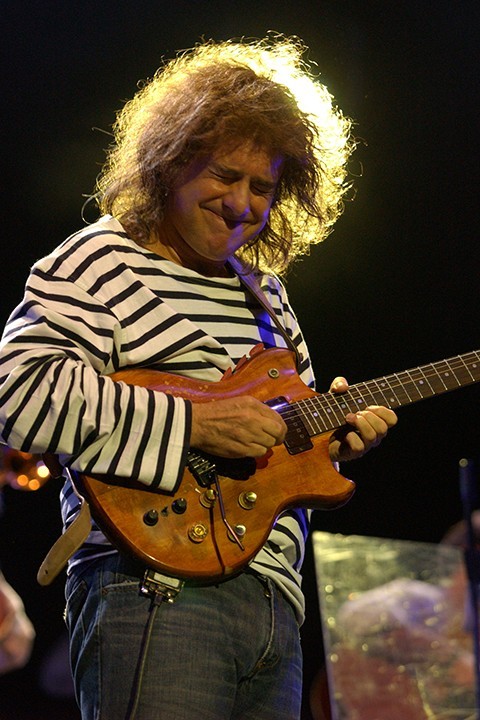 The worldwide tour with more than 100 stops will feature the phenomenally talented pianist/organist/ keyboardist James Francies. The drum chair has been filled to date by some of the most exciting players around, including Eric Harlant, Anwar Marshall and most notably Marcus Gilmore, who is spotlighted on the recording. Joe Dyson will be featured on the tour as well.

The last time I had seen Pat Metheny live was at the James L Knight Center in the early 90s, and it was an incredible show. I was so excited for this opportunity that I planned on arriving 30 minutes early of the scheduled 8:10 start time to make sure I was mentally prepared for the musical Jazz mastery that was about to happen. What I didn’t account for, was that the Miami Boat Show was in town, and the added traffic was ridiculous. I wound up watching the opening songs “Turnaround” and “Have You Heard” on the video monitors in the lobby. Metheny began with those two songs as a series of duets, the first one with Dyson, the second with Francies. As I was finally able to walk down to my seat, the Trio came together for “So it May Secretly Begin.” The next several tunes featured the full trio including a romp through “Bright Size Life” from Metheny‘s first album as a band leader released in 1975. 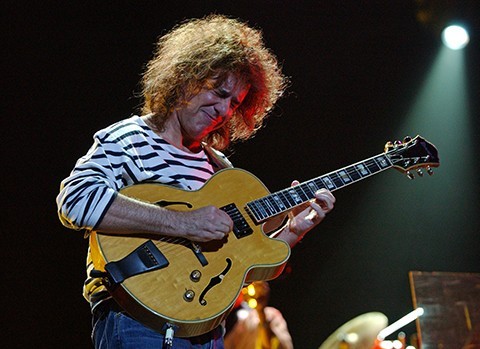 Without a pause, the band shifted into another selection from Letter from Home, “Better Days Ahead’ again sounding like a much larger ensemble. Francies played as if he had three hands throughout the night. The absence of a bass player was never really an issue, and Dyson played like a man possessed. It almost seemed like Metheny was making up for lost time, making sure to get in as much in as possible, from lightning fast notes and switching from his trademark Ibanez semi hollow body to his Roland guitar Synth. At one point he even brought out a fretless acoustic/electric guitar and proceeded to challenge the audience’s tolerance for dissonance with a wild version of “offramp.” As if that wasn’t wild enough, he was then brought out his 42 string Picasso double neck harp acoustic guitar, on which he played “Into the Dream” by himself. The guys came back on to finish the set as a trio with “Zenith Blue.” 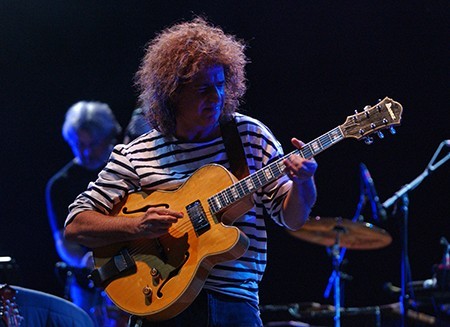 As amazing as his playing was, there is something special that happens when Metheny gets a chair and plays an acoustic guitar by himself. He began a medley that included bits of “Phaze Dance,” “Minuano” and “Last Train Home.” He switched between fingerstyle and flatpicking effortlessly and his use of a footstool under his right foot, instead of his left foot, is another of his remarkable oddities. Another observation is the fact that he rarely bends the strings on a guitar, like many other rock and blues players. Instead, he slides his fingers a few frets to essentially produce the same sound. Technically, it’s more work, but being the master he is, it goes unnoticed.

As Metheny finished his solo acoustic medley, he took another bow and walked off stage. The trio then returned for their final encore which included “Are You Going with Me?” and “Song for Bilbao.” They took their final bow and headed off into the night. The concert was everything I had hoped for. It was a fantastic display of musicianship by one of the greatest jazz guitarists of all time, while his band mates were with him every every step of the way.