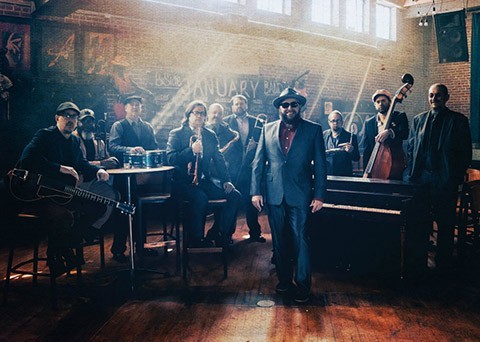 Leave The Light On is the second, and first studio release from The Love Light Orchestra. Formed in 2016, the ensemble is loaded with a baker’s dozen of extremely talented musicians whose musical M.O. has long been old school Memphis Soul. For this project, those maestros are: John Nemeth on vocals; Joe Restivo on guitar; Gerald Stephens and Al Gamble on piano; Tim Goodwin on upright bass; Matthew Wilson on bass guitar; Earl Lowe on drums; Marc Franklin – who also did the horn arrangements, Scott Thompson and Paul McKinney on trumpet; Jason Yasinsky on trombone; Art Edmaiston on tenor sax; and Kirk Smothers on baritone and alto sax. The album features nine original tracks and a Lowell Fulson cover.

With a side of some swing, “Come On Moon” is the disc’s most traditional blues style track of the bunch. That, in part, is due to Joe’s sometimes subtle, sometimes scorching, and all the time skillful guitar work; the deep rhythm groove led by Tim on the big ol’ bass, Earl’s deft drum work and some extra added bottom from the blowin’ of Kirk’s baritone sax; and, of course, John soulfully and powerfully belting out the hell out of the vocals.

Although B. B. King had a hit with the song in the early fifties and is often credited to it as well, “Three O’Clock Blues” is actually a song that was written and recorded by Lowell Fulson in the mid-forties. That said, with the way John’s stretching the song’s lyrics, his slow and soulful delivery of them, and his improvisations, there no question he’s offering homage to the King. Musically, with Joe’s scorching slow blues licks, Al’s piano leads and the full horn section – led by standout trumpet leads from Marc and Scott: it’s got the feel of a B. B. Classic as well. 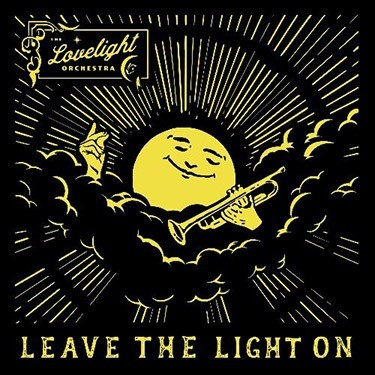 Yes, John’s killing it vocally as he is on every other track; Tim and Matthew are again in their usual groove on the drums and upright bass; however, “Give Me A Break” really belongs to the brass section. With the heat that Jason, Art and Kirk are blowin’ out on the trombone, tenor and baritone saxes behind them, Marc and Scott cause the thermostat to burst with their brilliant synchronic trumpet highlights. Horn section, take a well-deserved bow.

Hypothetically speaking of course, if The Love Light Orchestra were asked for a demo that showcased their vintage soulful sound, “After All” is what I’d expect they might send. Less than thirty seconds in, the listener would flat out know it’s stuff like this that put the “old” in old school and the “real” in real deal. John’s fabulous thirty-second mid-song whistling standout definitely brought me back to the early fifties. I grew up listening to one of the greatest whistlers I ever heard – my father. He’d spin his Frank, Tony, Ella and Dinah records on the Victrola and from start to finish he’d nail every note. Back then we lived in a non air conditioned three story apartment in Brooklyn, and with all the doors and windows open in the summer, half the block heard – and loved – him as well. Thanks for inducing that memory, John.

Along with the usual goings on, the disc’s title track – “Leave The Light On” – is a swingin’ shuffle that features the spotlight being set on Gerald as he lays down some of the disc’s best piano work.

Other tracks on the most impressive project include: “Time Is Fading Fast”; “I Must Confess”; “Tricklin’ Down”; “Open Book”; and “Follow The Queen”.

During my fifteen or so years as a member of the Blues Music Awards nominating committee, because of so many worthy artists and entities, all of the several categories involving soul blues were always the most difficult for me to narrow the field to five. Having said that, if I were still a nominator, come 2023 – when Leave The Light On will be eligible – I’d have no difficulty here. This one would be on the top of my “Soul Blues Album”, “Soul Blues Male Artist”, “Band Of the Year” and “Instrumentalist – Vocals” lists.

To find out more about The Love Light Orchestra, just go to – www.lovelightorchestra.com – Peter “The Blewzzman” Lauro