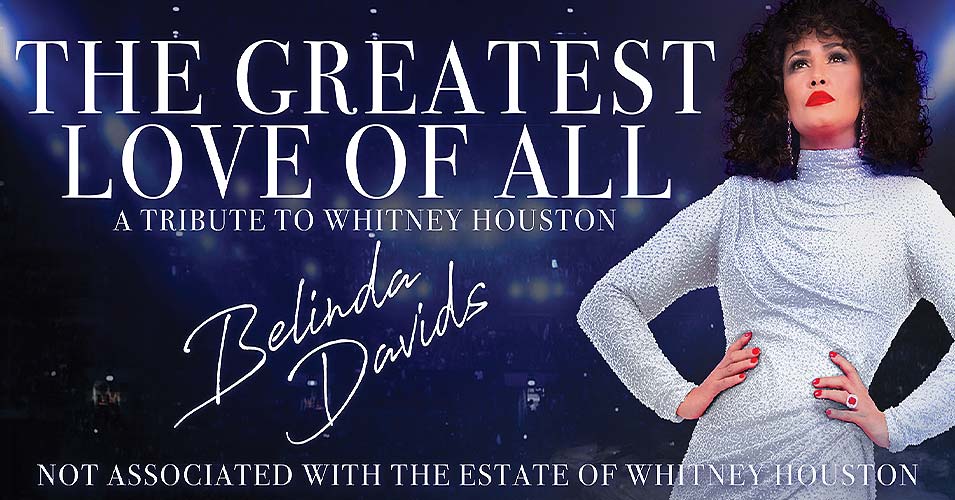 “If you never had the pleasure of seeing Whitney Houston live, Belinda Davids in The Greatest Love of All is the closest you will ever get.”
-The Reviews Hub

“Few master it like Houston; Belinda Davids is one of them. She brought 4,500 in attendance to their feet with her pitch-perfect performance…”
-Houston Chronicle

“… the type of vocal ability that puts Mariah Carey to shame. She really is a star and her voice will have you in tears.”
-Independent Online

“Davids is mind-blowingly spot on as Whitney Houston.”
-Australian Stage

“Belinda Davids’ thrilling tones, consummate vocal control and staggering four-octave range are as close as a singer can get to replicating Whitney Houston’s voice.”
-Herald Sun

“The Greatest Love of All: The Whitney Houston Show is a creative triumph on every level.”
-Nick Pilgrim

“For one brief moment in time, Whitney Houston
\was brought back to life…”
-Wanganui Chronicle