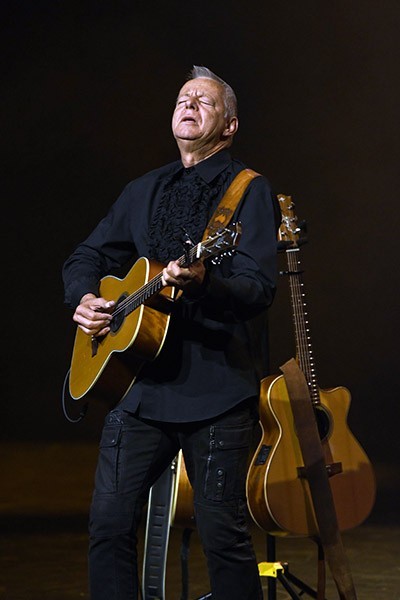 Brilliant guitar extraordinaire Tommy Emmanuel has been dazzling audiences for decades with his amazing finger style acoustic playing. Tommy began his journey playing the guitar when he was just six years old! His musical parents realized the talent he had and brought the family on the road as a musical act where he, his older brother and parents played shows throughout Australia. He continued honing his guitar talent and styled his playing after listening to the great Chet Atkins. In the 70s and 80s He played around in a several bands and did a lot of recording session work in Australia. In the late 80s, he embarked on his truly inspirational solo career.

Tommy‘s latest tour included a stop on Friday, May 13th at Fort Lauderdale’s The Parker. A few minutes past 8pm, a young gentleman by the name of Gareth Pearson opened the festivities. Pearson is an up and coming solo acoustic guitar star in the making from Wales. You could immediately hear the Chet Atkins and Tommy Emmanuel influence in his playing. The obvious Tommy Emmanuel influence is that he uses the same rare Australian made ‘Maton’ guitar brand that Tommy himself uses. Pearson seemed quite humble and was very pleasant. He answered a few questions from the crowd with his Welsh accent, even though this was not a ‘question and answer’ type show! Gareth’s 40-minute set included several original compositions and his finger style interpretations of Bruno Mars’ ‘Uptown Funk’, Michael Jackson’s ‘Beat it’ and his closing song, Doc Watson’s ‘Black Mountain Rag’.

At ten minutes past 9pm, Tommy Emmanuel casually strolled on stage with his ‘Maton’ acoustic guitar and proceeded into his first song ‘Half Way Home’, no backing band to share the stage with, just he and his trusty guitar. Over the next 90 minutes he entertained us by playing his own songs and his renditions of classic songs from the blues, the Beatles and pop culture. He had the crowd mesmerized with his intricate right hand finger picking style. 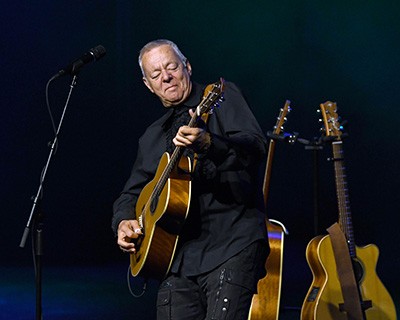 A few songs into his set, he got the crowd to join him in a sing-along to the song ‘Mind Your Own Business’. He had us all yelling ‘mind your own business’ at him right after he sang the phrase to us. I was quite surprised how many people got out of their seats to yell the phrase back at him!

While Tommy’s set was mostly acoustic instrumentals, he sang over several compositions.

Midway through his show, the guitar gymnastics temporarily stopped. He sang his a cappella song ‘today is mine’, a haunting tune about appreciating the opportunity to make each day a new beginning.

To close the show, Tommy called Gareth back to the stage to join him for the song ‘Dixie McGuire’. Tommy and Chet Atkins had played this number together years ago before Chet’s passing. Tommy mentioned how special it was to him when he and Chet played the song. Now it is like he was the senior guitar master sharing the stage with the new young gun. The two acoustic guitars sounded like an orchestra! The two men then took their bows and headed offstage. 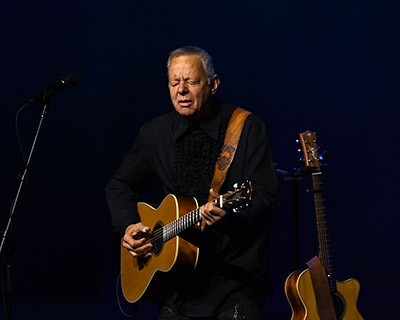 Tommy came back on for an encore that included a Beatles medley. He frequently slaps the guitar with his right hand to give a percussive effect to his songs, especially towards the end of the song, to give it an exciting ending. The stage lights above him synchronized to his beat, it’s quite an aural and visual spectacle! At the end of the last song of the night ‘Classical Gas’ he used both hands to make the guitar his own personal ‘beat box’, essentially performing a drum solo using only his guitar!

Tommy then thanked the audience as well as his crew. He then walked off stage to a standing ovation.

How one man and an acoustic guitar can keep an audience completely entertained for an hour and a half is truly amazing! Tommy Emmanuel is clearly a ‘must see’ for any music fan!