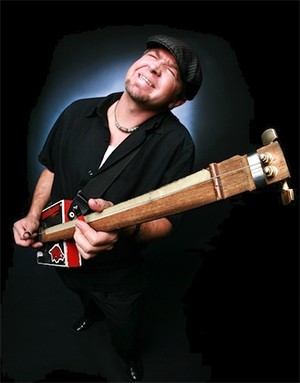 The Ali Cultural Arts Center is excited to expand the South Florida musical landscape by providing a stage for the area’s best bands with the Live and Local Concert Series, showcasing all genres, including rock & roll, hip-hop, grunge, reggae, blues, classic pop, alternative and more! The series continues on Friday, May 20, 2022, at 7pm, featuring powerhouse blues guitarist and vocalist J.P. Soars. Tickets are $10, available at www.pompanobeacharts.org

“We are so excited that this award-winning, internationally renowned musician will be playing on the Ali stage,” said Phyllis Korab, Director, Cultural Affairs Department. “J.P. Soars has been the recipient of continuing critical acclaim, has enjoyed extensive worldwide airplay, and his recordings have been in the top rungs of every major blues chart.”

Soars is a blues singer, guitarist, songwriter, and record producer. In 2021, he was nominated for a Blues Music Award in the Contemporary Blues Male Artist category. A 2009 winner of the International Blues Challenge, Soars has released six albums, including his most recent collection, Let Go of the Reins in 2019. A gritty and expressive vocalist, Soars elicits signature tones from hollow-body guitars, and employs a home-made two-string cigar box guitar for his incendiary slide guitar playing. He has toured extensively in Germany, Holland, France, Switzerland, Luxembourg, Austria, and Colombia, as well as throughout the United States and Canada. In the past two years, Soars and his backing band the Red Hots have also played the Peer Blues Festival in Belgium, sharing the stage with Buddy Guy, Joe Bonamassa, Brian Setzer, and Larry Graham, and the Mississippi Delta Blues Festival in Caxias do Sul, Brazil before 10,000 people.

Space is limited. No tickets are sold at the door. Food and beverages will be available for purchase. 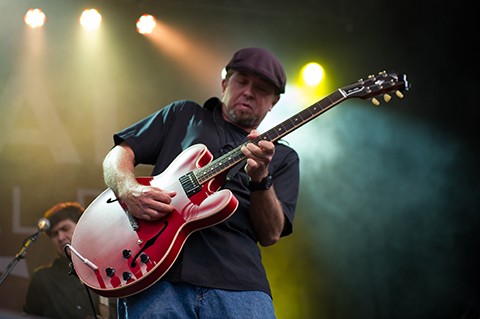 The next Live and Local will be Friday, June 17 at 7 pm featuring Positively Africa, the premier contemporary African band of South Florida, specializing in a compelling blend of Afro-fusion, jazz, funk and traditional rhythms.